Erling Haaland and Phil Foden scored hat tricks on Sunday afternoon as Erik ten Hag was humiliated in his first Manchester derby. Manchester City destroyed rival Manchester United 6-3 at the Etihad and moved to within a point of Premier League leader Arsenal. It was a crucial win that kept the Cityzens in a better place to defend the Premier League title which they won last season.

It was Haaland’s third hat trick of the season and his third in successive home league games. He once again proved to the world why he is a goat in making. His team mate Phil Foden also scored a hatrick. The Red Devils goals were scored by Antony Santos and Anthony Martial (twice). 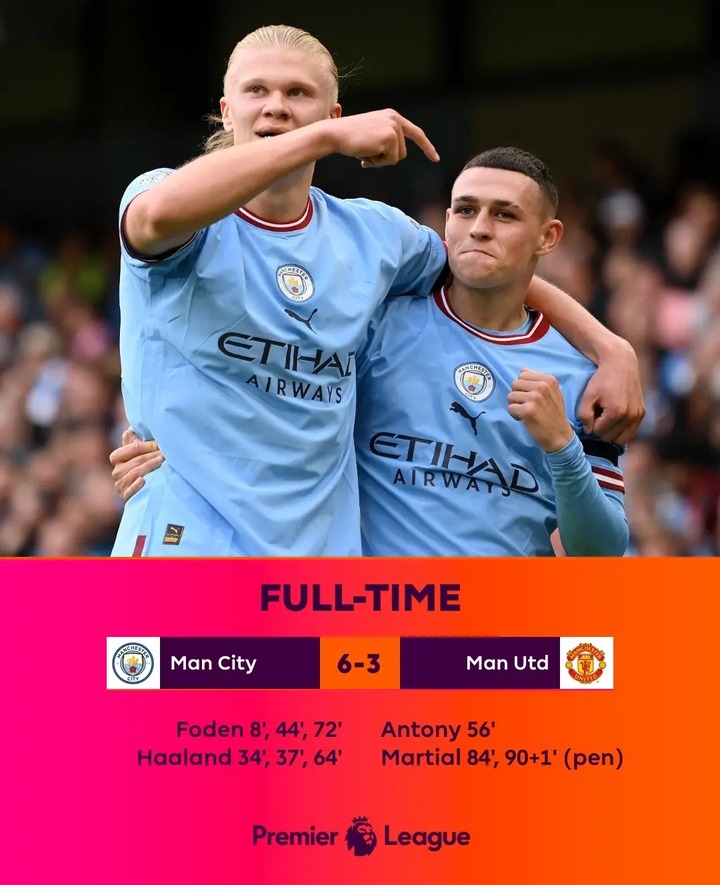 It is a win that brought a huge change in the Premier League table. United dropped out of the top five. They are currently 6th in the table with 12 points and a negative 3 goal difference. Man City maintained their second place but now with 20 points and positive 20 goal difference. Arsenal still lead with 21 points.

Third place is Tottenham Hotspur who lost 3-1 to Arsenal this weekend. They have 17 points. Brighton which drew 3-3 with Liverpool closes the best four. They have 14 points. Chelsea are fifth with 13 points.

Below is the current full table standings. 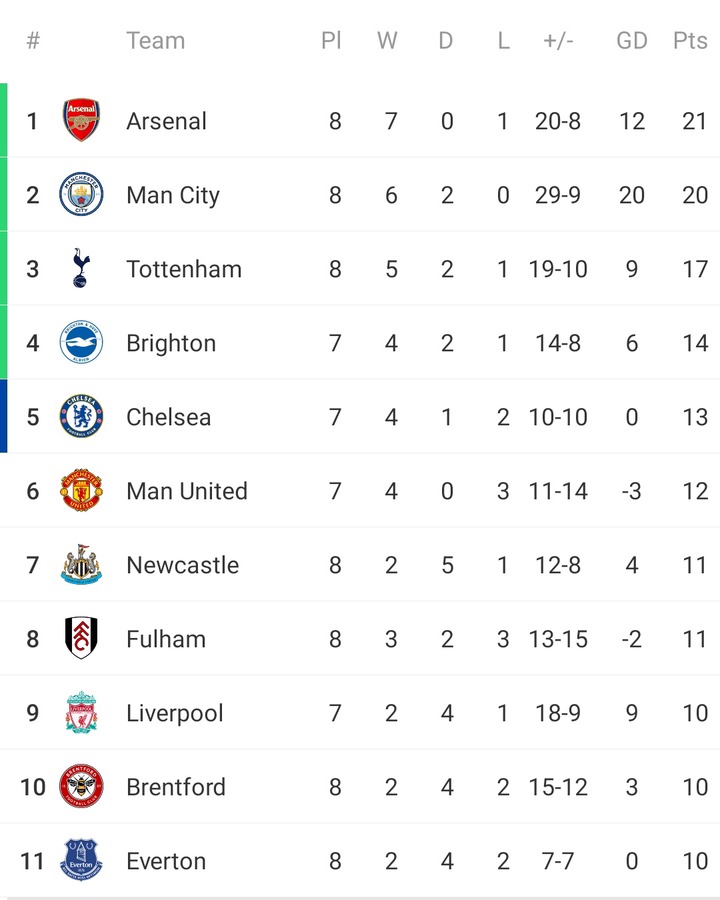 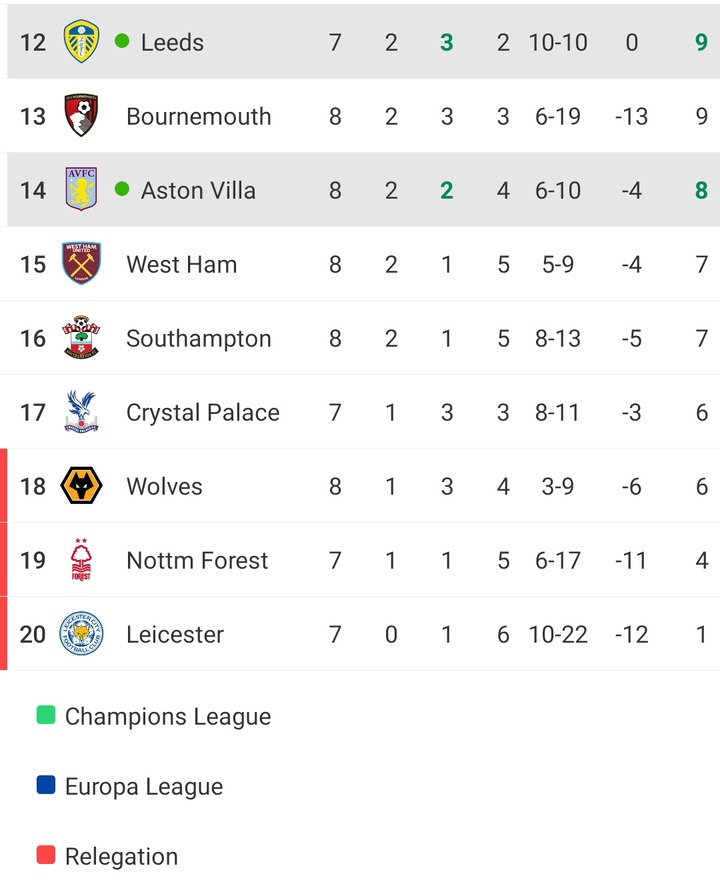 The teams in the relegation zone are Wolverhampton Wanderers, Nottingham Forest and Leicester City. Leicester remains the only team without a single win this season. They have played 7 games so far where they have lost 6 and drawn one.

Which team do you think will win EPL this season? Comments below.