By NewsArena (self media writer) | 21 days ago 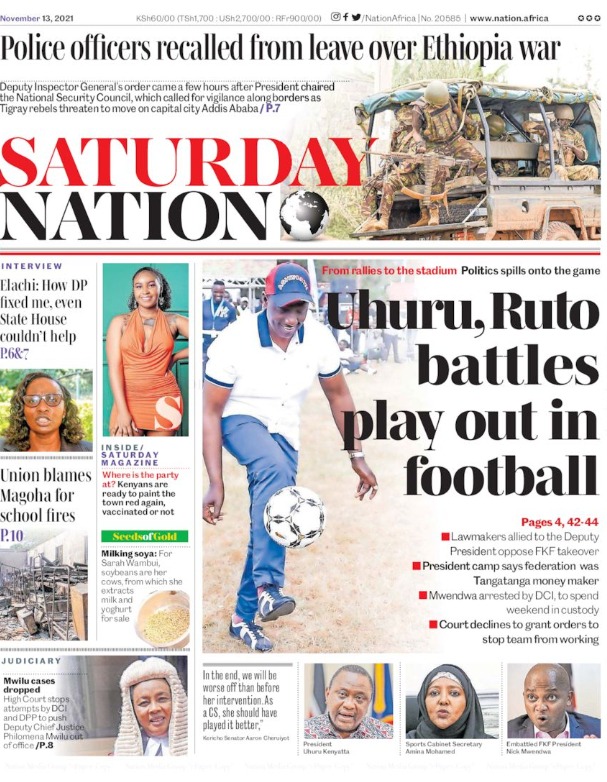 The Saturday Nation Newspaper focuses on the bitter exchange between the Kieleweke and Tangatanga factions of the government regarding the dissolution of the Football Kenya Federation, FKF.

Ruto's allies castigated the move by Sports CS Amina Mohammed to dissolve the football body arguing that due process was not followed. Led by nominated Senator Millicent Omanga, they had faulted Amina's unnecessary "chest-thumping" in the ministry.

Allies of President Uhuru Kenyatta on the other hand, have claimed that the DP and his followers were directly benefitting from the funds being given to FKF by the government. They have said that FKF was the major financier of Ruto's rallies and his multi-million-weekend donations. 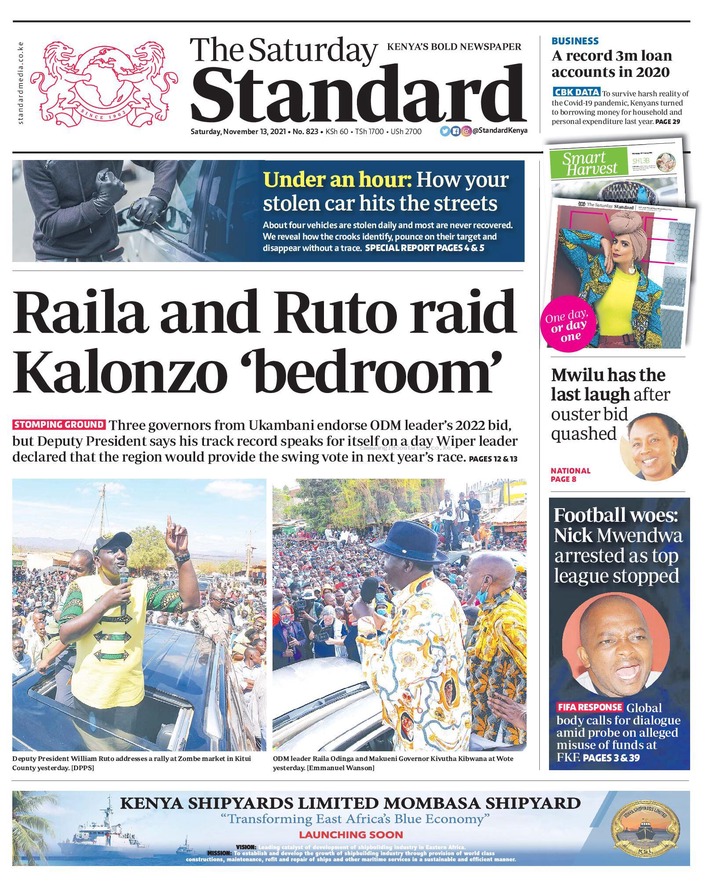 The Standard highlights the twin mega rallies held in Ukambani by Ruto and Raila yesterday. The two equally attracted mammoth crowds but Raila had with him the support of all the Ukambani governors, Ruto was alone. Kalonzo also had no say in the two campaigns which questioned his authority in the region.

Taifa Leo reveals the thin veil preventing Raila from being called a state project. The newspaper argues that the ODM leader has been enjoying the support of almost all government officials and ministers. Notwithstanding the state machinery that has been donated to him. They then pose the question of how can he not be a state project? 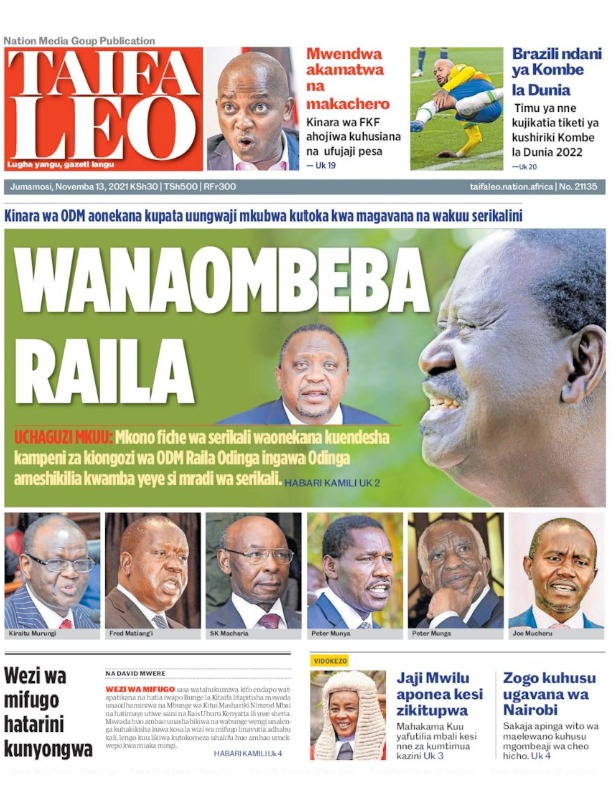 The People Daily newspaper writes about Ruto's cash handouts in every rally he presides over. The DP uses close to 10 million every weekend donating cash to Bodaboda riders, local traders and the downtrodden of every region he visits and every stop he makes.

His cash handouts are now the centre of controversy with his opponents saying that they are proceeds of corruption. The handouts have also led to mayhem and chaos due to unequal distribution in places he visits for example in Kondele and Kisii where he witnessed hostility due to the cash. 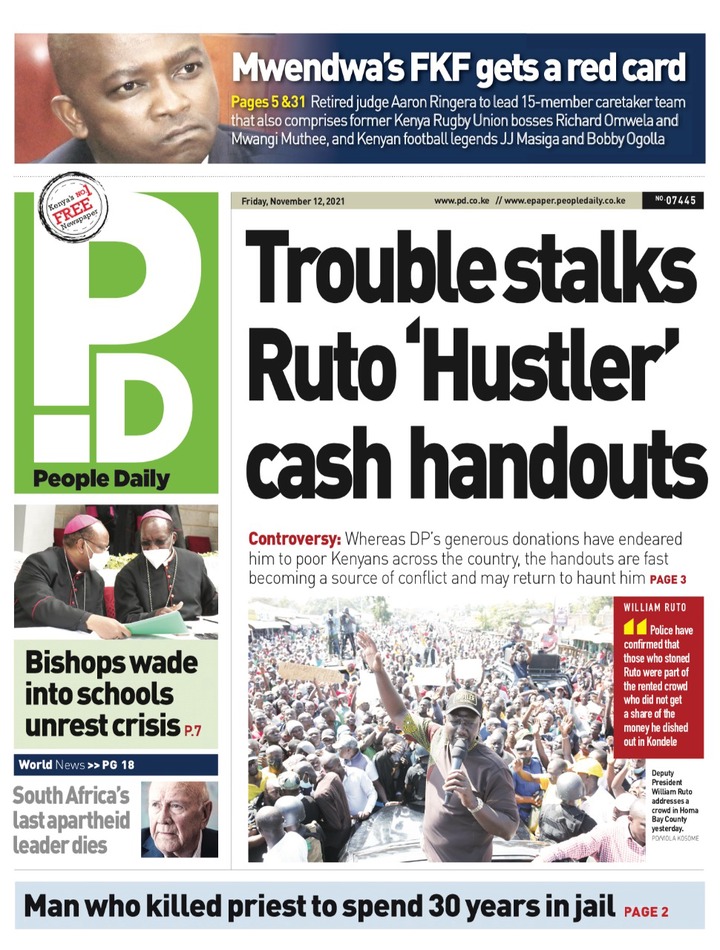 Leaked: What Raila Reportedly Planning To Do Starting 11th Dec After Much Awaited 10th Announcement

"Stop Salivating For Me To Join ODM, " Susan Kihika Tells Off Junet Mohammed