By FlintSky (self media writer) | 6 months ago

Ac Milan hosts Bologna in Serie A to begin the rivalry. The hosts finished the weekend in Serie A play, looking to finish the round how they began it. Despite frequently fighting hard, Bologna scored 21 goals (w5) in the last five meetings with Milan at San Siro.Stadium. 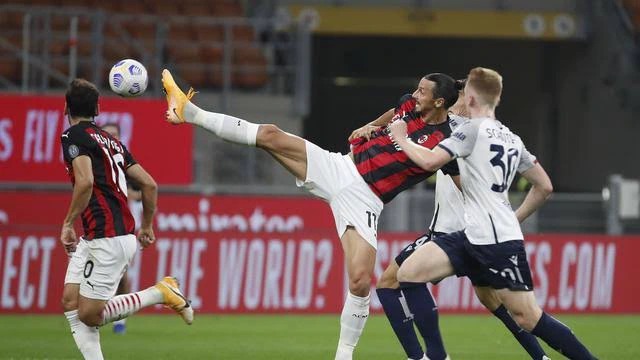 Milan is getting closer and closer to capturing the coveted Scudetto. The Rossoneri now top the standings with 66 points, three more than second-placed Napoli. There are eight rounds remaining (including this one), so losing points is not an option. Milan's unbeaten record is 10 games long, however, it includes draws with Salernitana (2-2) and Udinese (2-2). (1-1). However, they have subsequently defeated Napoli 1-0 in a crucial match before beating Empoli and Cagliari (also 1-0 each).

Bologna can look back on this season as a success. The squad isn't fighting for survival, but they're rather far away from the danger zone. For example, they are currently 13th in the table with 33 points, 11 points ahead of 18th-placed Genoa. Bologna has gone four games without a win, with two draws (1-1 with Salernitana and 0-0 with Torino) and two defeats (0-1 each to Fiorentina and Atalanta).

AC Milan is unquestionably the favorite for the next match. However, the Rossoneri have not been very brilliant in recent games, and the outcome has been crucial for them. As a result, they won both games 1-0. We believe the home team will likewise play a tactical game, therefore we shouldn't expect many goals. As a result, it makes sense to bet on their victory and the total under by a large margin.

Prediction: AC Milan to win and under 2.5 goals.

Azimio Allies Hint Their Next Move After Yesterday's Defeat