How High Can Ronaldo Jump? Amazing Statistics Of The New Manchester United Player

Cristiano Ronaldo has been one of the best goal poachers in the world for a long time. Even despite his age of 36, he remains to be a scary attacker for any defense. The player had a great physique and is till very sharp. His pace as probably slowed but his goal scoring instincts got better. 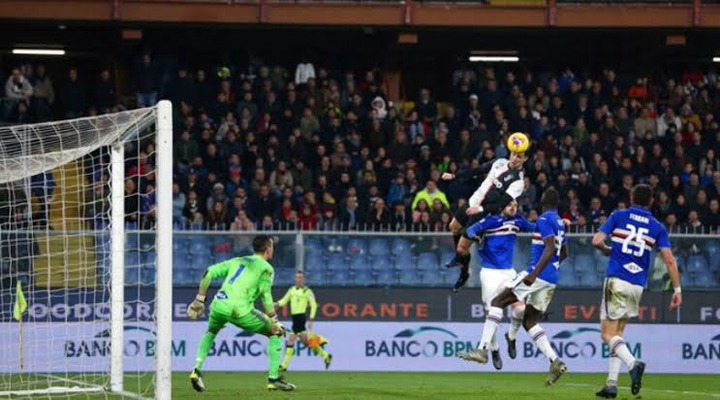 Ronaldo has great power and the one that stands tall above the rest is is heading skill. He can jump as a high as a basketball player. Every opposing team has to be well conversant with his aerial threat. Many can remember his goals including one he scored against Manchester united in a champions league game in 2013.

When a cross comes into the box, Ronaldo will be seen jumping way above any defender as he waist to direct the ball into the net. This is also the case in dead ball situations. For instance, during a game against Sampdoria in Serie A, Ronaldo jumped 71 centimeters to meet a ball that was 2.56 meters above the ground. The result was a header that went straight to the back of the net. 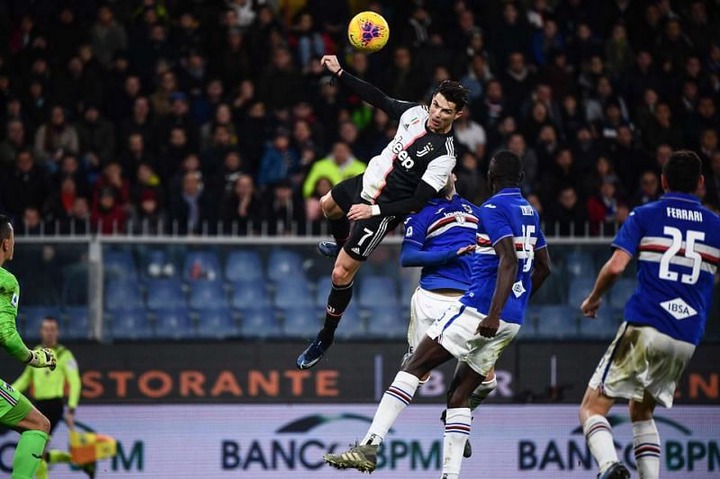 It is more interesting that he jumped 8.39 ft which is higher than the crossbar. His time in the air has been compared to one NBA legend Michael Jordan.

The Portuguese player has scored many wonderful headers in his career, one against Wales in 2016 he rose 2.65 meters. That wasn't even the highest, coincidentally his best was the one against his new club Manchester united. An amazing 2.93 meters above the ground was what he needed to score a bittersweet goals against the red devils. 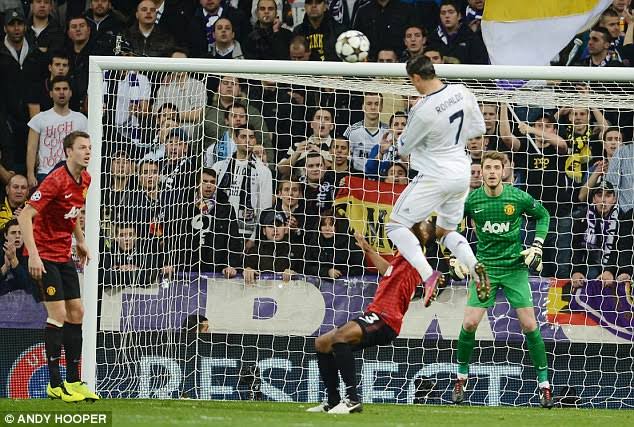 His arrival at Manchester united means he is yet to show more of his skills before calling time on his amazing career. Will Ronaldo add more titles to his 3 Premier League, one champions league and 1 FA titles? Let's wait for his performances to see if he can smash other records.