After a messy encounter with the Beast Brock Lesnar at the 2022 Royal Rumble and an ugly scene thereafter with Seth Rollins, it was the Universal Champion Roman Reigns' time to appear at the Friday night’s episode of WWE SmackDown. Accompanying him to the ring were the now longest Smackdown longest tag team champions Jey and Jimmy Uso. 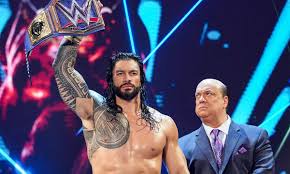 This was clearly a small family reunion as Paul Heyman was back as Roman Reigns' advocate after once again ditching Brock Lesnar at Royal Rumble. With the Elimination Chamber pay-per-view event nearing, Reigns had no competitor for the Universal Championship yet not until the legendary Goldberg made his way to the ring. This was when Paul Heyman was as usual promoting his client and castigating Brock Lesnar for having lost the WWE Championship to the Almighty Bobby Lashley. 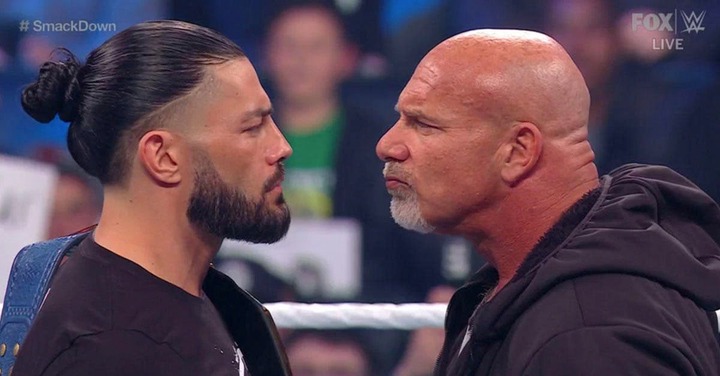 Goldberg interrupted this moment as he came down to the ring to “acknowledge” the Universal Champion Roman Reigns as his next victim and we all know how that ends.

Earlier this week at the Monday night Raw episode, Brock Lesnar made it clear that he will challenge Reigns at the Wrestle Mania and that it will title vs title as he will get a chance to put his hands on Bobby Lashley once again at the Elimination Chamber. This now lays down a spotlight for Reigns to lose his beloved title to either of the two titans. 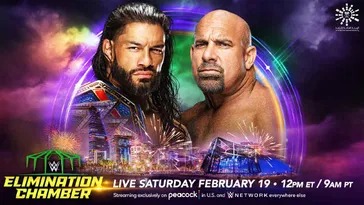 It is now official that Reigns will face Goldberg at the Elimination Chamber pay-per-view event on February 19th in Saudi Arabia and thereafter if he survives will face Brock Lesnar. Will Roman Reigns survive the spear and the jack hammer from Goldberg? It is wait and see how this plays out.