The Most Expensive Transfers Of The 2021 Transfer Window

By Tarubini (self media writer) | 3 months ago 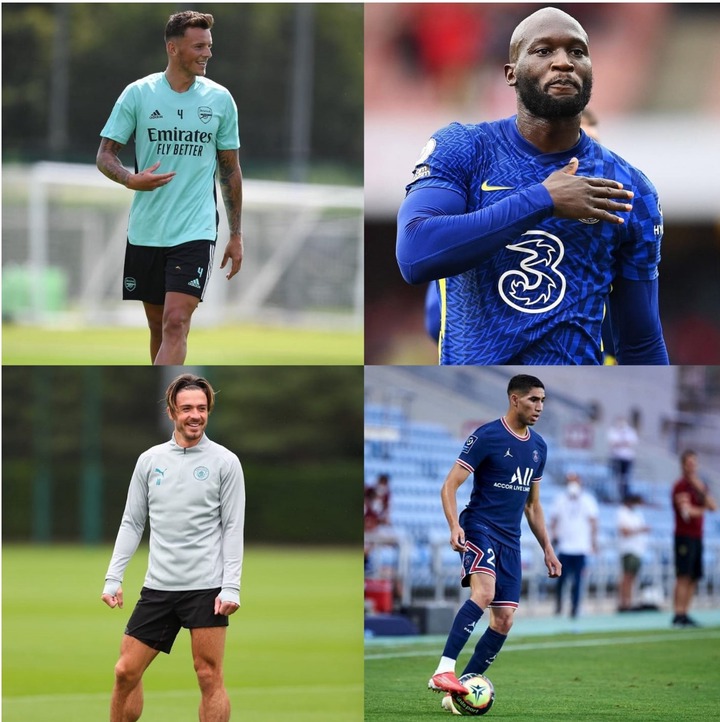 The summer transfer window was closed on Tuesday, August 31, with clubs across Europe finalizing their squads ahead of the new season taking shape.

A lot of money has been used; despite the financial implications of 18-month's worth of footballs being played in a pandemic, free transfers were a bit high.

Big names in football such as David Alaba, Sergio Ramos, Lionel Messi, and Gianluigi Donnarumma all changing clubs for free. On the other hand, some players departed with big-money moves to other clubs across Europe.

Here are some of the most expensive transfers of the 2022 summer window;

Aston Villa signed Emiliano Buendia from Norwich City for €36 million, beating Arsenal, who was also interested in signing the Argentine. The attacking midfielder had an amazing season with Norwich last season, with 15 goals and 15 assists in 39 league games.

Tammy Abraham left Chelsea due to lack of game time and joined Jose Mourinho at Roma. The forward left Thomas Tuchel's side for a €40m fee.

Since moving to Roma, Abraham has started his life at Roma with good performances; he has recorded two assists and a goal in his last two games at the club.

Jurgen Klopp brought in Ibrahima Konate from RB Leipzig for €40m to help him solve the defensive woes he experienced last season.

Despite struggling with injuries, the 22-year-old has shown that he is one of the top defenders in Europe, and Liverpool is hoping he will be Virgil van Dijk's successor.

Another center bought at €40m. Manchester United signed Raphael Varane from Real Madrid to make a perfect partnership with Harry Maguire at their defense.

Varane made his debut in the United's 1-0 away win at Wolves over the weekend. During the game, he made his first assists to Mason Greenwood to fire home, the match's only goal.

Another player who left Leipzig was Dayot Upamecano after sealing a €42.5m move to Bayern Munich. Upamecano's departure from the club was tough for Leipzig, who lost head coach Julian Nagelsmann and Marcel Sabitzer for the German champions.

Since joining Bayern, the 22-year-old has started all three games with the club and won his first trophy after winning the German Super Cup.

The biggest signing for Arsenal this summer was Ben White, who joined the club from Brighton for €58.5m.

After going to Euros with England in the summer, the 23-year-old made his debut with Mikel Arteta's side in an opening day defeat to Brentford; since then, he has never made any other appearance after contracting Covid-19.

Achraf Hakimi is the only player that PSG spent a penny in the summer after paying €60m for his transfer from Inter. Since joining the Ligue 1 side, Hakimi has made an excellent start, scoring two goals and registering two assists in his first four games.

Another expensive player that Manchester United signed is Jadon Sancho. The reds signed Sanchi for €85m from BurrusioaDortmund .

Still working on his way to full fitness, Sancho has only started a match and has come off the bench in the other two Premier League games for United this season.

The return of Romelu Lukaku to Standford Bridge from Inter Milan is undoubtedly one of the most exciting deals in the summer window.

Lukaku signed for Chelsea as a teenager before moving to Everton and Manchester United before spending two years in Italy. He won the Seria A title with Inter and was named the league’s MVP last season.

The 28-year-old immediately welcomed himself back into the club with a debut goal against rivals Arsenal and will be chasing silverware with a very strong Chelsea side.

Manchester City broke its transfer record after bringing Jack Grealish to Etihad for a fee record of €117.5m from Aston Villa.

Grealish was sensational for Villa last season, same as in the Euros, which triggered City to sign him.

The 25-year-old has been amazing since joining the English Champions, scoring one goal and making one assist in the first three games for the club.