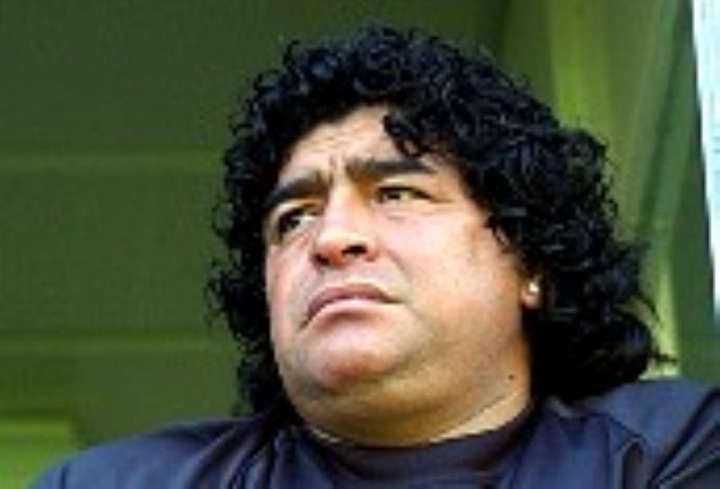 Yesterday, was a sad day to the world lover football and kenyans not left out when Maradona dies. Maradona had made brand name to households and various sectors. Many kenyans football lovers and politicians send messages of condolences to eulogies late Diego Maradona.

Maradona was captain when Argentina won the 1986 World Cup, scoring the famous 'Hand of God' goal against England in the quarter-finals 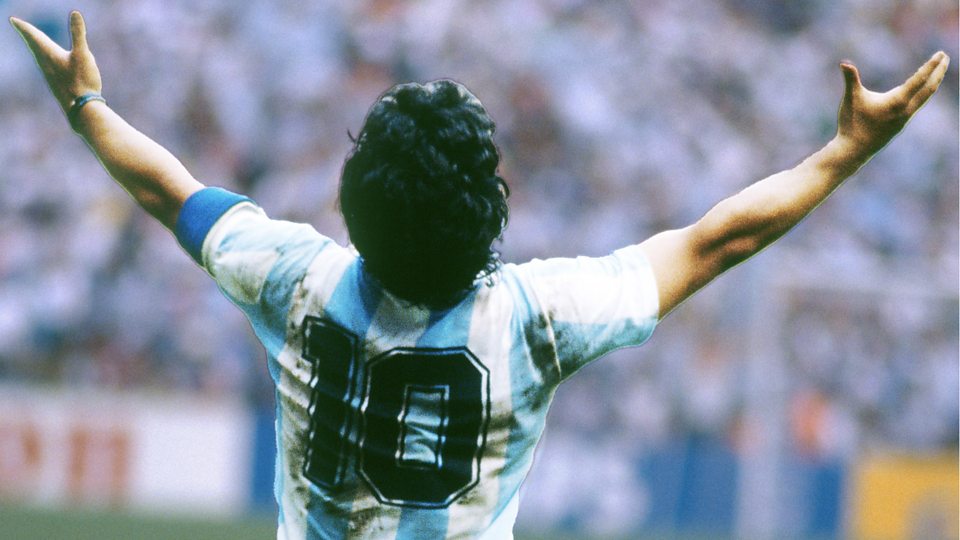 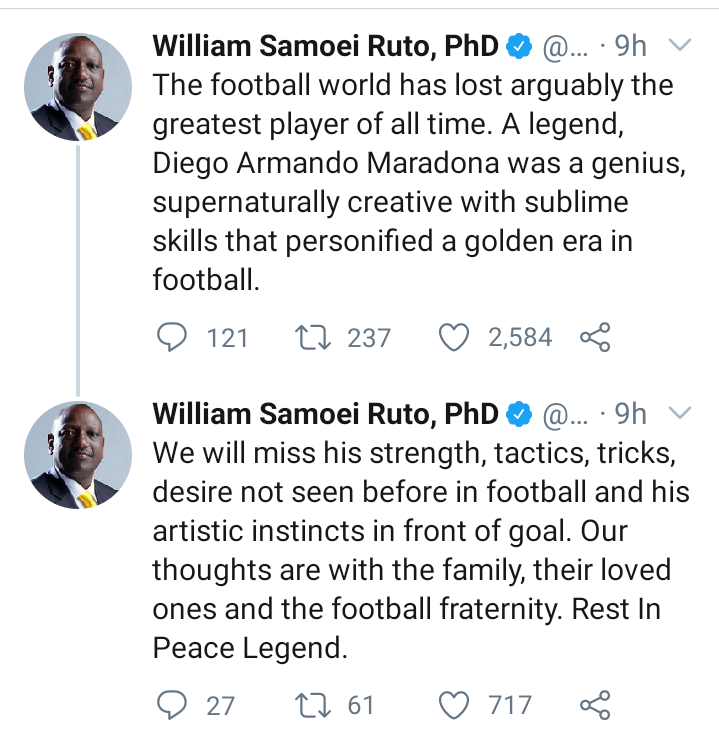 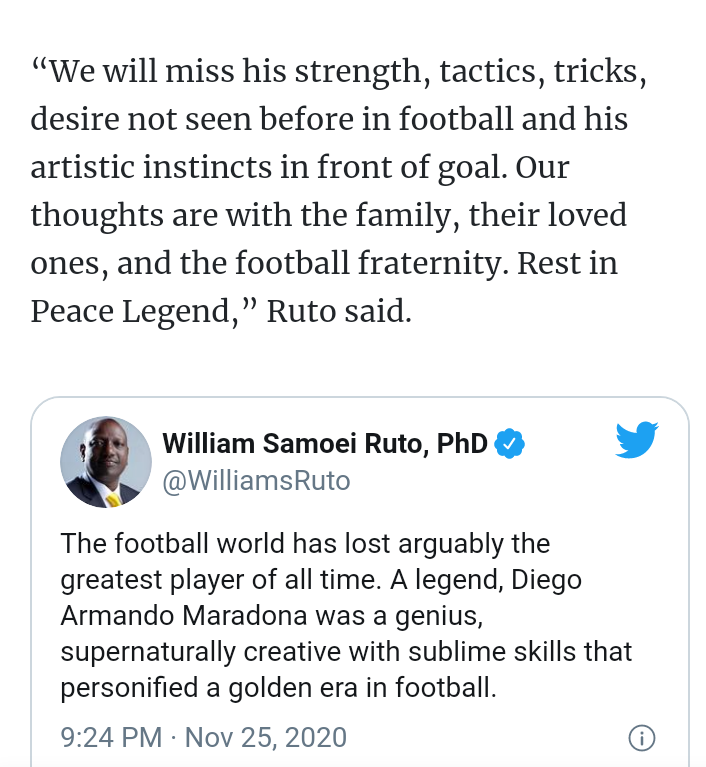 "A very sad day for all Argentines and football," said Messi. "He leaves us but does not leave, because Diego is eternal.

"I keep all the beautiful moments lived with him and I send my condolences to all his family and friends." 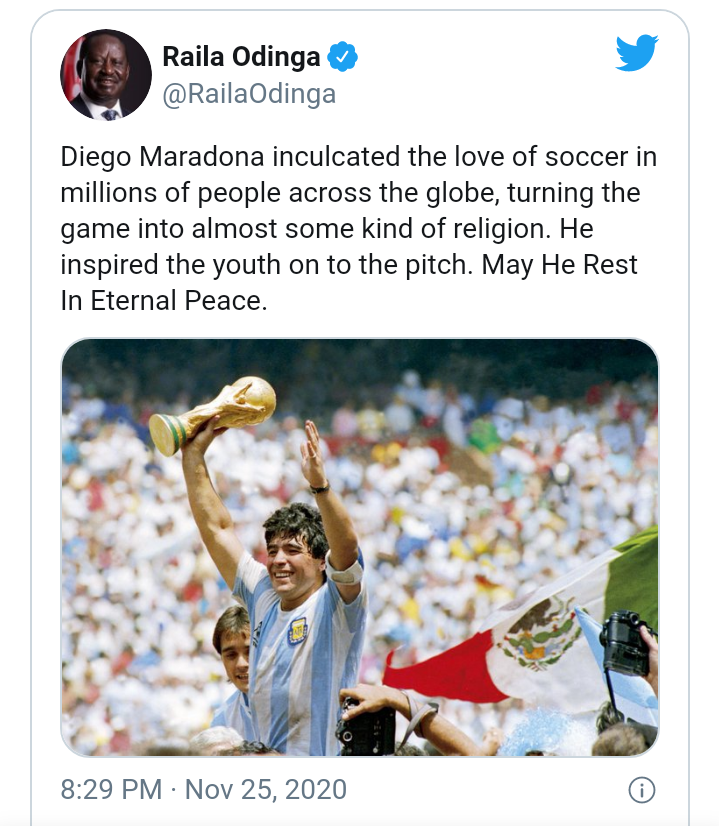 He retired from professional football in 1997, on his 37th birthday.

Veteran politician and a lawyer James Orengo also eulogies with the family of Diego Maradona. He send messages of condolence to his tweet handle social media account. He tweet the following message. 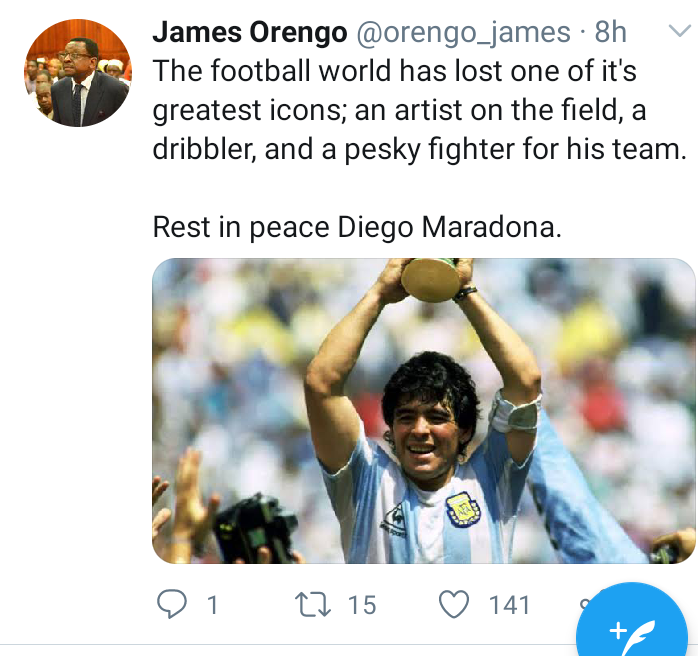 Ex-Tottenham and Argentina midfielder Ossie Ardiles said: "Thank dear Dieguito for your friendship, for your football, sublime, without comparison. Simply, the best football player in the history of football. So many enjoyable moments together. Impossible to say which one was the best. RIP my dear friend."

Juventus and Portugal forward Cristiano Ronaldo said: "Today I bid farewell to a friend and the world bids farewell to an eternal genius. One of the best of all time. An unparalleled magician. He leaves too soon, but leaves a legacy without limits and a void that will never be filled. Rest in peace, ace. You will never be forgotten

Barcelona was the first club outside of Argentina that Maradona played for. He scored 22 goals in 36 appearances between 1982 and 1984.

Another of Maradona's former clubs, Napoli, paid tribute. He played for the club

His admirers thrived on the way he would fall down only to get back up again. It humanised a figure whose epic life was as mazy as one of his left-footed dribbles.

In conclusion, the above discussion illustrates well the tweet message of deputy president William supersedes that of former PM Raila and others who tweet messages of condolences to Maradona.

Content created and supplied by: #Imani (via Opera News )