By YusufBunde (self media writer) | 2 months ago

Players surrounded the referee in their 0-0 draw with Newcastle after Cristiano Ronaldo's goal was disallowed for offside.Erik ten Hag's team was disappointed when Chelsea was given a last-minute penalty the following week.The fines of £42,000 and £37,000, respectively, have been accepted by United. 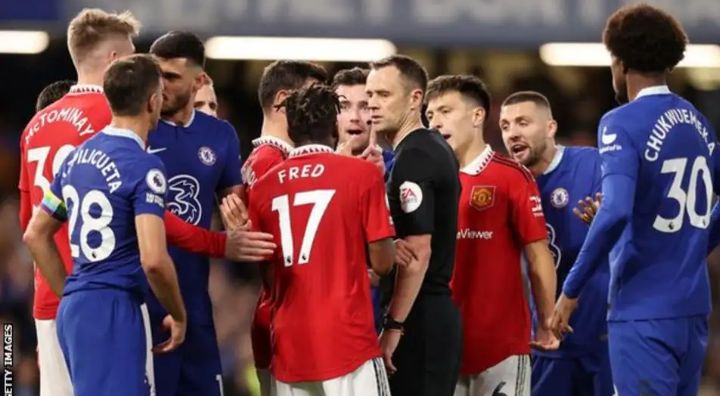 Ronaldo's goal against Newcastle was disallowed by referee Craig Pawson, who was surrounded by United players. Pawson claimed that the Magpies had not taken a free-kick before Ronaldo raced up to steal the ball from goalkeeper Nick Pope and tap it into an empty net. 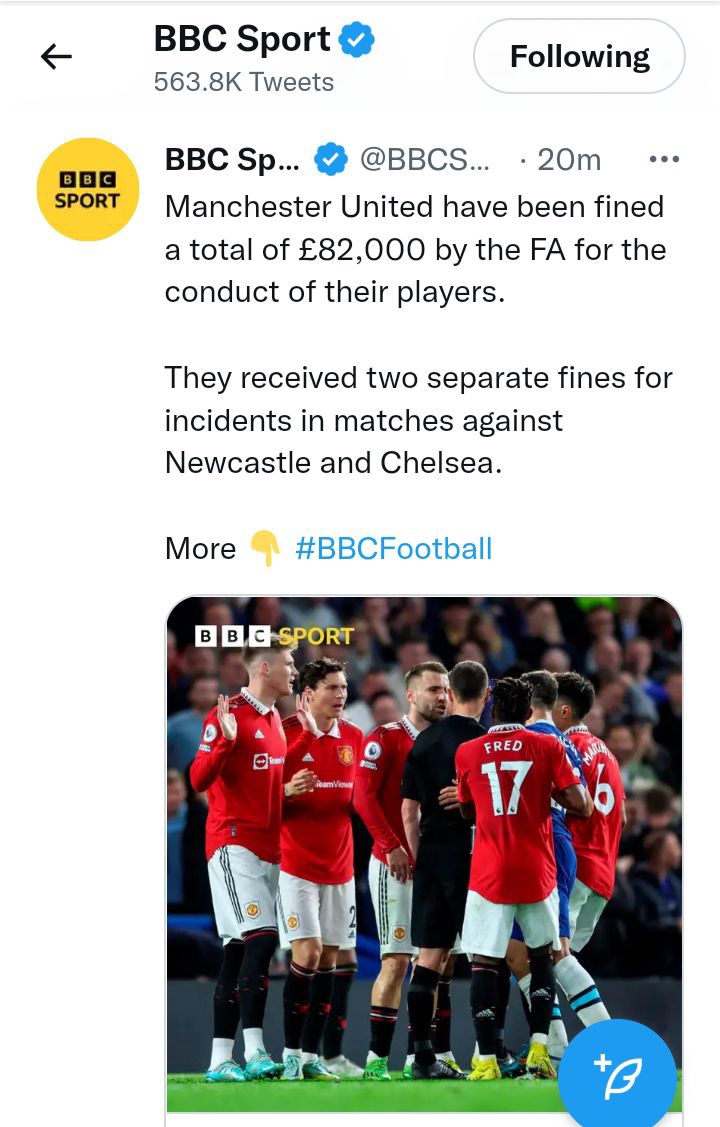 After disallowing the goal, Pawson also booked Ronaldo for leading his team-mates' angry reaction to the decision.The FA charge, which said United "failed to ensure its players conducted themselves in an orderly fashion" was brought in October.The following week, Chelsea were awarded a penalty when Scott McTominay was judged to have shoved Armando Broja to the ground and players surrounded referee Stuart Attwell.

Content created and supplied by: YusufBunde (via Opera News )