From the look of things, Ousmane Dembele has apparently decided to stay at Barcelona as he is deeply immersed in talks with the club’s representatives for a contract extension. Chelsea were briefly linked with the attacker and many thought that the Frenchman was bound for a move to Stamford Bridge but that will not be the case ahead of next season. Chelsea have already withdrawn from the race since they are now chasing after Raphinha who has the same player profile as Dembele. 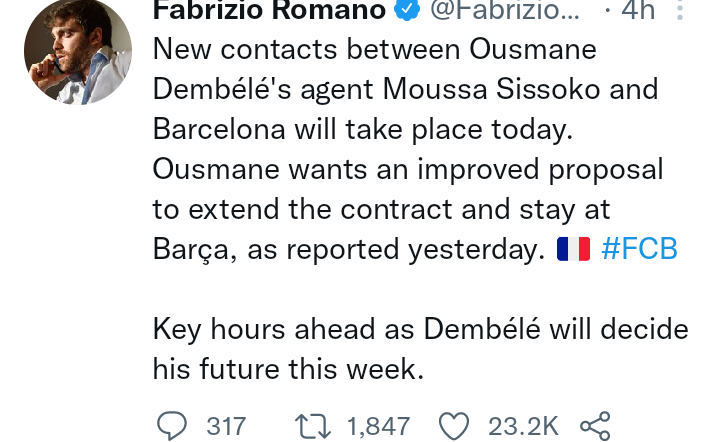 As a result of the on going negotiations, Barcelona will not be triggering the buy out clause in Armand Traore’s contract and instead the 26 year old will be returning to Wolves next season. The priority for the French winger was always to stay at Barcelona and even when the first talks collapsed in January, his agent was confident that an agreement could be reached soon enough.

Chelsea have reportedly contacted Manchester City over the possibility of signing Dutch center back Nathan Ake who has been a forgotten figure at the Etihad for the past three seasons. Thomas Tuchel is working desperately at the moment to sign new center backs to replace Rudiger and Christensen who recently signed with La Liga giants Real Madrid and Barcelona respectively. For him to get more playing minutes, Ake knows that joining Chelsea would definitely give him the chance to rebuild his reputation again in the Premier League. 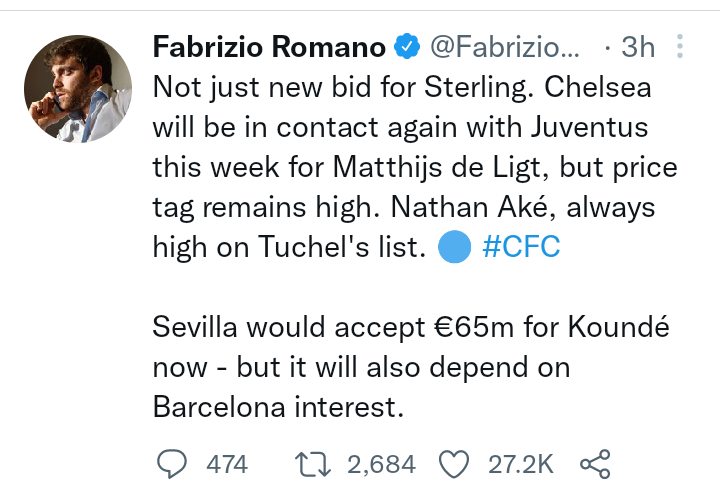 Manchester City will of course declare a high valuation price for the player but since there are no other clubs chasing after the him, the Blues have a big chance at signing the player for a cut price. Manchester City currently have an overload of defenders and therefore it won’t really disorient the defense if Ake leaves for Chelsea this summer.