By WekesaBasil (self media writer) | 2 months ago 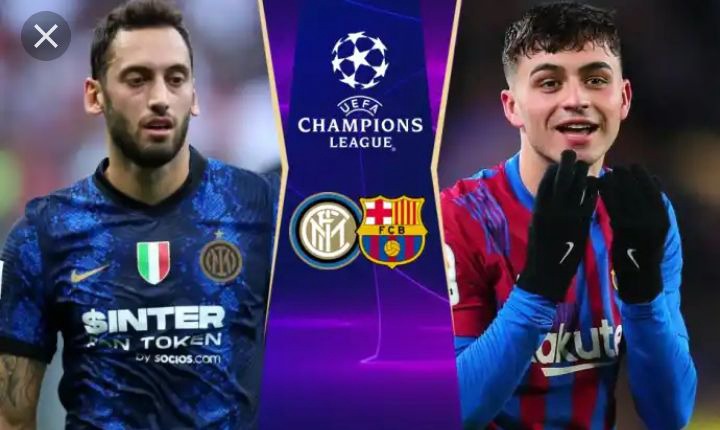 Tonight Inter Milan will entertain FC Barcelona for Champions League Group C match at San Siro. Inter have has a bad Serie A start in 11 years and they'll be looking forward to turn it around. Xavi's side on the other hand are unbeaten in their last seven La Liga matches.

Inter Milan were ahead by a goal to none against Roma but they ended up throwing up the lead and ended up 2-1 at home. Inter won 2-0 last time out against Viktoria Plzen in Champions League Group C match thanks to goals from Edin Dzeko and Denzel Dumfries. This came after losing 2-0 to Bundesliga giants Bayern.

Xavi's side head into the match with confidence as they have only lost once to Milan in a total of 5 meetings at the San Siro. New summer arrival striker Robert Lewandowski is on a good goal scoring record having netted nine goals so far this.

Marcelo Brozovic is unfit for selection after picking up injury in the just concluded international break. Romelu Lukaku is also in the sidelines with a thigh injury so we're likely to see Edin Dzeko and Joaquin Correa support Lautaro Martinez up front. in

We could see Samir Handanovic dropped and Andre Onana would be handed a start between the sticks.

Handanovic to start on goal. Skriniar, Acerbi and Bastoni to form a back three while Dumfries, Barella, Asllani, Calhanoglu and Dimarco will offer support to Martinez and Dzeko in the final third.

Memphis Depay, Frenkie De Jong and Jules Kounde will miss the trip to Italy after coming back from International duty with injuries. Ronald Araujo is out for a long haul after undergoing a thigh surgery, former Arsenal player Hector Bellerin is also in the sidelines with a calf problem he picked in training.

Xavi is not short of options as he has both Sergi Roberto and Alex Balde to fill the right-back position.

Ter Stegen to start on goal. Roberto, Christensen, Garcia and Alba to form a back-four. Kessie, Busquets and Pedri to play ay midfield while Dembele, Lewandowski and Raphinha will lead in attack.