Didier Drogba Rolls Back With a Super Hat trick During Charity Match.

By FootballArena (self media writer) | 1 month ago

Drogba was in inspired form in a charity match involving Arsene Wenger’s side, He was among the Marseille legends who participated in the game and bagged an impressive hat trick, since he retired from football in the year 2018.

Chelsea legend Didier Drogba proved he still had it on Wednesday, October 13 after bagging a hat trick in a charity match involving Marseille legends and Arsene Wenger's Team UNICEF at the Orange Velodrome. 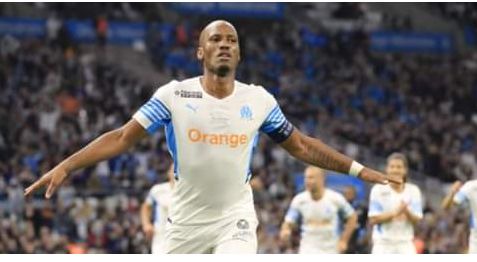 Drogba might have retired from professional football back in 2018, but the Ivory coast international proved that class is permanent with some scintillating displays during the charity match when he celebrated with his celebration back in those days when he was still well fit.it was unbelieveble out come from Didier Drogba.

Drogba opened the scoring for Marseille legends and got his second which was the equaliser for his side to make the scores 2-2.before he got the ball at the edge of the box, Drogba rifled home a powerful shot that was nostalgic to the times he would score such hits in his prime at Chelsea.

His most memorable goal for the Blues came late in his Chelsea career when he scored the decisive penalty in the final for Chelsea’s first-ever Champions League title.

Content created and supplied by: FootballArena (via Opera News )