Arsenal Fans Baffles After A Stunning Training Goal From Star 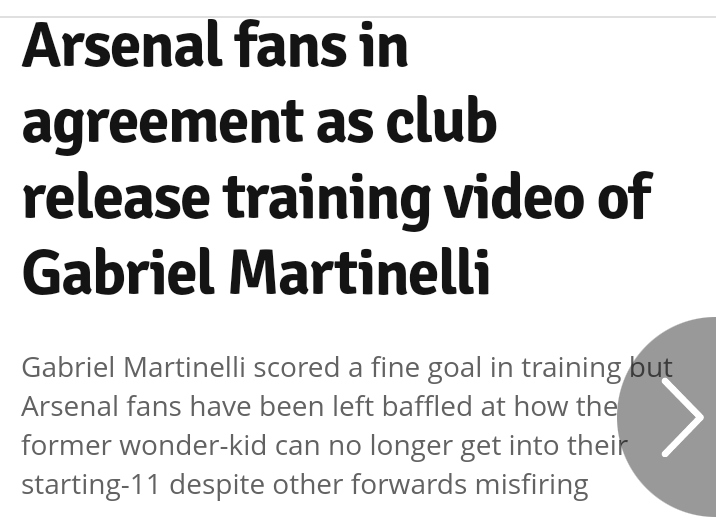 Arsenal fans are in agreement over Gabriel Martinelli’s situation following a training video which the official club Twitter page posted on social media.The official club account uploaded a short clip of the Brazilian during training where he received the ball on the turn and knocked it past a defender before slotting it in the bottom corner.

The 20 year-old has struggled to get playing time since arrival of Arteta. The Brazilian is also rampant to injuries with Arteta using mostly the likes of Aubameyang and Alexander Lacazette. Fans have baffled over the goal he scored in training and believe he is supposed to start ahead of Aubameyang.

With the club having a carabao cup game today, fans expect the star to start. The Brazilian had a great performance in his first season scoring 11 goals in 26 matches. This is a good proof that he has abilities and capabilities of making big difference in the forward line of the north London club.

Arsenal have struggled in the start of the season, losing the first three games and winning the later two. The striking has been down and fans believe new changes in the frontline can improve the team further.