By Davidnjenga (self media writer) | 1 month ago

After match week five playoffs, Allan Shearer has named best team of th he weekend just as his custom. Thomas Tuchel has been named as best coach of the week after beating spurs. 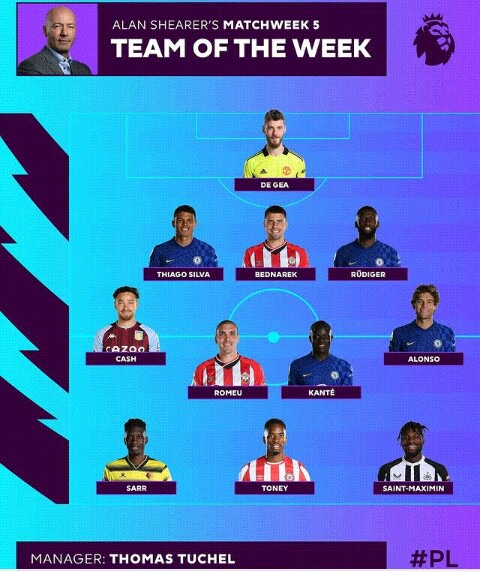 David Degea of Manchester united is named the best goalkeeper of the week after saving Noble's penalty. Chelsea's Thiago Silva and Anthony Rudiger are named best left and right back respectively. Bednarek of Southampton is named as best center back.

Alex saint Maximin of Newcastle, Sarr of Watford and Toney of Southampton are listed in the squad as best left winger, right winger and last striker respectively.

Content created and supplied by: Davidnjenga (via Opera News )