The champions league final will be played on Saturday the 28th day of May. A day that the team that will take over the title European champions from Chelsea will be decided in France.

Liverpool will have a chance of completing the treble at stade de France. They have been warned that former Everton boss have two secret weapons of crushing their dreams. 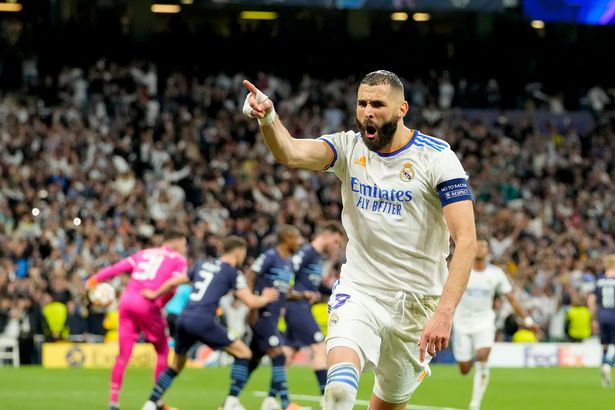 The team from Merceyside will face the Los Blancos on Saturday in Paris and have a chance to lift the greatest prize in European club football.

The former Arsenal man believes if the reds play the way they played against wolves the Los Blancos will score five in the final.

He believes Karim Benzema is destined to win this year. Karim is a striker who does not get 20 chances but he's lethal when he gets half chances.

Liverpool will have in the back of their minds that Real Madrid have come back from the dead three times in the competition and the manager does not shout and scream he's cool as you look.

The Los Blancos manager does not panic, he just stands their on the touchline and they just find a way to score.

Madrid also have a big advantage in that they have rested since they cliched the La Liga title and Liverpool have to play a lot better than they have played in recent weeks to win the champions league.