Thomas Tuchel will have to work twice as hard in signing Clement Lenglet from Barcelona because apparently Spurs are planning on hijacking Tuchel’s grand plan by signing defender. Reports have indicated that when Barcelona were negotiating a deal on Christensen a few months back, Barcelona’s Chief Scout had given his word to Thomas Tuchel that he would give him the chance to sign Clement Lenglet as the ideal replacement for Christensen. That also explains why Chelsea have been so relaxed about signing new defenders to replace Rudiger and Christensen. 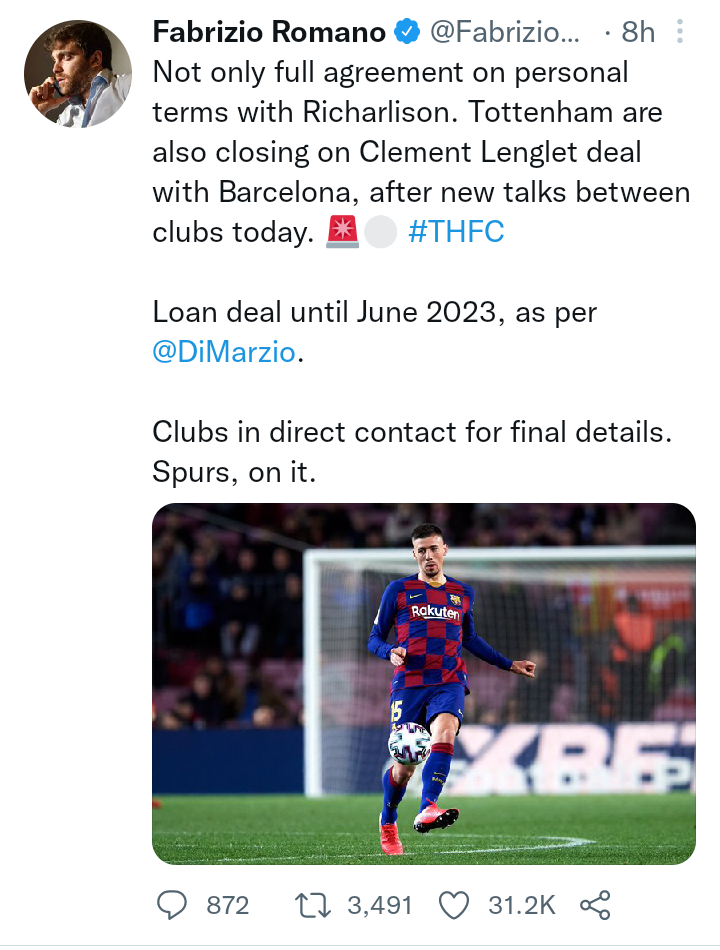 Antonio Conte is however determined to make Tuchel’s transfer search a misery since he does not plan on stopping in signing Lenglet this summer. David Sanchez has already been informed that he will no longer be needed by Antonio Conte and will instead be replaced by Lenglet.

Chelsea have been handed a major boost in signing top rated defender Matthjis De Ligt in the summer. According to Juventus’ football director, the club cannot force the defender to stay especially when he wants to leave to a club that has every intentions of signing him. Thomas Tuchel is adamant about replacing Rudiger and Christensen with the best defenders there are in the top five leagues and De Ligt perfectly ranks in that category. 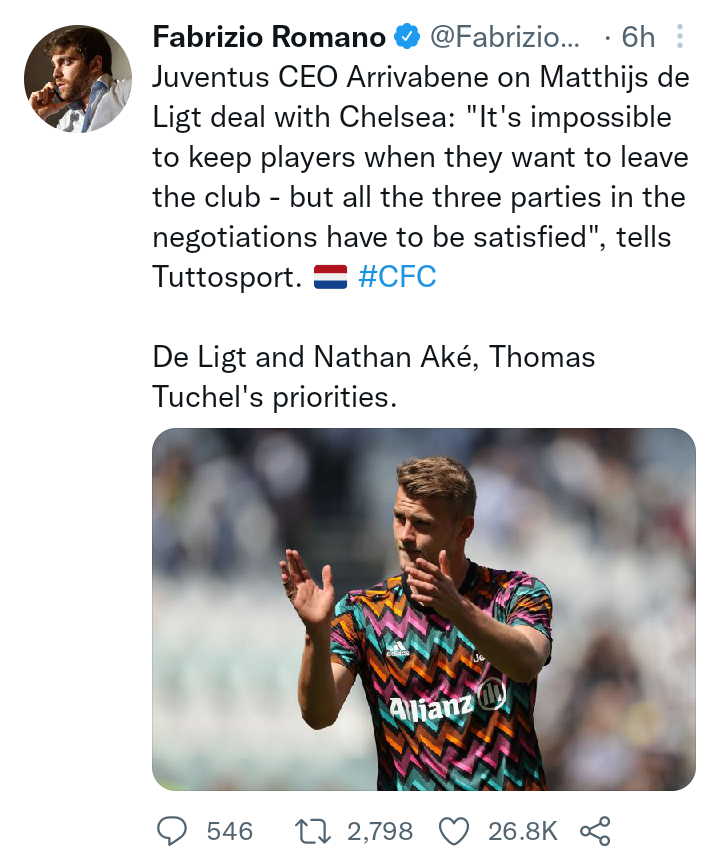 “We really want to keen De Ligt but there is little we can do at the moment to keep him. He wants to join another club and that is understandable. We are still discussing the potentiality of selling him behind closed doors but since he has attracted huge attention, losing him seems more likely.”