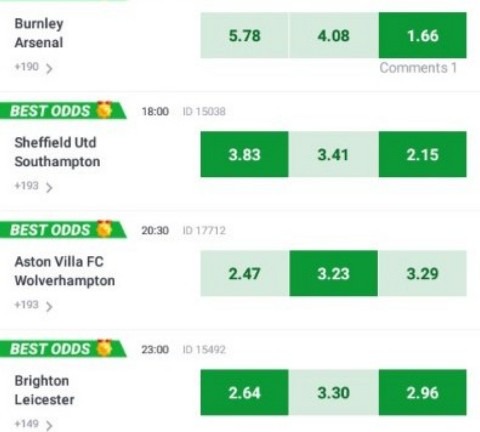 Manchester City have won their last 21 games in all competitions, 15 in the Premier League.

Manchester United have one win in their last six away league games and that was at bottom-three side Fulham.

Arsenal have scored three or more in their last five matches.

Burnley have conceded two or more in five of the last 10 matches.

Burnley are winless in the last five league matches at home.

Arsenal have four wins in their last six away league matches.

Wolves have managed just one clean sheet in the last 11 matches.

Aston Villa have five wins in their 11 home matches in the league.

Three of Wolves’ last five matches have produced under 2.5 goals.

Wolves have one win in their last nine away matches.

Leicester City have nine wins in the last 14 away league matches.

Brighton have no win in their last five matches.

Brighton have one win in 13 home matches in the league.

Leicester City are unbeaten in their last nine away league matches.

Leicester City have scored in 12 of their 14 away league matches this season.