Today Norwich’s potential win might edge Arsenal closer to securing a place in the top four. Arsenal fans have been crowding Dean Smith’s Social media accounts begging him to ensure that his side wins against Tottenham. Arsenal themselves are expected to win against Everton in their last match since that way they can topple Tottenham on a top four spot. Dean Smith has nonetheless given Arsenal fans hope saying that he will do everything to win against Tottenham today. 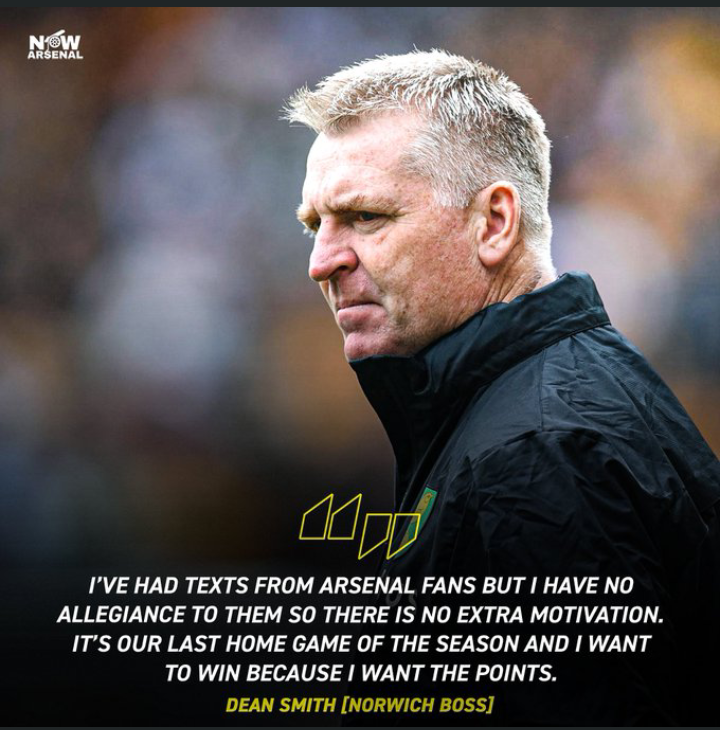 “Arsenal fans have been flooding my social media with messages about winning against Tottenham. I don’t owe Arsenal fans allegiance but my motivation to win against Tottenham is to give our home fans a show to remember. We have been training hard for this game and I hope we can deliver the much needed results.”

Victor Osimhen will apparently not join Arsenal in the summer after a €90 Million bid for him was rejected by Napoli. For Arsenal to cash out such a sum for a player means that the club really wants to sign the player. Napoli are nonetheless disinterested in parting ways with the Nigerian striker and will do everything to block advances made on him. Arsenal still have a few players left in their draft for the number 9 position and will pursue them instead in the summer. 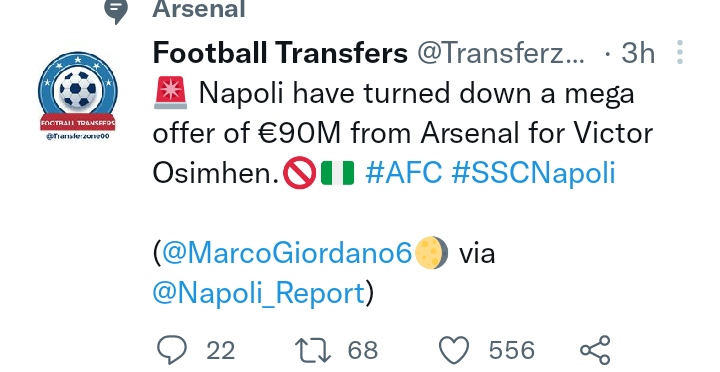 Osimhen himself made it clear that he wants to stay at Napoli a few weeks ago when he mention on Kiss Kiss Napoli FM that he looks forward to working with Spalleti next season.

Today might be Alexander Lacazette’s last home match for the Gunners since his contract will be running out. The Frenchman has been at the club for the past five years and has scored a number of brilliant goals for the club. Hopefully at Lyon he will find what he is looking for. 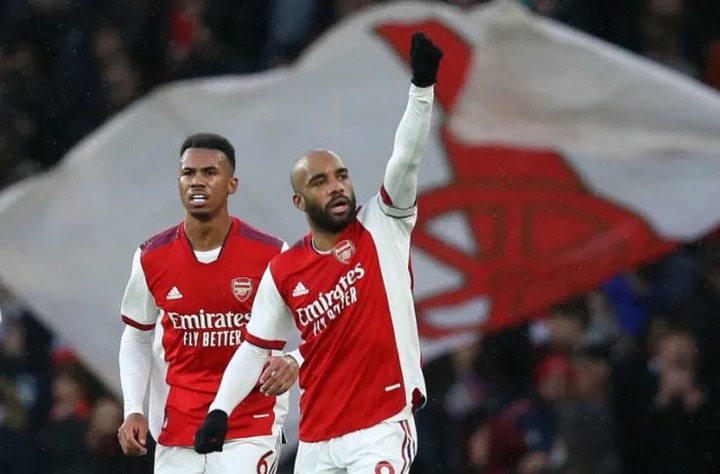