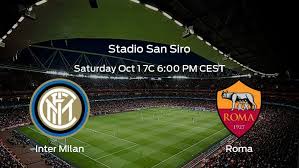 According to expected goals (xG), Roma have been Serie A’s most creative side this campaign so they should be able to score but are still unlikely to claim a share of the spoils.

Dortmund lost just one of the last 11 competitive H2H encounters.

Cologne haven’t scored a goal in over three hours of home league play.

BVB have four wins in their last six games and can boost their title hopes with a victory.

Leipzig have lost their last two games without reply and by multi-goal margins, yet this home encounter with struggling Bochum could be just the tonic to stimulate growth. Rose’s new team have lost just one of their last 11 home league games and scored at least twice in their last four here, suggesting that they can indeed put Bochum to the sword and beat a -1 handicap.

Bradford needed an injury-time goal to salvage a 2-2 draw at home to AFC Wimbledon last Saturday but they had previously won three on the bounce and should fancy their chances at Harrogate. The Bantams are eying promotion, but survival will be the main aim for Harrogate, who are winless in seven.

Blackburn are unbeaten in their last four matches against Millwall. Millwall have failed to win any of their last ten competitive away matches. Millwall hold the second-worst away record in the Championship.

6)Crawley Town Vs Stevenage (Both teams to score)

Both teams have scored in six of Crawley’s last seven games and they have scored seven goals in total across their last three at home. There have been goals at both ends in five of Stevenage’s seven away games and they are yet to keep a clean sheet on their travels.

7) Fulham Vs Newcastle (Both teams to score)

Newcastle have drawn five of their seven league games but can claim a rare victory at Fulham on Saturday. The Cottagers have two defeats in their last four league games but should still be able to score as both teams have scored in four of Newcastle’s last five Premier League matches.

Leyton Orient continued their serene progress with a 2-0 victory at fellow highfliers Barrow last Saturday and they should rack up another three points against Newport. Facing the league leaders could be really tough for the Exiles, who have taken just one point from their last four fixtures.

Peterborough’s confidence returned when they won 3-0 at home to Port Vale last Saturday and they can make it two wins from two when taking on MK Dons in Buckinghamshire. The Posh may get into the promotion picture but a tough season looks likely for the Dons, who are two points above the drop zone.

Preston have picked up eight of their 12 points on the road in the Championship and they are yet to lose away. North End can claim all three points at a Sunderland side who have managed just one win in four attempts at home.

Ajax kept clean sheets in each of the last three home H2Hs. Each of Ajax’s last five competitive wins came without reply. Two of G.A Eagles’ three away league games this season ended in defeats to nil. Ajax are scoring over three goals-per-game on average, so can win with room to spare.

How France Will Lineup Against Denmark