By Onlinenews_Updater (self media writer) | 5 months ago

Michael Olunga is a Kenyan footballer. He plays as a forward for our national team Harambee Stars and at his club. The sensational striker played a pivotal role in Harambee Stars' qualifications to the African Cup of Nations tournament in Cairo Egypt two years ago. 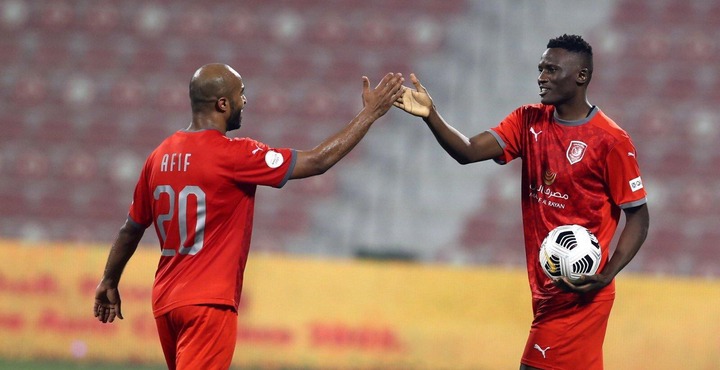 Olunga has played for several football clubs in the country and abroad. He played for Djurgardens in Sweden before he shifted to Spanish La Liga team Girona. Later he switched to Japan League whereby signed for Kashiwa Reysol. Olunga had a nice time at the club as he netted 29 goals in only 34 games. He won the golden boot and the Most Valuable Player prizes.

In the start of this year he(Olunga) joined Qatar Champions Al-Duhail SC. He has replicated the same performance emerging steadfast as he has scored in nearly every game.

In my position, Michael Olunga has demonstrated beyond reasonable suspicion that he can play in any European big clubs. It should be known that he has the physique, extraordinary skills in dribbling and momentum when with the ball.