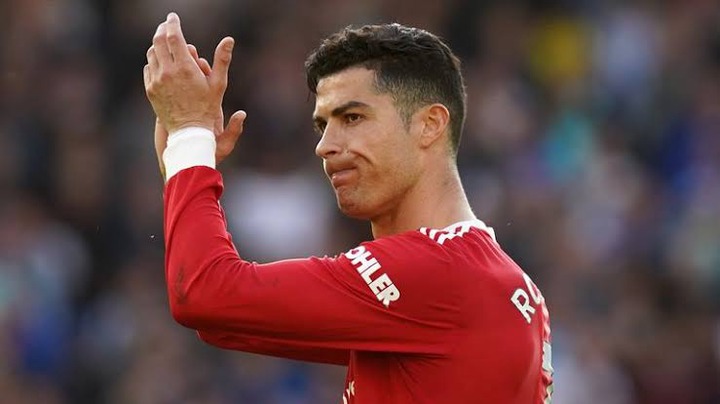 After winding up of the 2021/22 premier league season, teams are in a heist to sign players for the upcoming season.

One big team on the radar of this year's signing is Manchester United. Fans are keen to see replacements in the center forward, midfield and defensive positions. With departure of players like Juan Mata, Paul Pogba, Nemanja Matic and Marcus Rashford already confirmed.

One disturbing exit is the recently announced departure of Uruguayan striker Edison Cavani. The club is key to find a forward who could be of use is assisting Cristiano Ronaldo in the attacking role at United.

One option has availed itself as Anthony Martial is set to return from loan at Sevilla FC. Martial moved to Sevilla on loan in the January transfer window but his stay in Spain has not been productive. 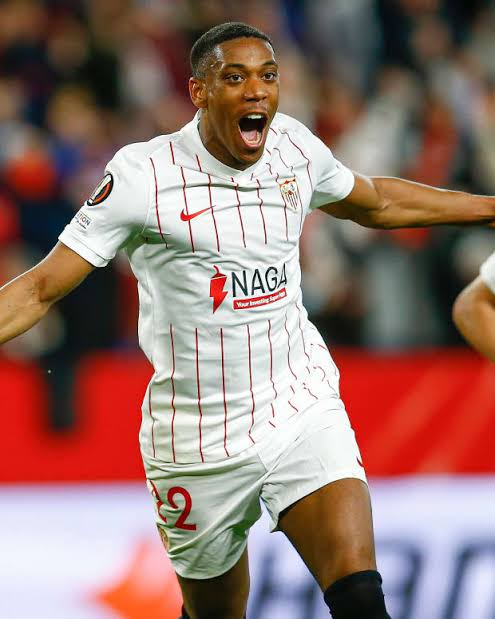 In a post on Fabrizio Romano's Twitter handle, Sevilla president confirmed that due to lack of productivity and frequent injuries, the club won't sign Anthony Martial and he will be on his way to Old Trafford. 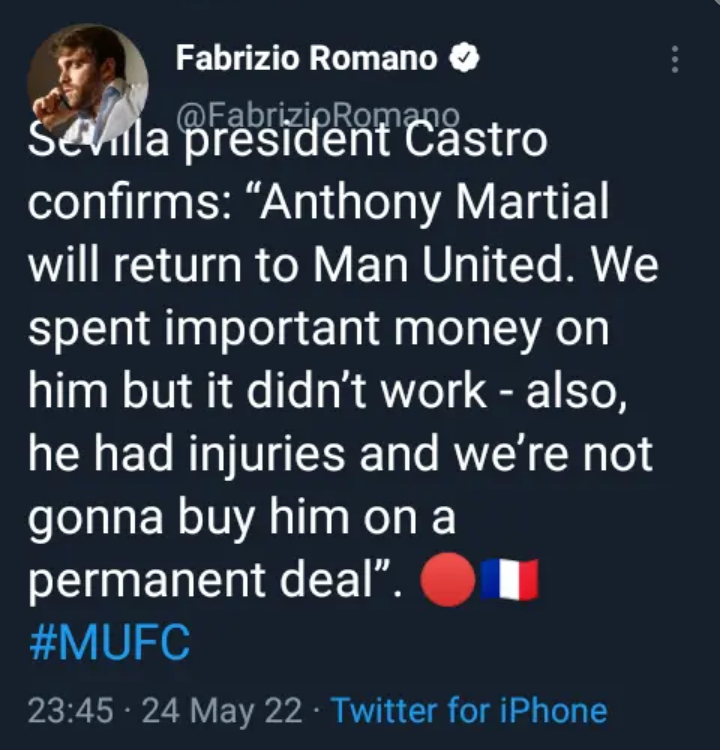 Martial didn't enjoy a good spell at Man United and will be looking forward to shine again under the new manager Erik ten Hag.