According to News sources, Portuguese star, Bruno Fernandes is the one who is reported to have been involved in the car crash. He is however reported to be fairing well since he didn't suffer from any injury.

Bruno Fernandes is an important player for the Red Devils who have been performing poorly in recent matches. Bruno will however be expected to take part in training despite being involved in a car crash according to news sources. 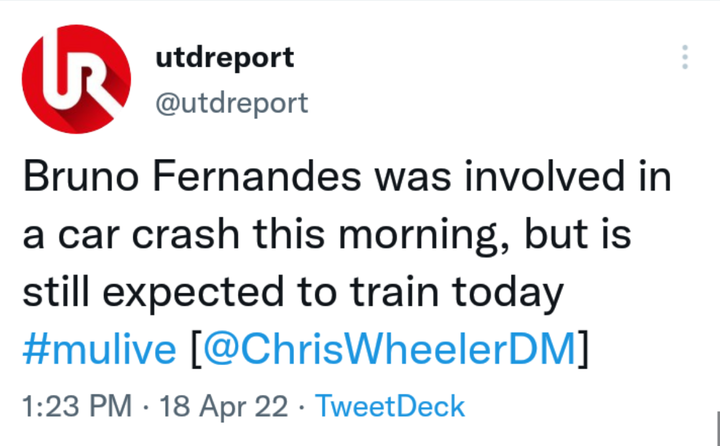 @utdreport Bruno Fernandes was involved in a car crash this morning, but is still expected to train today #mulive [@ChrisWheelerDM] 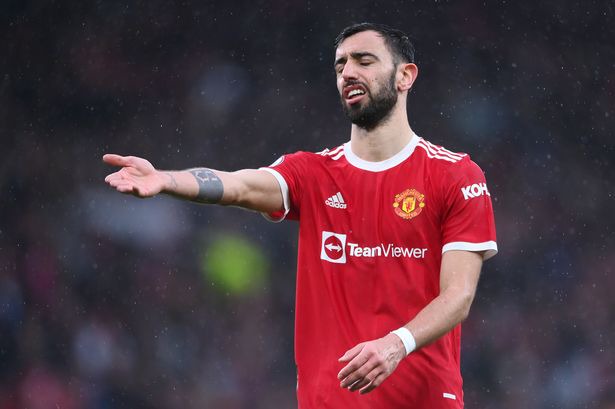 Manchester United team has been performing poorly as the Club tries to qualify for next season's UEFA Champions League Competition. Ralf Rangnick who is the Interim Coach had reinstated that the Club needs time so as to start performing at top level like they used to during Ferguson's tenure.