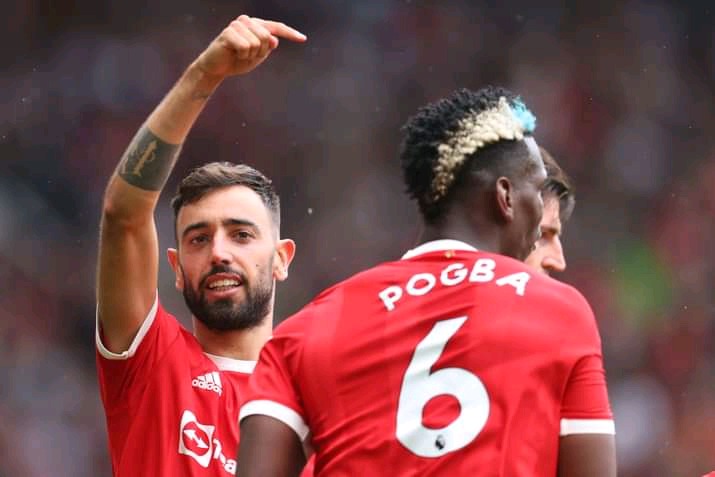 The Premier League action will continue this weekend and big matches have been lined up for football fans. Much attention will focus on super Sunday where Manchester United will host their bitter rivals Liverpool at Old Trafford.

Manchester United boss Ole Gunnar Solkjaer appeared before the press conference to give a briefing on how his side is preparing for the Sunday clash against Liverpool. The fixture is also important to his future at the club after facing criticisms about his tactical decisions. 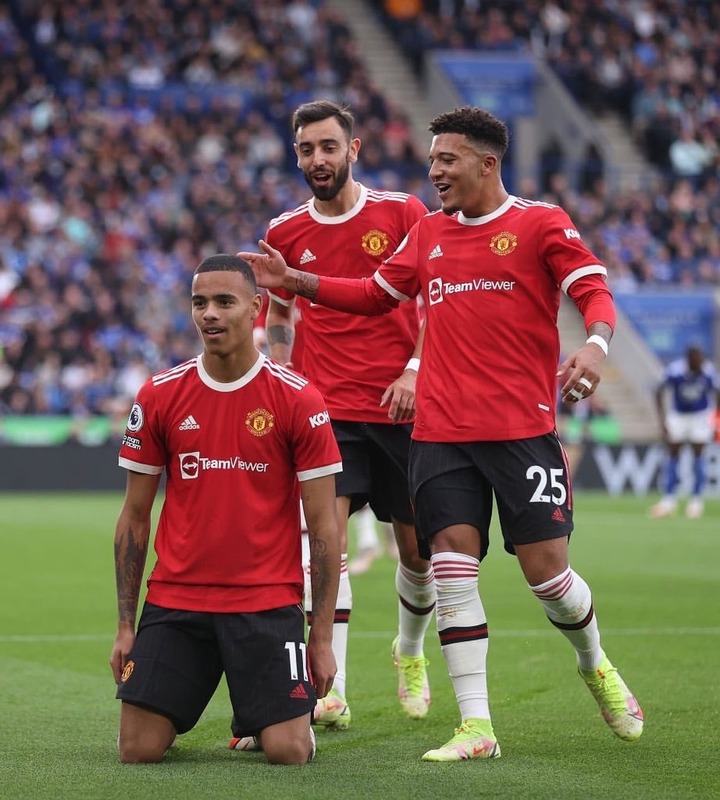 The underfire boss said that two players are in a doubt for Sunday's clash against Liverpool. He said they suffered from knocks and bruises while facing Italian side Atalanta on Wednesday in a classic UEFA Champions League clash at Old Trafford.

He said Bruno Fernandes is among those who sustained knocks on Wednesday night and he is a doubt against the Reds. He however added that the Portuguese man is, however, doing much to return in action. 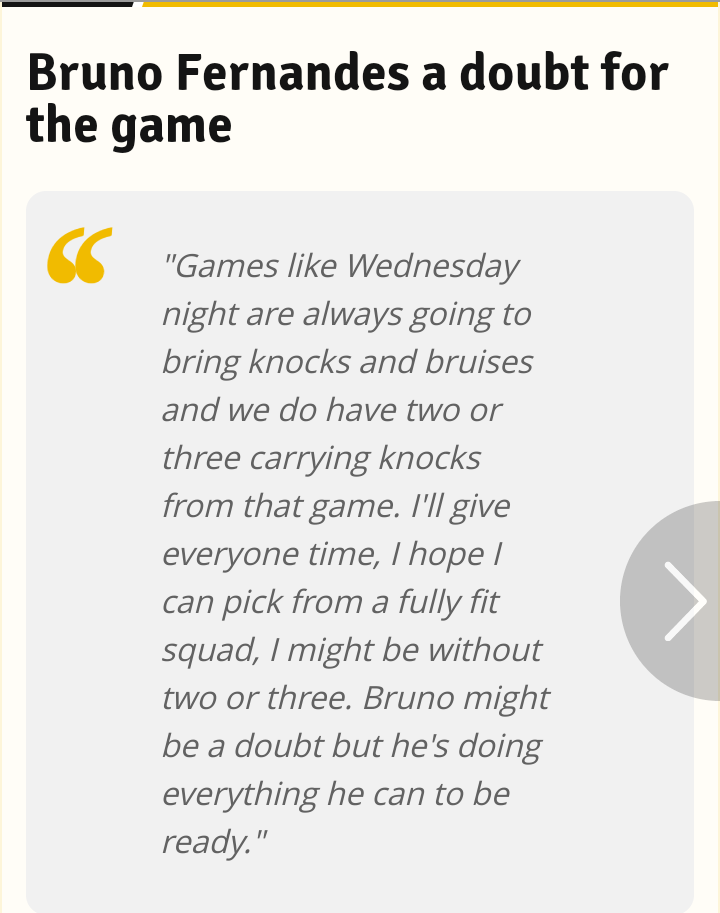 Bruno Fernandes was awarded the man of the match award on Wednesday against Atalanta after providing two assists in the second-half comeback. He has been one of the most important players for the Red Devils since his signing from Sporting Lisbon the previous January.

A miss for him would earn Ole Gunnar Solkjaer a huge blow and Jurgen Klopp a big win as the Red Devils looks to bounce back from disappointing Leicester loss. 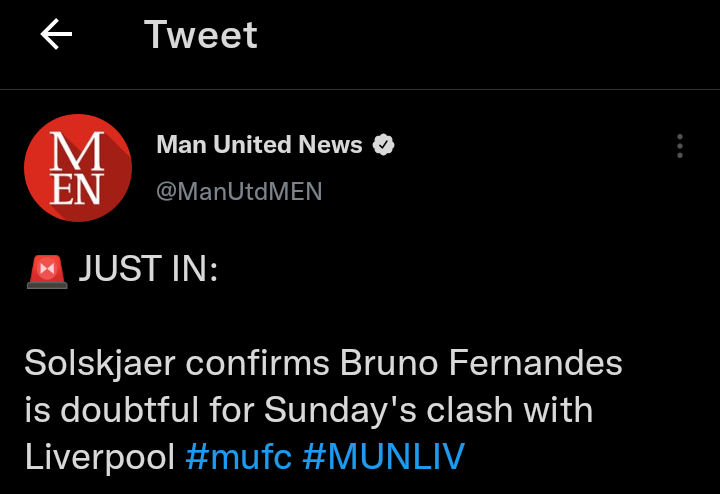