By StdNewsKenya (self media writer) | 1 month ago 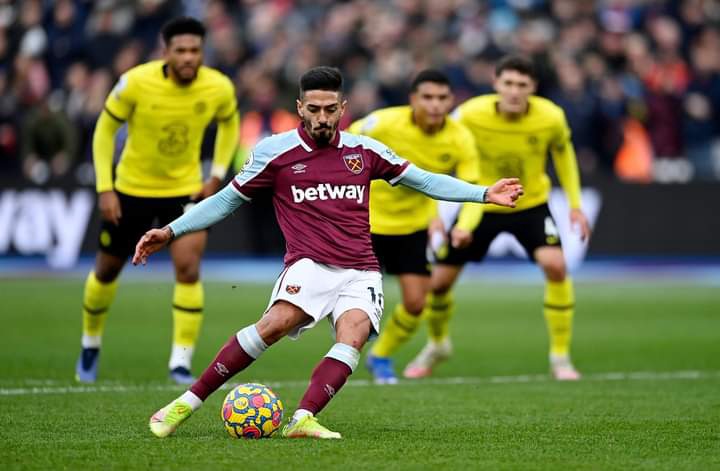 English Premier League early kick off for Chelsea turns the hopes of the blues to remain on the top of the table. Chelsea who are leaders of the EPL with 33 points are followed closely by Man City who are second with 32 points.

There is a possibility of either Man City or Liverpool taking the lead in the table after the blues lost to the hammers. The entertaining match which kicked of at 1530hrs in London stadium ended 3, 2 in favor of David Moyes' boys. 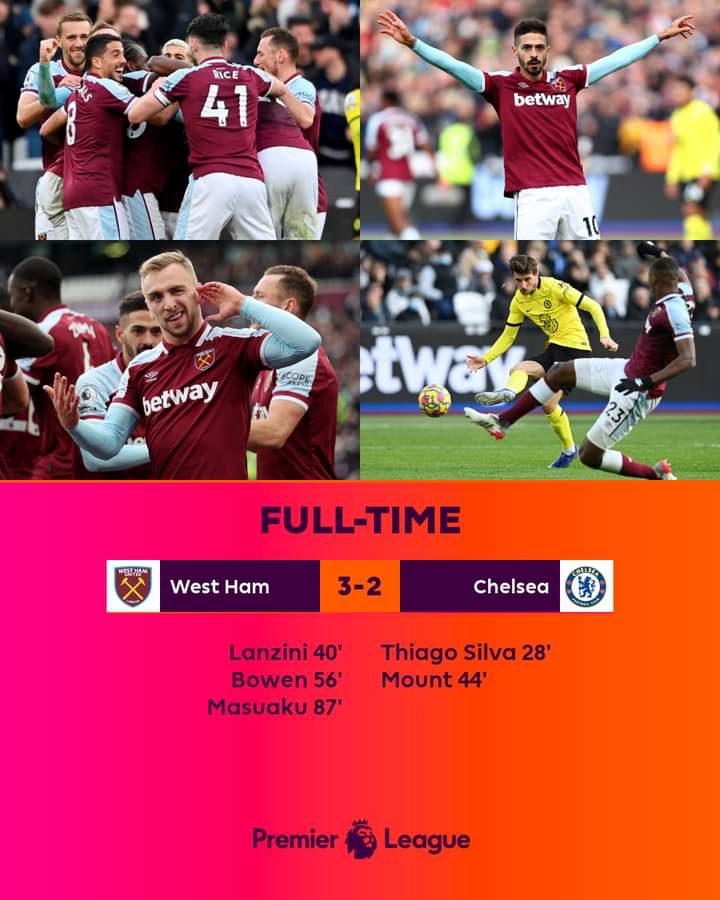 Although the Tuchel's boys dominated the match, with ball possession of 64 per cent miss lucky was not on their side. Chelsea were the first to score through Thiago Silva at the 28th minute, but M. Lanzin leveled the score board at the 40th minute through the penalty.

The game went half time Chelsea leading 2, 1 after man of the match, Mount scored at the 44th minute.

During the second half, the Hammers overturned the tables for Chelsea, J Bowel opening the score sheet at 56th minute. The Hammers gained confidence and they didn't look back. 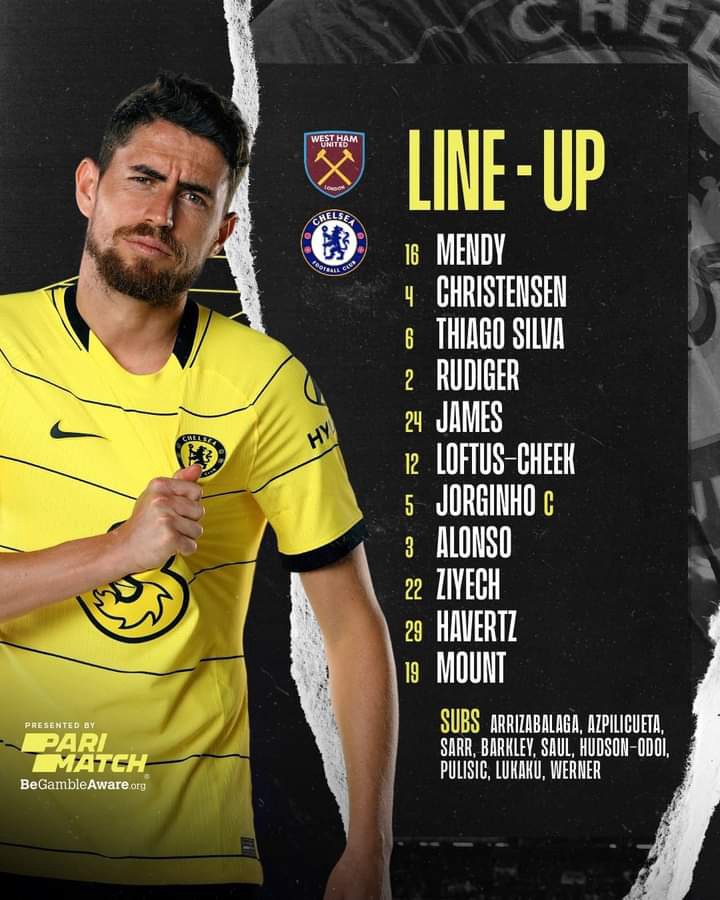 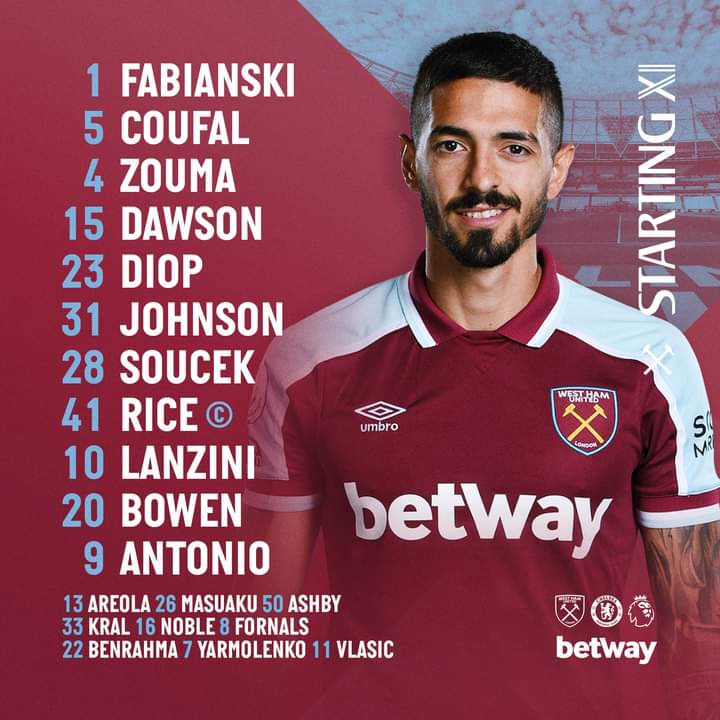 At the 87th minute A. Musuak completed the score sheet putting the boys of Moyes a head of Tuchel's boys. The blues tried to fight hard for the three points, but the Hammers already had concealed the lead.

Even after the referee of the match Mr. Andre Merriner adding four minutes to cover up the lost time through injuries during play time, the blues didn't find lucky.

The West Ham are now the EPL title contenders after moving to 27 points, 6 points less the leaders Chelsea. In case Man City and Liverpool Wins this weekend, Chelsea will shift to position three paving way for either Man City or Liverpool to take the lead.

For the funs of Chelsea fingers are closed for Man City and Liverpool to loose their matches for them to remain on top of the table.