By Powersportnews. (self media writer) | 3 months ago

The Gambia write history as they qualify to the final 16 in their first ever. Gambia continued their stunning debut Africa Cup of Nation campaign, after Ablie Jallow's stunning stoppage-time winner secured a 1-0 victory over Tunisia at the Limbe Omnisport Stadium. Jallow's last minute screamer snatches the full point for the scorpion on 90' plus three minutes. 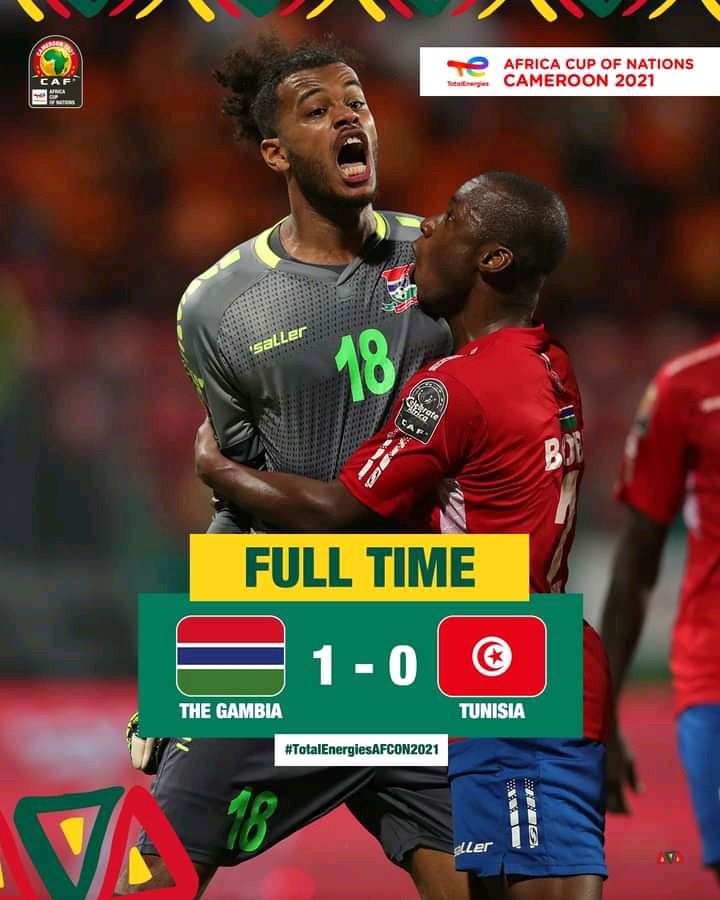 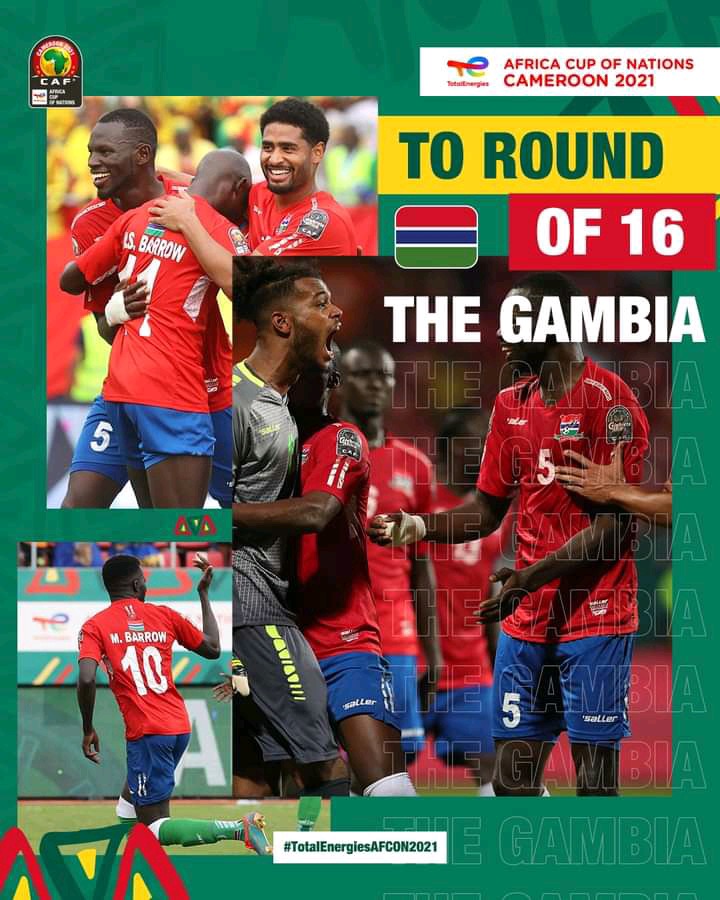 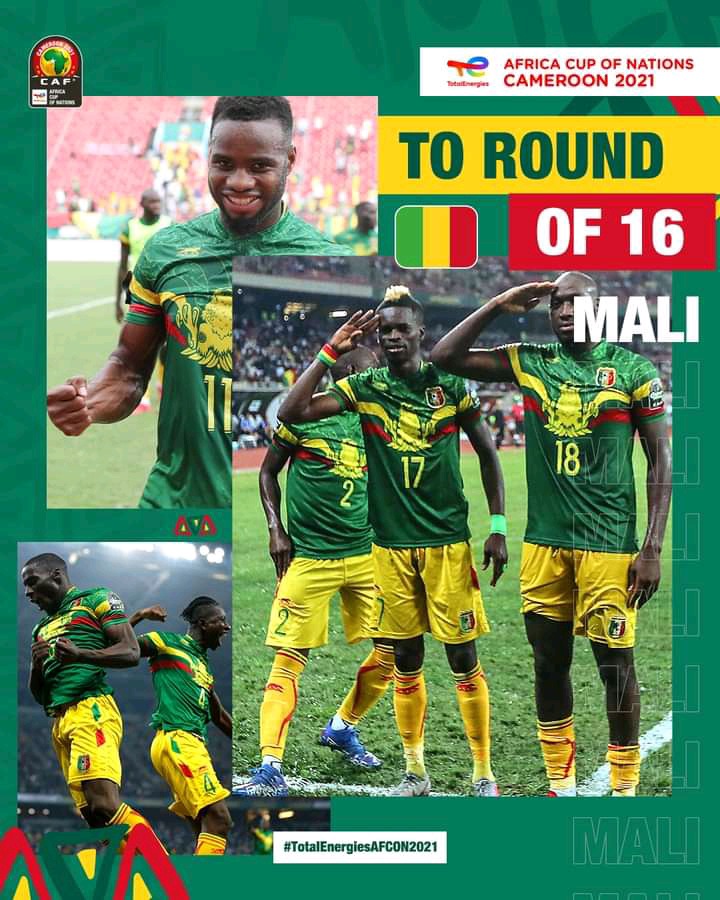 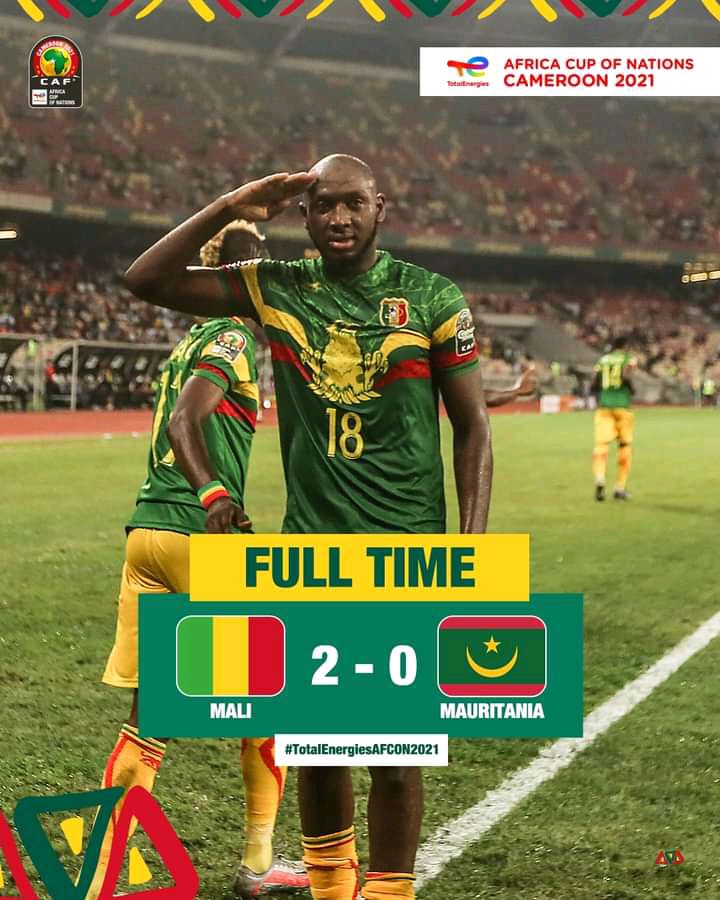 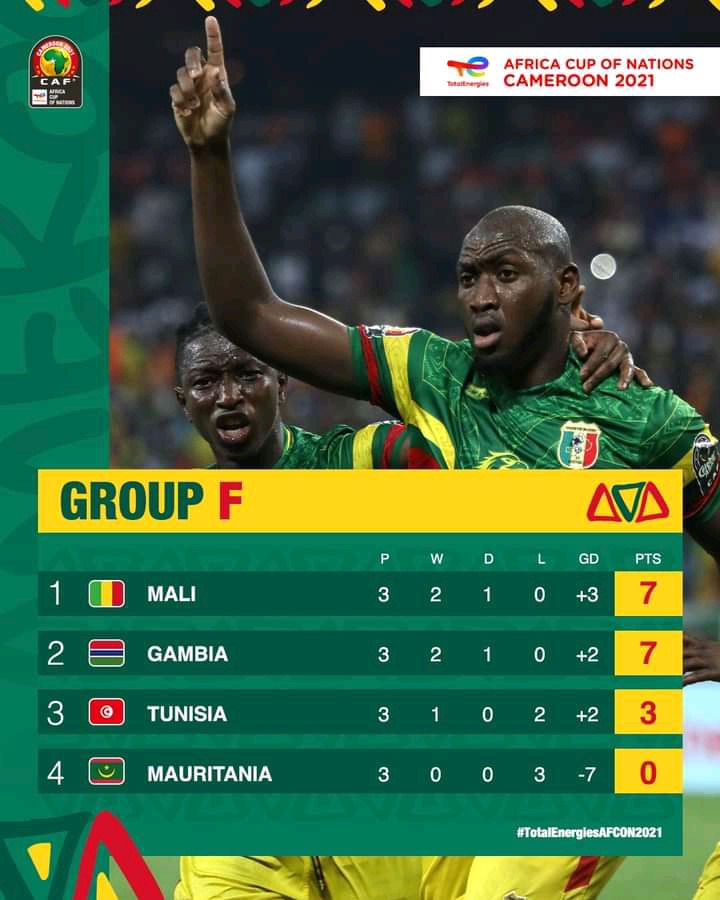 The Elephant secure an impressively victory against the Desert Foxea. A convincing 3-1 victory against Algeria saw the Ivory Coast secure their spot in the Africa Cup of Nation last 16, and depeive a firmly second-best opposition of any chance to steal Egypt's mantle as the last team to win successive titles. Cote D'Ivoire book their spot in the round 16 of the Africa Cup of Nation. 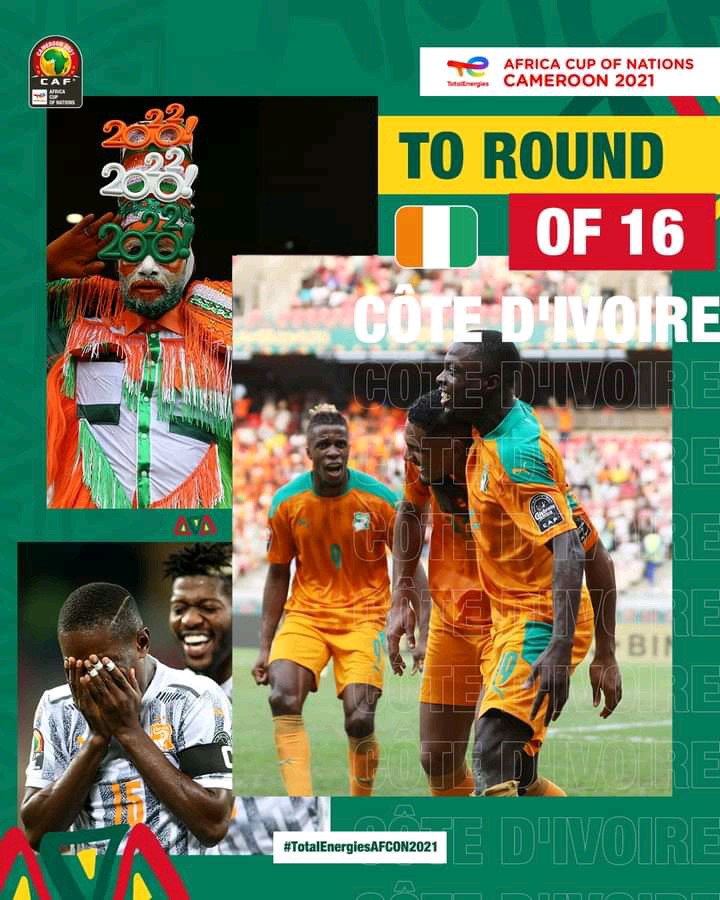 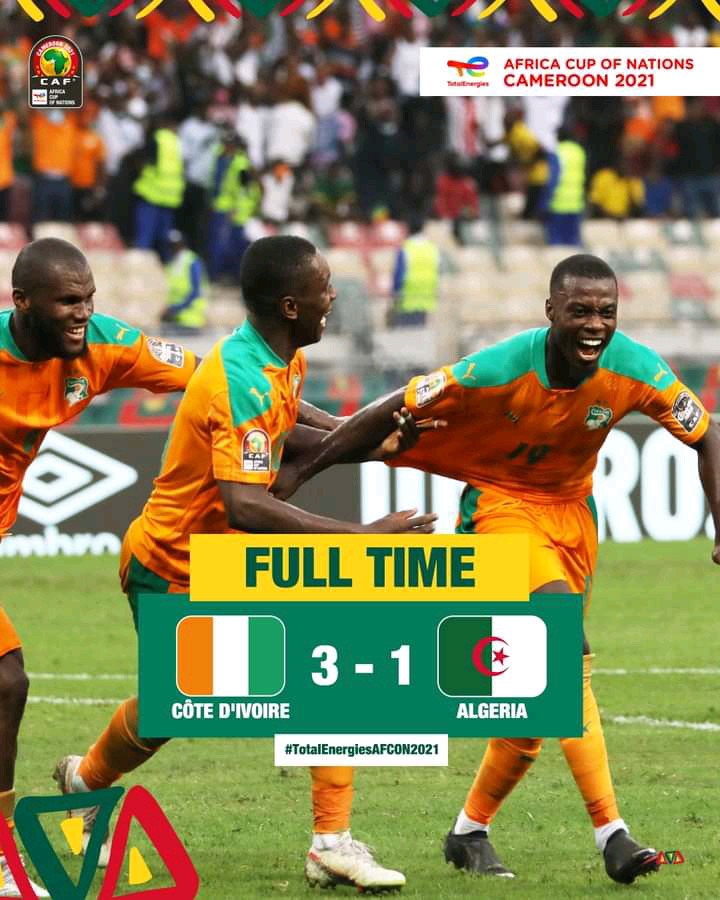 Pablo Ganet's strike secures Equatorial Guinea place in the knockout stage. Equatorial Guinea secured their progression to the Africa Cup of Nation last 16 with a 1-0 victory over Sierra Leone, to make it three successive AFCON campaign in which National Thunder have advanced from the stages. 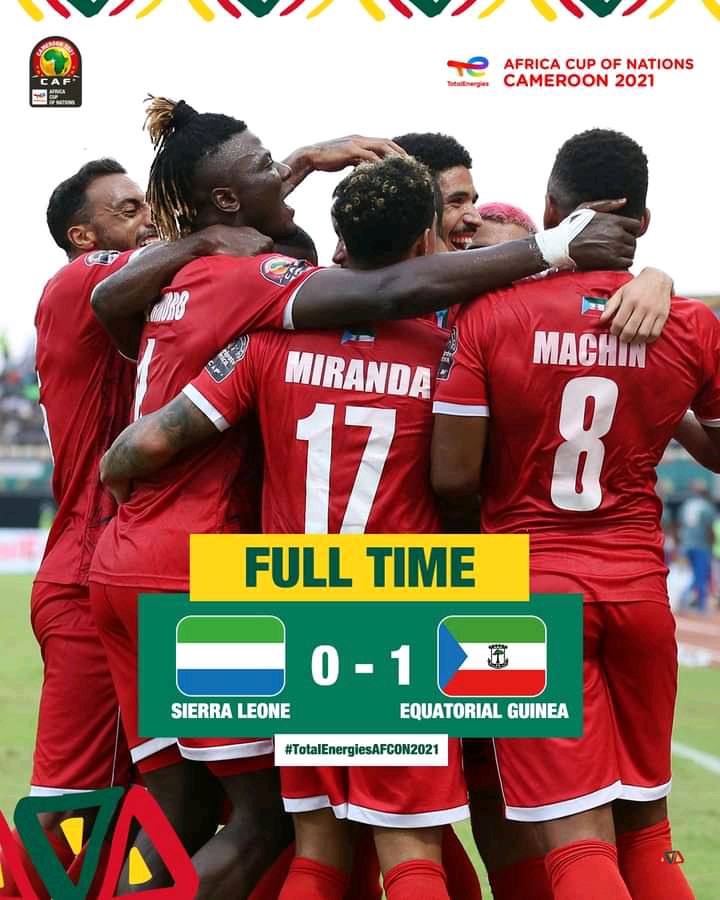 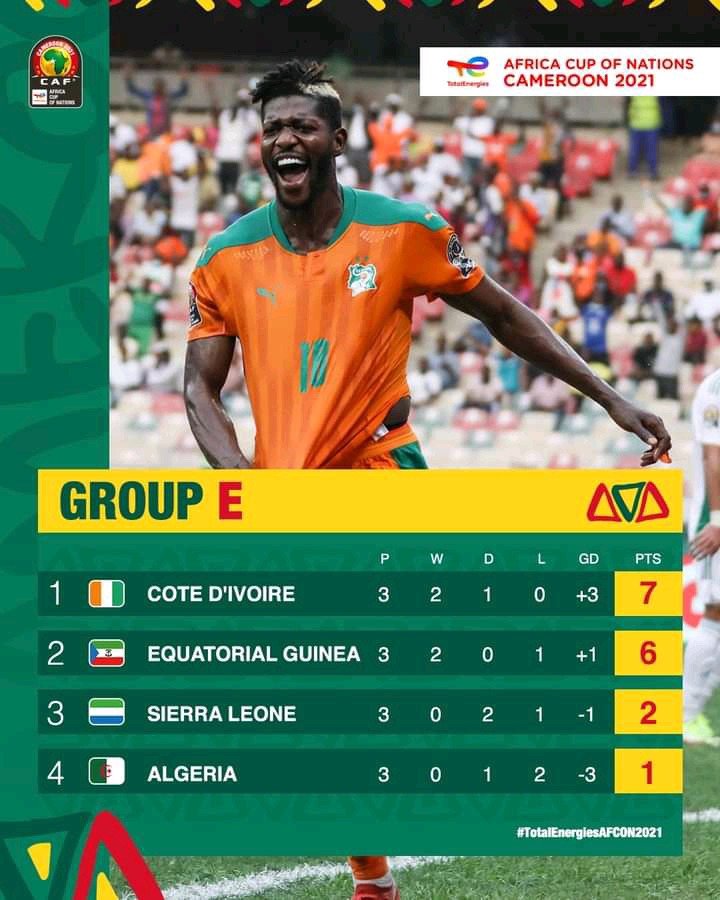 The screenshot below shows how group E and F Looks with Ivory Coast and Mali victorious win. 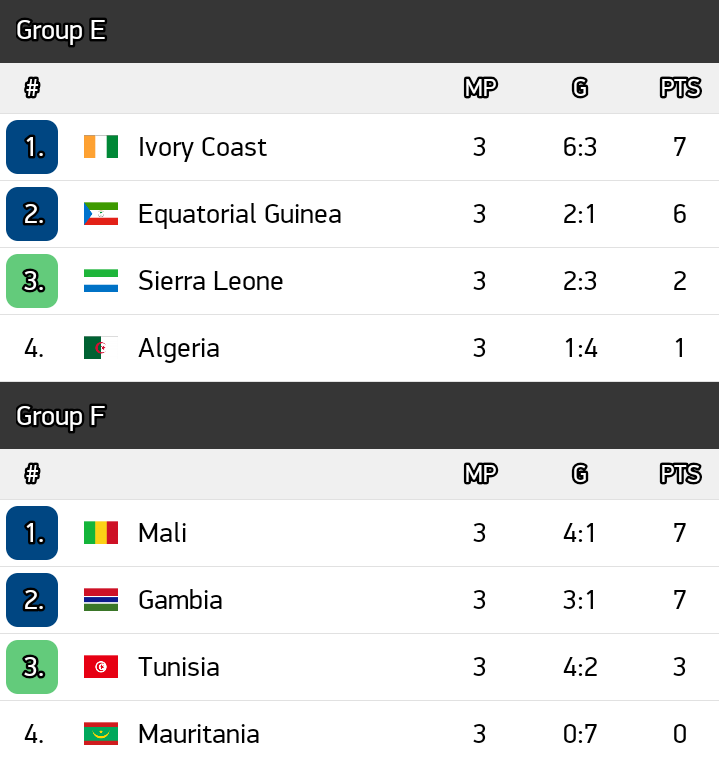 Thank you very much for watching my channel please throw a comment about it and feel free to share it.