The league is the main reason for this business. It is so simple that every young player wants to go there and score a bunch of goals so that big european club could be interested and buy them with good money and high expectations. But most of them have been flops. 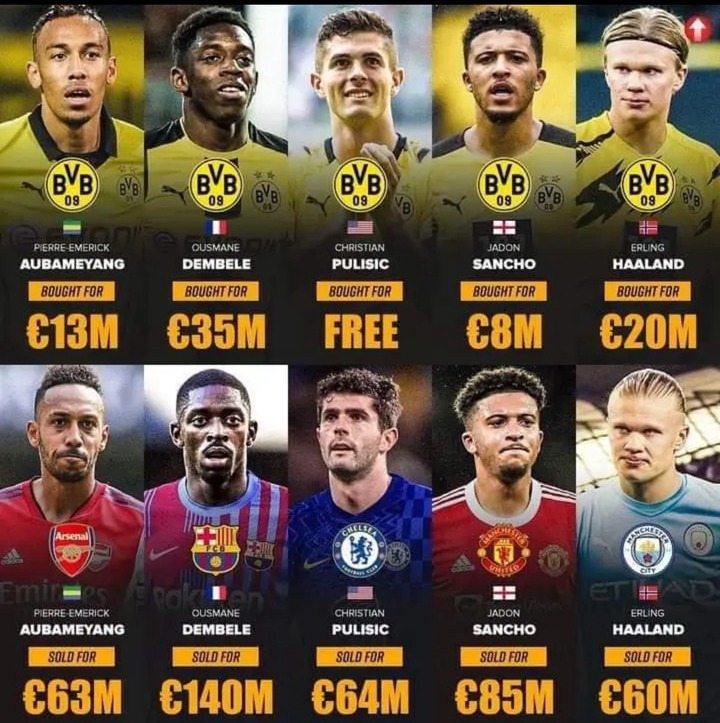 Apparently, the best business talent scouting was Lyon in the 2000s - Essien, Malouda, Juninho, Diarra, Benzema, Lloris, Ben Arfa, Abidal. We usually give credit to the scouting team, they are doing a fantastic job.

Arsene Wenger tried the same but the only problem was Arsenal was and is not good at selling players. Imagine selling Thierry Henry and Van Persie for a combined price less than £50m. Figo (Barca to real) in 2000 was €62m, Zidane (Juve to Real) in 2001 was €77m. And then there was Arsenal selling Thierry Henry to Barca in 2007 for like €20m only. He sold RvP to Manchester United in 2012 for like €30m, both were like giving away for free.

Borussia Dortmund have an amazing record. Sadly they don't have that many German league wins, only 1 UCL to show for it. Still, I love their attacking style and they are my second/third favorite team.

15 Things you must not do with your Smartphone

The Secret To Overcoming The Enemy

How To Attract A Nice Man

The Only Animal That Can Stay For Upto 30 Years Without Food, Water And Oxygen But Still Survive

Our imperfections that men find beautiful

"Shame On You" Caroline Mutoko Reacting To Kenyans' Roasting Online