By Rutoand_UhuruNews (self meida writer) | 20 days 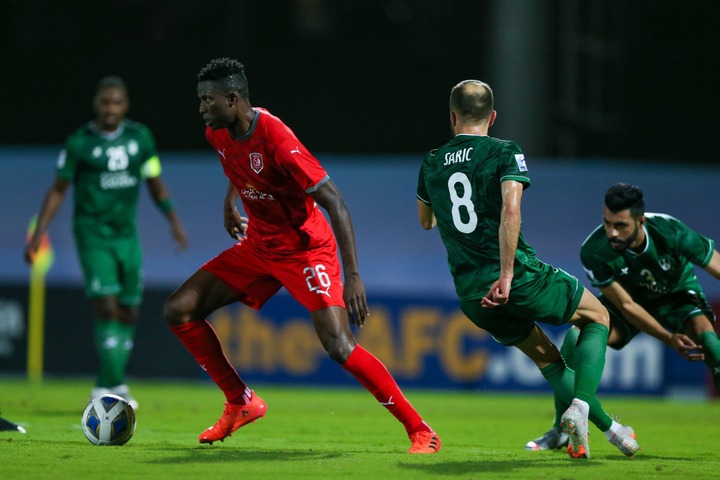 Esteghelal forward Cheikh Diabate scored in the 27th minutes from the spot after he was brought down inside the box. Olunga equalised through a penalty in the 45th minutes after he was fouled by Esteghelal defenders. 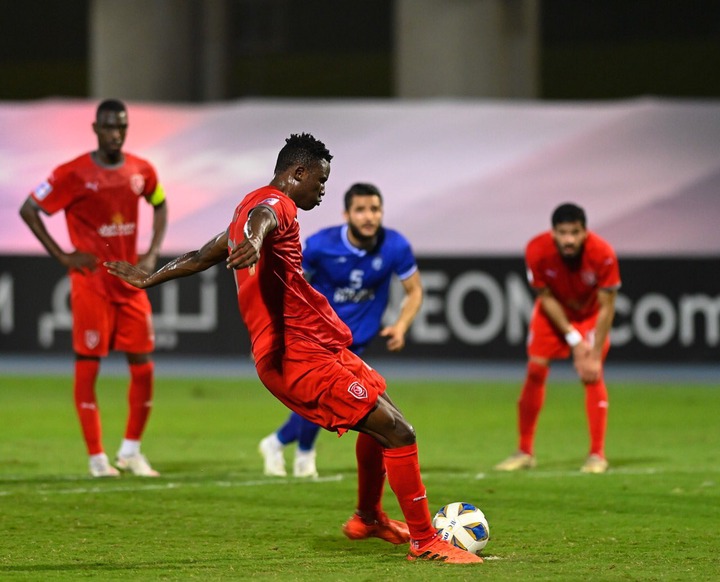 In the second half both sides showed brilliant displays. Olunga scored the second goal in the 59th minutes after he rounded three defenders inside the box before he released a thunderous shot. Esteghelal's Mohammed Ghayedi had other ideas as he equalised in the 61st minutes making the match to end in a draw of two goals apiece. 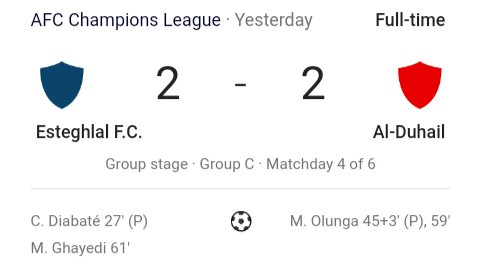 Al-Duhail SC leads the group with 8 points followed by Esteghelal and Al Ahli both with seven points.

Content created and supplied by: Rutoand_UhuruNews (via Opera News )

Top 5 Highest Paid African Footballers As At 2021 And The Clubs They Play For.

Why Leicester City might lose FA cup to Chelsea?

Why Chelsea Is Going To Win FA Cup Against Leicester City Today.