Arsenal Club Unveils The New Head Coach Ahead Of Next Season.

By Thegreatwritter (self meida writer) | 1 months

Arsenal women football club has signed a new head coach as the club now prepares for a new season in August. 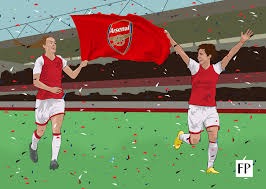 The club has officially signed the 38-year-oldJonas Eidevall who guided the Swedish side, Rosengard to the quarter-finals of champions league Las year.

She is set to succeed the outgoing coach Joe Montemurro, who left the Gunners at the end of the season after four years in charge.

The new club coach has led the swedish side Rosengard fc to three Swedish titles in two spells and has coached at men's side Lunds BK.

Speaking shortly after he was unvailed as the new coach, Eidevall praised the women's club as a very successful soccer club stating that he will be ready for the new challenge.

He has also promised the club and the fans that her job will see the club to a new level.

"I want to add more honours to the club," Jonas added.

This is one of the steps the women's side has made alongside bringing in other news players and can see them win something at the end of the season.