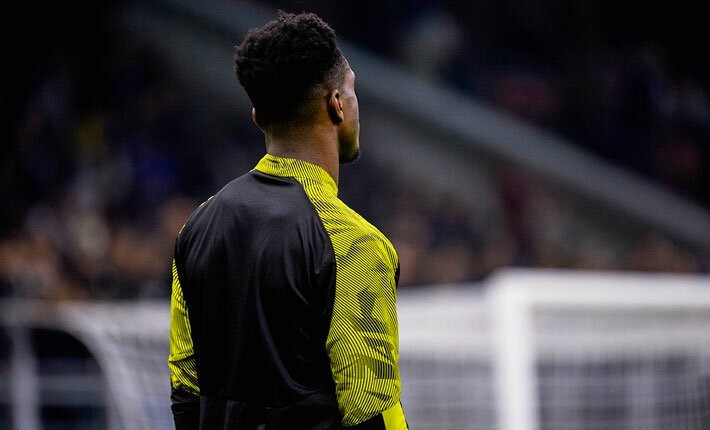 Rumours have been increasing regarding a potential move for Borussia Dortmund forward Jadon Sancho. It is believed Manchester United have approached the German club with a bid of £67 million but it has been rejected by the Bundesliga club.

However, the Red Devils do not want to miss out on their number one target again this summer.

Therefore, expect to see Manchester United return with a larger offer and there is a good chance Sancho will make the move to Old Trafford come the end of the European Championship.

You only have to look at the recent Europa League final to understand why manager Ole Gunnar Solskjaer wants to add Sancho to his squad.

Despite several of the players in the starting XI for the Europa League final looking tired going into extra-time, the Norwegian was reluctant to turn to his bench and when he did, it was Fred, a central midfield player, who came on to replace Mason Greenwood.

If Sancho had been available, there is no doubt Solskjaer would have used him, or one of the attacking players who started the match, from the bench earlier.

Interestingly, Borussia Dortmund have a gentleman's agreement with the player that they will allow Sancho to leave the club if a bidding team reaches their valuation before a certain point in the summer.

It is believed that is expected to be his return from the European Championship with England and given they are one of the favourites to win the tournament, it could be sometime in July.

If Manchester United do secure the signing of Sancho, it will be interesting to see how they line up at the beginning of the 2021/22 season.

Sancho is sure to come in at first choice on the right side of the Manchester United attack, a position which as been causing problems for the manager. Marcus Rashford, Mason Greenwood, and Daniel James have all played there over the course of last season.

James is a great squad player and he is capable of good things on his day but does not have the consistency to become a first choice selection at Old Trafford.

Rashford is better coming in from the left side of the attack and Greenwood is regarded by many as being the next Manchester United centre forward. Edinson Cavani has agreed to stay with the club for another season and is likely to share the central striking position with Greenwood.

The addition of Sancho will allow Solskjaer to play Greenwood in his favoured central role but the England international has also proved useful coming from the right side of the attack to score goals.

So, we may see Greenwood deployed as both the central striker and out on the right throughout the season.

Sancho has been tremendous in the Bundesliga and there is no doubt he has the ability to transfer to the Premier League and become a top player in the English top-flight.

However, the signing of Sancho alone will not be enough to lead Manchester United to the title.