Why Zidane could be sacked and his possible replacements

By JerohPointOfView (self media writer) | 1 year ago 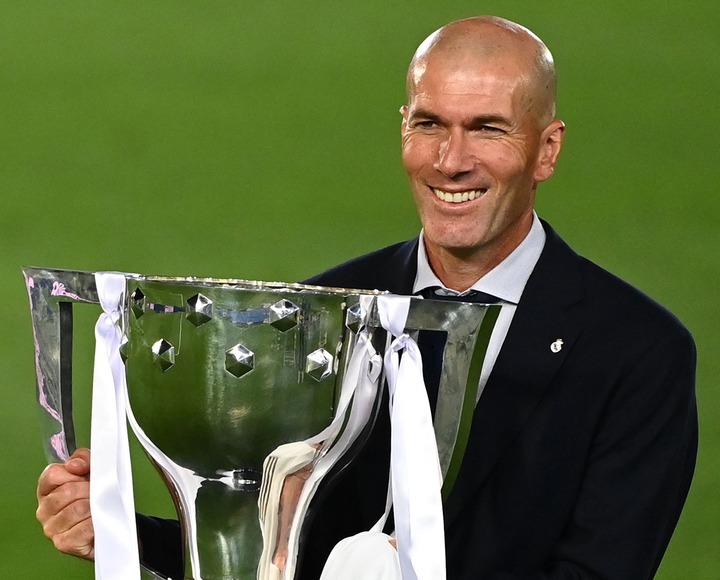 Real Madrid's coach Zidane is undoubtedly one of the best managers in football after cementing his place by winning 3 back to back Champions league trophies with The Spanish giants.But in the recent things haven't quite worked as the Madrid faithfuls would have wished.With last summer signing Eden Hazard from Chelsea yet to impress only managing to score 2 goals from open play in a stinct where he is most of the time match unfit not to say his constant injuries.

Real Madrid is on a poor run of form and the next seven days prove to be a week for descions by the people at the elm of the Madrid board who are yielding to pressure by the fans to scrutinise the job of the manager.Real sit fourth on the La Liga table,a position the fans can't see the team defending their league title from and third in the CL group.

Madrid begin their first match with a trip to Sevilla in a La Liga clash on Saturday.The Europa league champions are 5 th placed in the La Liga table and will be looking back to bounce from a 4-0 demolition by Chelsea in the Champions league early this week.Having secured a place in the next round of the CL it won't be surprising if Sevilla field their strongest side.

To compound to their woes,on Wednesday they welcome the group topping Borrusia 'gladbach to Bernabou looking to come out with nothing short of a win to qualify for the next round of CL fixtures.If eliminated Zidane and Real Madrid face the same criticism they faced when they were outclassed out of the champions league by Guardiola's Manchester City- a lack of game management and deficient tactical approach to the game.

As if that's not enough on Saturday they face the revived,attacking minded neighbours of theirs Athletico Madrid who are high flying at the moment with arguably the league's best player in Joao Felix.Athletico are on a fine run of form coming into the clash and will be looking to add to their advantage.

The outcome of these games,undoubtedly will impact the flow of situations at the La Liga Champions and this may be probably Zidane's tough week at Madrid.

He may not face the sack but if he does there are a lot of managers already rumoured to be interested in the job at one of the world's wealthiest teams.The list contains coaches with admirable reputation in European football like Former Tottenham Boss Mauricio Pochettino,former Juventus tacticians M.Allegri and Maurizio Sarri.

Content created and supplied by: JerohPointOfView (via Opera News )