Judging recent form, the Cherries are the best team in the competition – as they are the only squad in the Championship to have won their last four games. They are scoring goals at an impressive rate, and are defending well too.

In fact, only two other teams have outscored them this season in the tournament, while only three have conceded fewer goals than them. As of now, they are in possession of the sixth spot with a lead of three points over the seventh-placed Reading, and they also have a match in hand. Their obvious objective is to secure a top-six finish, in order to qualify for the playoffs.

Meanwhile, the Terriers are one of the weakest in the competition. They are winless in their last four matches in the Championship, and are also placed 19th in a table of 24. They are not however under the immediate threat of the relegation cut-off since they have a safety cushion of eight points.

Going on, they have a worrying h2h record against this rival over the years, and they also have conceded the second-most number of goals this season in the Championship. By the looks of things, expect Bournemouth to deliver a winning performance this Tuesday at the Kirklees Stadium. 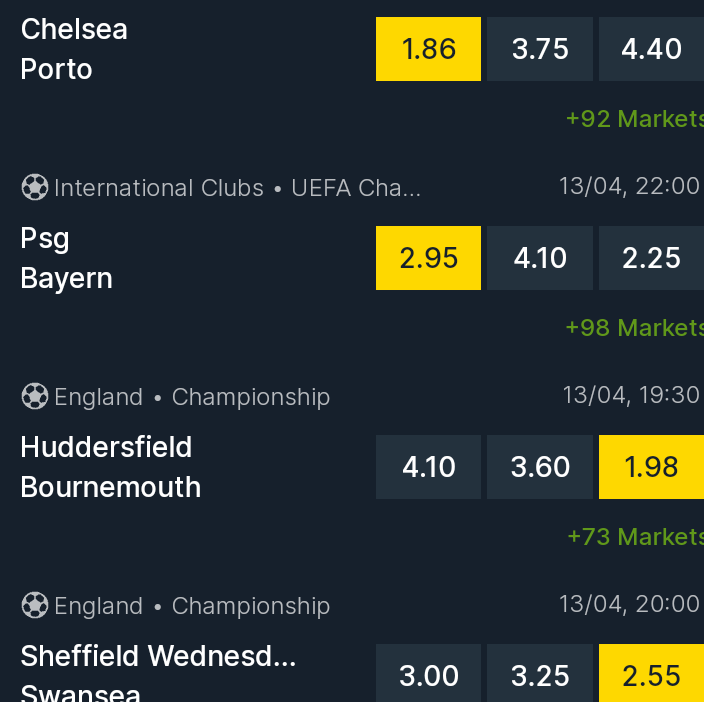 The reverse encounter had ended in a 5-0 win for Jonathan Woodgate’s men.They had won four of the previous five meetings.They had also recorded nine of the former eleven overall wins.Since 2008, not once have the hosts kept a clean sheet at this stadium. Since 2011, the hosts have managed to find the back of the net in just two clashes at this ground.

Carlos Corberan’s men were held to a goalless draw the last match-day at home by Rotherham, and before that they were defeated 7-0 by Norwich. In the meantime, the Cherries recorded a 4-1 win against Coventry.

Going on, the Terriers were winless in 17 of their preceding 19 games, and they have a single victory at home in their last ten appearances. On the other hand, their counterparts had won their past four league match-ups, and they had scored a total of 12 goals in the process. Importantly, they had also registered a 5-0 win in the latest h2h clash against this foe.

Taking into account these observations, expect Bournemouth to record a win this Tuesday against Huddersfield.