The 2021/22 La Liga campaign has reached match week eight, most of the clubs have participating in eight matches. Four clubs have played seven games, the clubs includes FC Barcelona, Alaves, Sevilla and Villarreal.

Four La Liga games were played on Saturday 2nd October at different venues. Osasuna clash against Rayo Vallecano in the first match which was played at Estadio El Sadar (Pamplona). 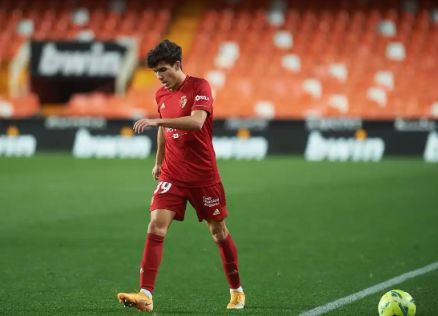 In the second clash, Mallorca hosted Levante at Iberostar Estadi (Palma de Mallorca). Ángel 75' goal assisted by Baba was enough to give the host three points. Mallorca have secured 11 points while Levante are struggling in the relegation zone.

In the last game of the day which is always one of the biggest fixture in La Liga, Atlético de Madrid hosted FC Barcelona at Estadio Wanda Metropolitano (Madrid) in the their match week eight. 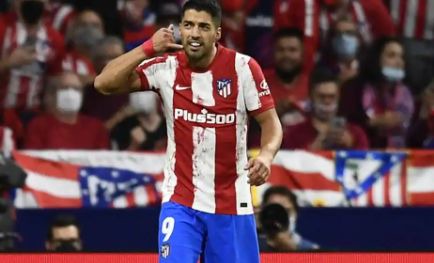 Lemar broke the deadlock in the 23' through fantastic goal which was assisted by Luis Suárez. In the 44th minute now Luis Suarez found back of the net assist by Lemar to make the scores 2 - 0. 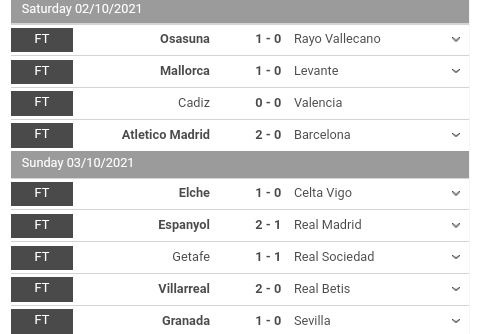 Five matches were played on this day where Elche opened up with 1-0 victory over Celta Vigo. 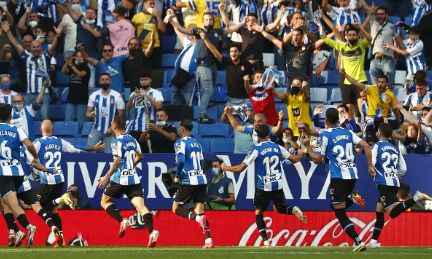 In the 60th minute Aleix Vidal netted second goal assisted by Bare to make the scores 2 - 0. At the 71' Karim Benzema scored consolation for Real Madrid assisted by Luka Jović.

Despite Real Madrid loss to Espanyol, they are still on top of the table having 17 points. 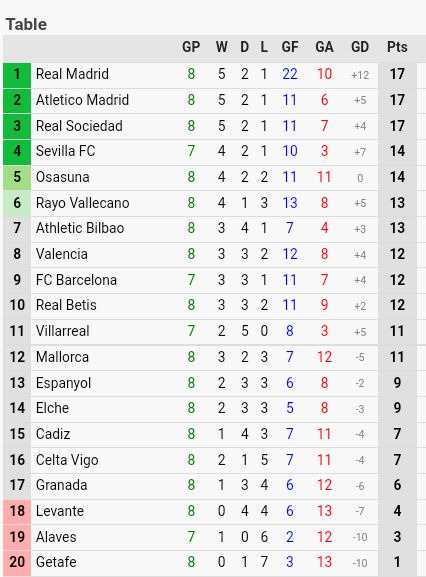 Karim Benzema is the leading scorers so far he has managed to score nine goals.