By Abiudeon (self media writer) | 1 month ago

Following the previous game of Manchester united verses Everton in the Premier League where both teams got a draw of 1-1.

Christiano Ronaldo have told the Manchester United manger Ole Gunnar Solskjaer to play him every match.

The Portugal striker was unhappy following the decision of the manager to start him from the bench. 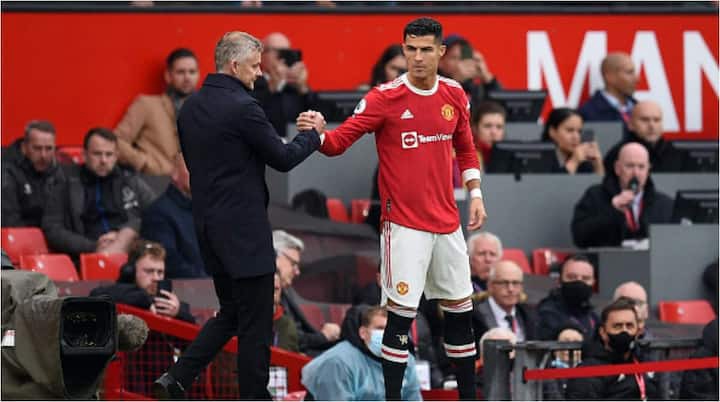 The Portuguese striker come from the bench in the 57th minute but it was to late when the final whistle blew both teams were equal with a draw of 1-1. Ronaldo was disappointed following the draw and he was not happy because he was on bench.

United manager later disclosed that he benched the striker because he thinks he needed more rest having played full 90 minutes against Villarreal three days earlier.

Manchester United are hoping to win todays game when they are facing Leicester City at King Power stadium. Where they will be missing the services of Raphael Varane who suffers an injury.

Content created and supplied by: Abiudeon (via Opera News )