By valentinehenry (self media writer) | 6 months ago 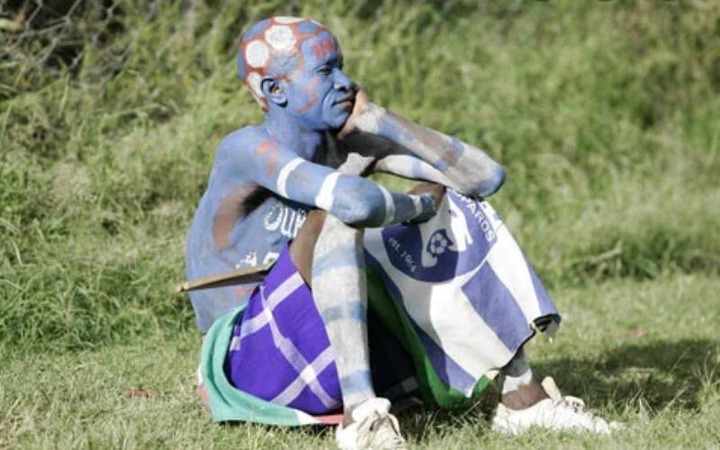 Emerging details surrounding the mysterious murder of popular Harambee Stars and AFC Leopards' fan Isaac Juma have indicated how in April 2021, the deceased decried that his life was in danger.

58-year-old Juma was reportedly killed at 9pm on Wednesday (January 26) in Mumias, Kakamega County, nine months since he expressed threats surrounding his life.

His second wife Ms. Farida Juma on Thursday revealed that a close relative of Juma wanted him dead to “permanently bring to an end a land dispute that had lasted several years”.

Speaking during an interview in April 2021, the late Juma lamented how one of his close family members wanted to grab his two-acre parcel of land, which he’d inherited from his parents.

"Whenever I leave Kakamega for sporting activities, they usually try to transfer the land ownership to their names," stated Juma during then.

Juma said that in 2019, while cheering Harambee Stars away from home, his five cows were stolen and sold. He, however, did not file formal complaints about the threats on his life, or the theft of his cows.

According to Mumias West Sub-County Police Commander Stephen Muoni, Juma was accosted by two panga-wielding men at his home in Mumias West on Wednesday night, and hacked to death thereafter.

Muoni said Juma’s brother and son rushed out when they heard a commotion, only to find him lying in a pool of blood. Initial reports have since linked his murder to land disputes.

The deceased constantly featured on the spectator stands, dancing animatedly, with Harambee Stars or AFC Leopards theme-colours painted all over his body. His choice of painting depended on which of the two teams was on the pitch that day.

On numerous occasions, he’d carry Kenya’s national flag to the stadium whenever Harambee Stars was playing. He will be laid to rest at his Ebuyenjere Village home in South Wanga, once funeral plans complete.

The deceased eked a living from supporting football clubs at a fee, selling newspaper, among other menial jobs. He leaves behind two wives and ten children.

Done Deal, Manchester City Has Confirmed Another Signing And Medical Tests Booked For The Player

Aden Duale Breaks Silence As He Successfully Defends His Seat