By thomasgeorge915 (self media writer) | 2 months ago 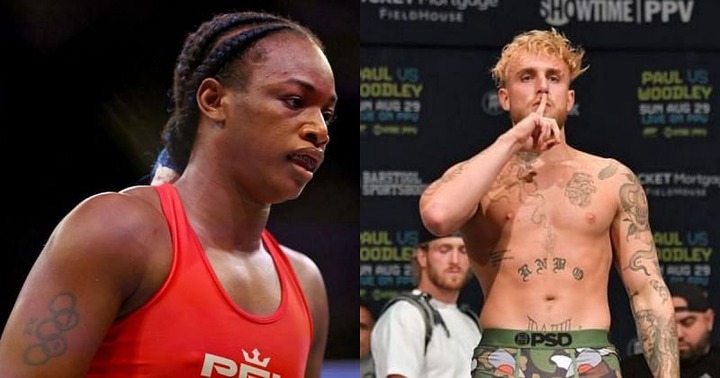 Claressa Shields has made headlines again by demanding the respect she deserves from the boxing world. Yesterday upon being asked if she would fight on Jake Paul’s undercard, she bluntly refused.

Claressa was asked, "Would you fight on Jake's undercard?" That's when Claressa responded by saying, “Don’t ever disrespect me. I am a 3-division boxing world champion. I am also a two-time Olympic gold medalist in boxing. I don’t know what Amanda Serrano’s purse was, I think it was $100k. I would never fight another boxing match for that amount of money. I am a million-dollar fighter. No disrespect to Jake Paul or Tyron Woodley. I can beat up Jake Paul at the weight class that I'm in, so no! I would never fight on the undercard of somebody who doesn't possess the skills and accomplishments that I have.”

Fans have since taken to social media to comment on her claim. Some fans believe she is capable of dismantling the 200lbs Jake. Some other fans said she should rid herself of that mentality and take on fights in whichever way, shape or form. Boxing fans said that if all elite boxers had the same viewpoint as Claressa, then boxing would be a dormant unexciting sport. One boxing fan, in particular, had this to say; "If Anthony Joshua refused to fight Oleksandr Usyk because of excuses that Usyk isn’t as accomplished as him, we wouldn’t have witnessed the spectacle they both put on last Sunday.”

Even though Claressa Shields versus Jake Paul would be an intriguing match-up, never before has the sport of boxing witnessed a match between a man and a woman. It is probably never going to happen. The best option fans have is to debate and speculate on a fantasy match between the female boxer Claressa and the YouTuber Jake Paul.

Content created and supplied by: thomasgeorge915 (via Opera News )