By Trendingmaster (self media writer) | 26 days ago 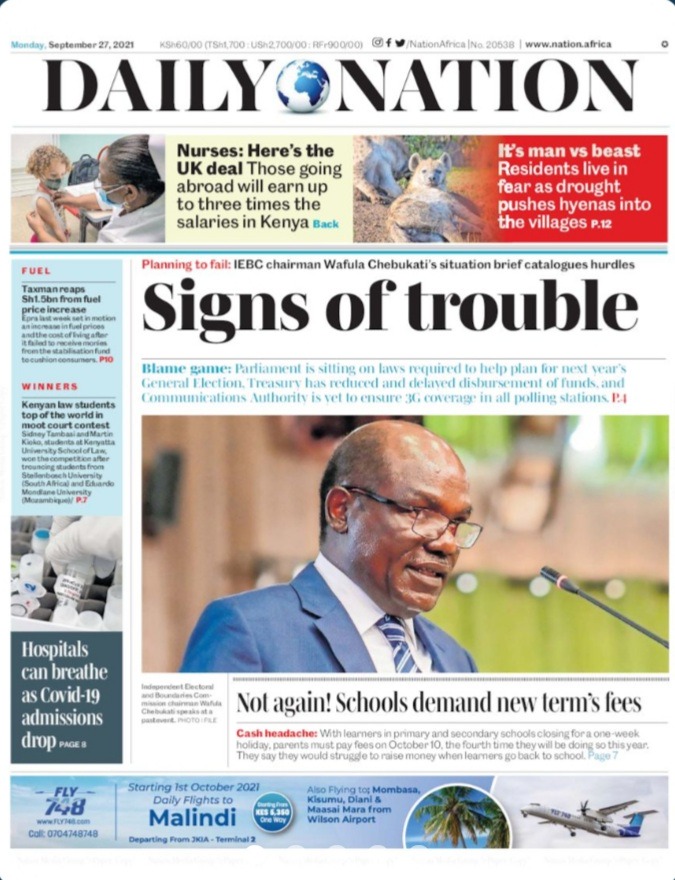 Blame Game: Parliament is sitting on laws required to help plan for next year's General Election. Treasury has reduced and delayed disbursement of funds and Communications Authority is yet to ensure 3G coverage in all polling stations.

Cash Headache: With learners in primary and secondary closing for one week holiday, parents must pay fee on October 10, the fourth time they will do so this year. They say they would struggle to raise money when learners go back to school.

Those going abroad will earn up to three times the salaries in Kenya.

Epra last week set in motion an increase in fuel prices and cost of living after it failed to receive monies from the stabilisation fund to cushion consumers. 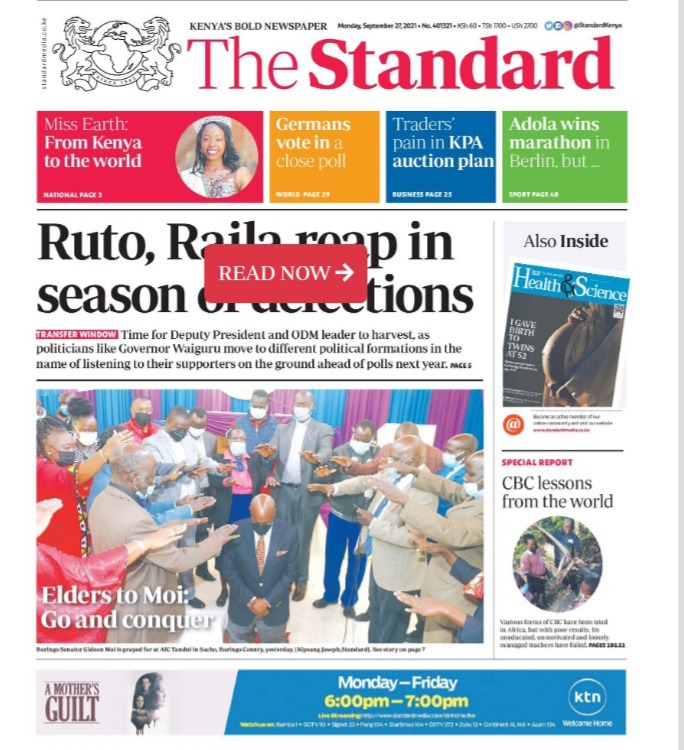 Transfer Window: Time for Deputy President Wiliam Ruto and ODM leader Raila Odinga to harvest, as politicians like Governor Waiguru move to different political formations in the name of listening to their supporters on the ground ahead of polls next year. 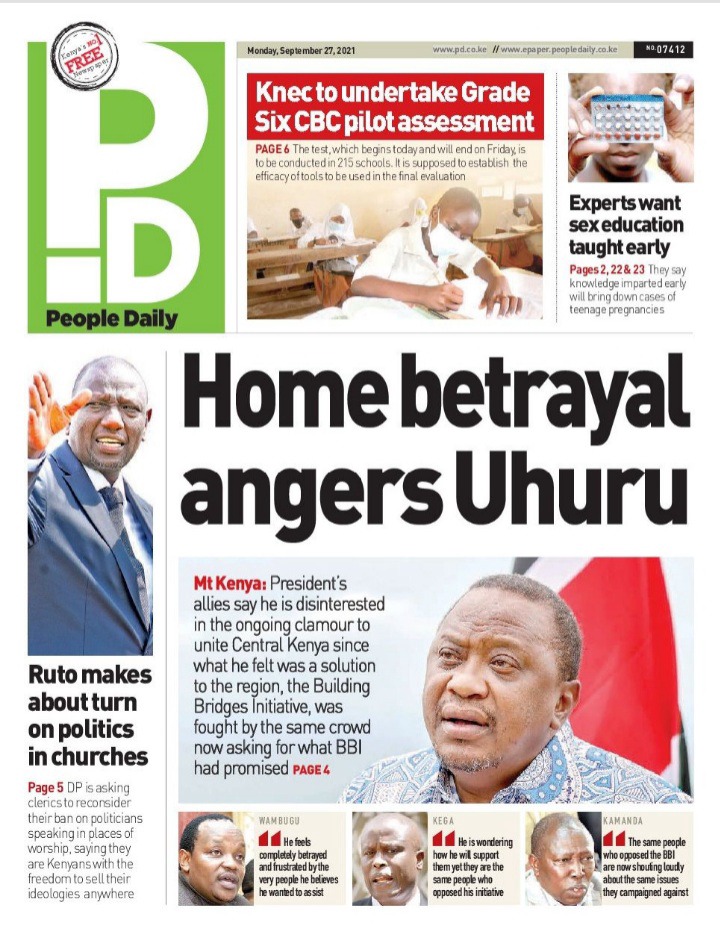 Mt kenya: President's allies say he is disinterested in the ongoing clamour to unite Central Kenya since what he felt was a solution to the region, the Building Bridges Initiative, was fought by the same crowd now asking for what BBI had promised.

Ruto makes about turn on politics in churches

DP is asking clericks to reconsider their ban on politicians speaking on places of worship, saying they are Kenyans with the freedom to sell their ideologies anywhere.

The test, which begins today will end on Friday. The test will be conducted in 215 schools. It is supposed to establish the efficacy of tools to be used in final evaluation. 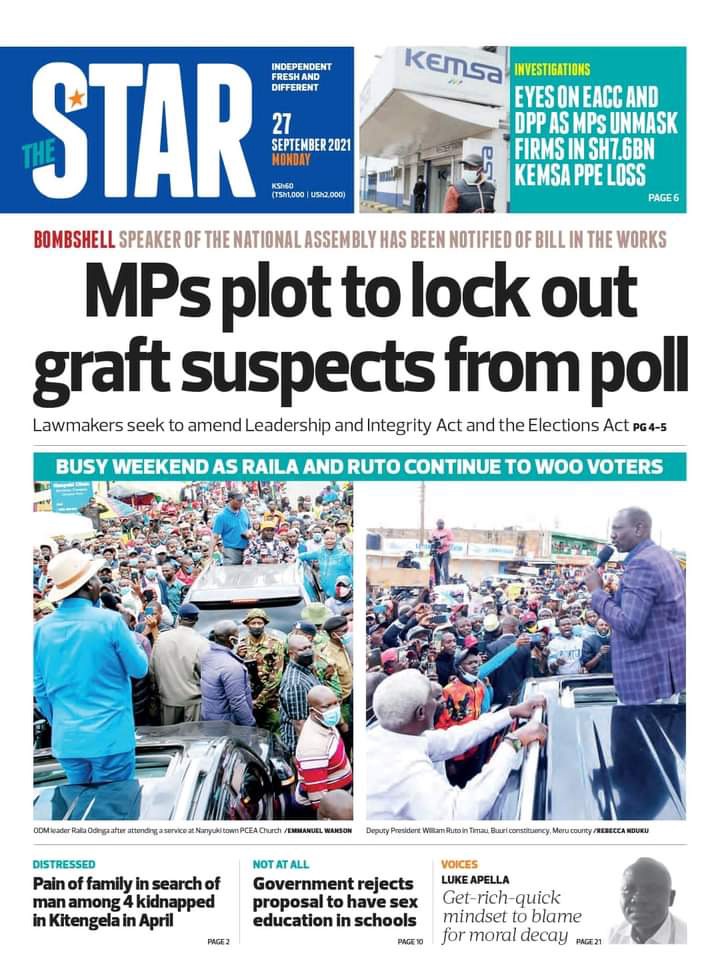 MPs plot to lock out graft suspect from poll

Lawmakers are seeking to amend Leadership and Integrity Act and Elections Act to bar graft suspects from contesting.

According to the publication, the speaker of the National Assembly has been notified of the bill. 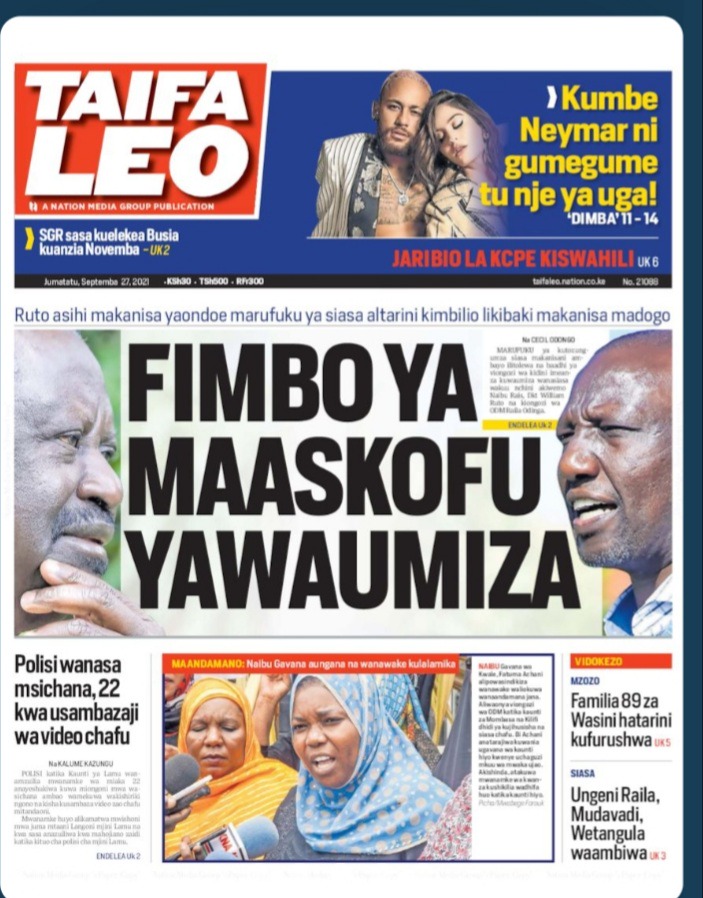 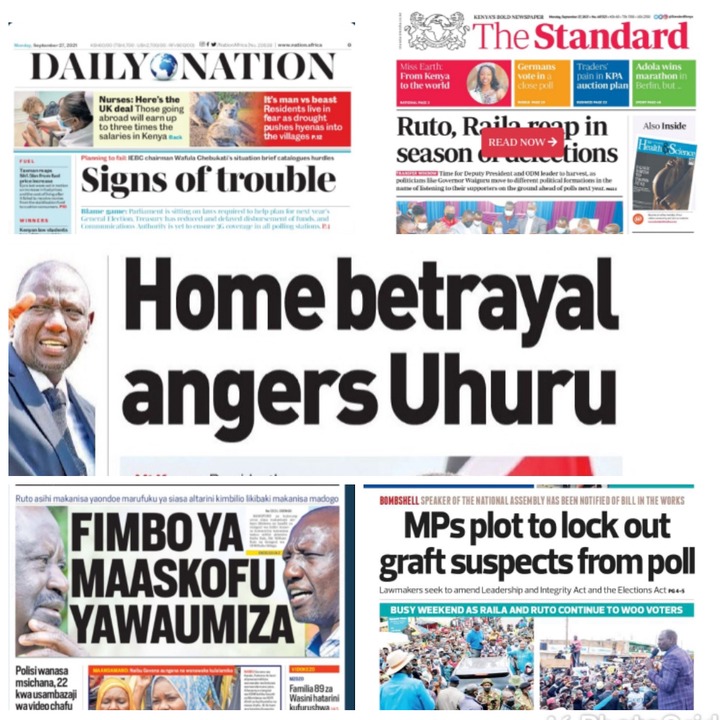 "Hatari" Weapons The Youths Who Attacked DP Ruto's Convoy Had, That Could Have Endangered His Life

DP Ruto's Statement After The Stoning Of His Motorcade In Busia