Saturday 20th: The Standard, The Daily Nation And The Star Newspapers Headlines Review

By Trendingmaster (self media writer) | 9 days ago 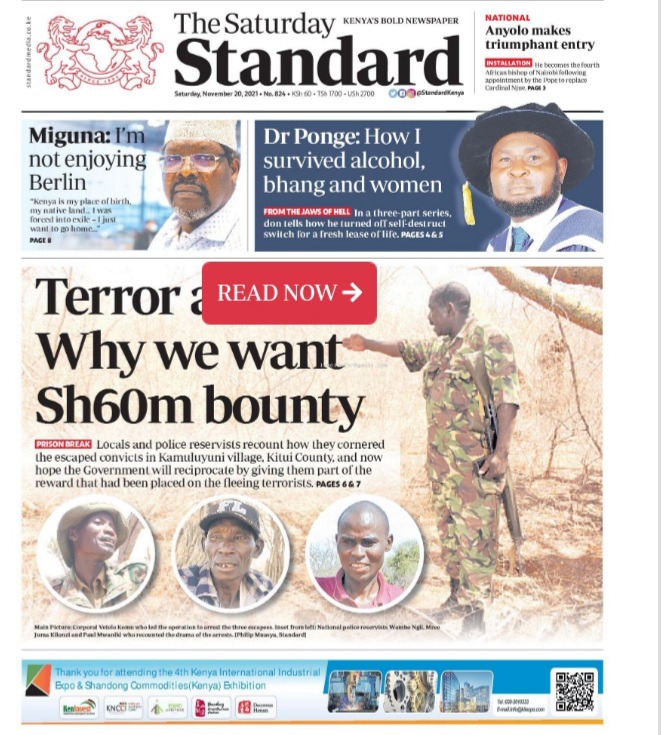 Prison Break: Locals and police reservists recount how they cornered the escaped convicts in Kamuluyuni Vilage, Kitui County, and now hope the government will reciprocate by giving them part of the reward that had been placed on the fleeing terrorists.

Miguna: I'm Not Enjoying In Berlin

Kenya is my place of birth, my native land, i was forced into exile, i just want to go home. 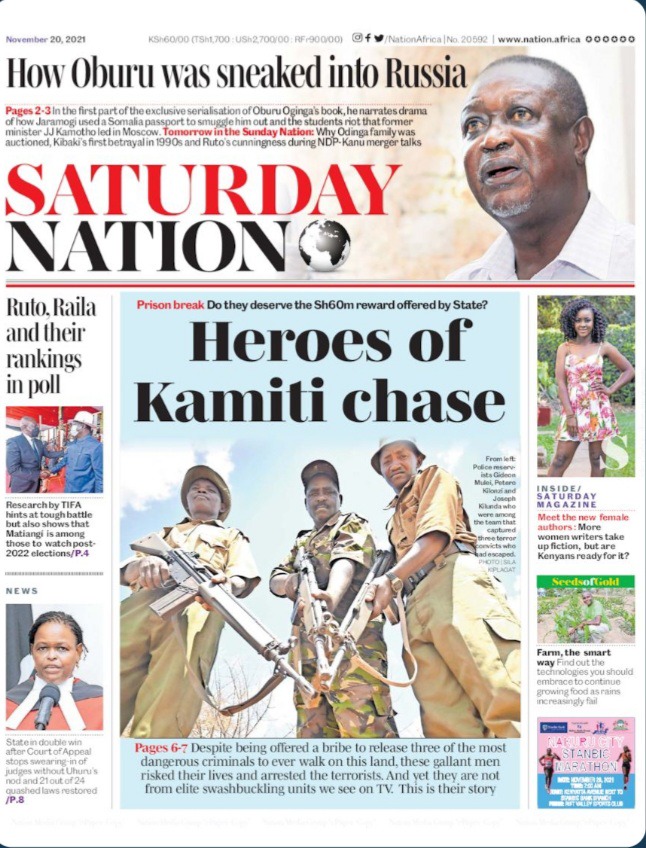 Ruto, Raila And Their Rankings In Poll

Research by TIFA hints at a tough battle but also shows that Matiang'i is among those to watch post-2022 elections.

Prison Break: Do they deserve the 60m reward offered by state.

Police reservists Gideon Mulei, Petero Kilonzi, and Joseph Kilunda who were among the team that captured the terror convicts who had escaped.

Despite offered a bribe to release three of the most dangerous criminals to ever walk on this land, this gallant men risked their lives and arrested the terrorists. And yet they are not from elite swashbuckling unit we see on TV.

How Oburu Was Sneaked Into Russia

In the first part of the exclusive serialisation of Oburu Odinga's book, he narrates drama of how Jaramogi used a Somalia passport to smuggle him out and the students riot that former minister JJ Kamotho led in Moscow. Tomorrow in the Sunday Nation: Why Odinga family was auctioned, Kibaki's first betrayal in 1990s and Ruto's cunningness during NDP-KANU merger talks. 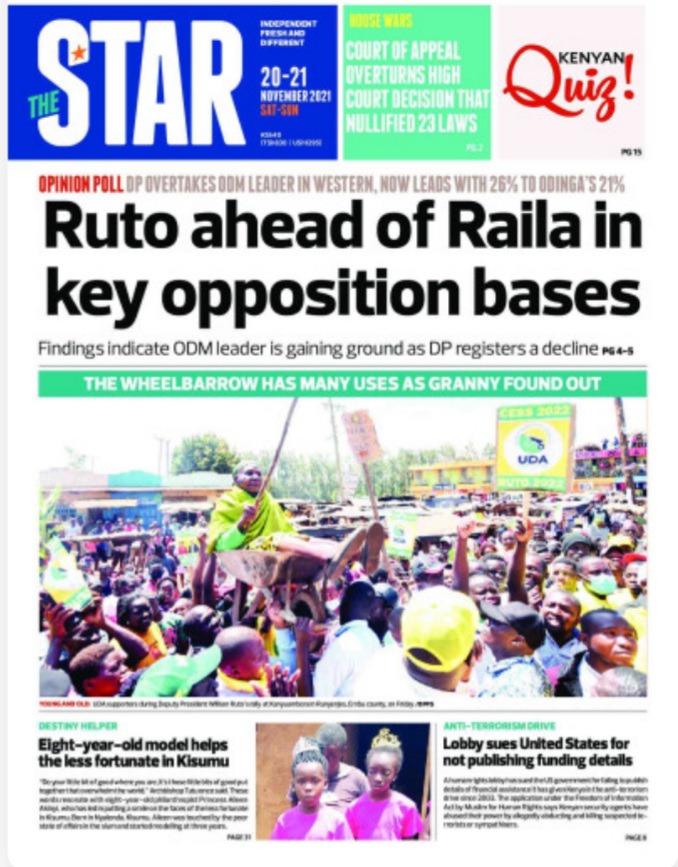 Ruto Ahead Of Raila In Key Opposition Bases 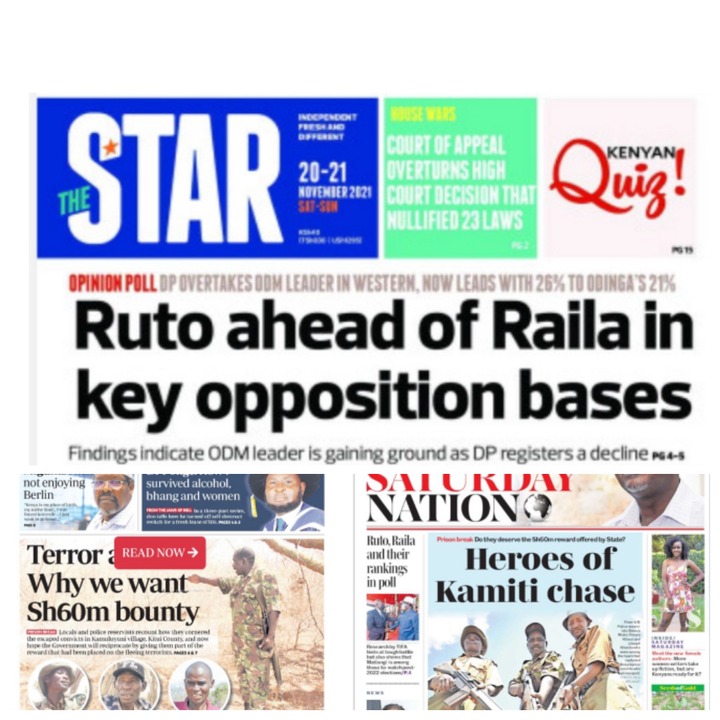 “Ruto Will Beat Raila In 2022" Former Chief Justice Reveals, Warns Raila Over Being Let Down

3 Reasons You Should Take the Covid-19 Vaccine ASAP

Linturi: OKA Is An Extension of Raila