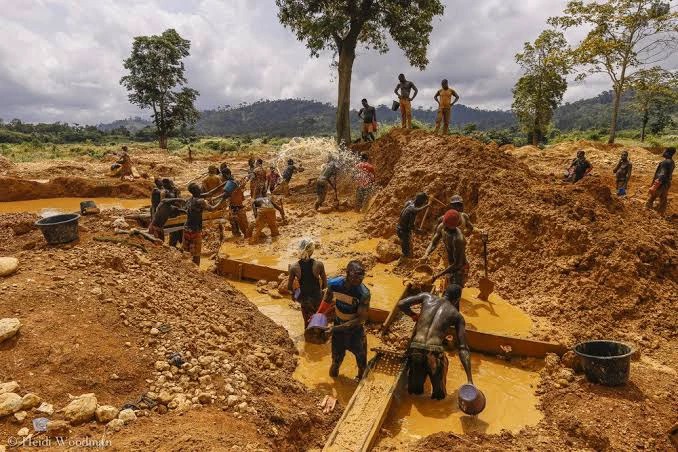 You all know Gold is an ornament of its own occurrence. In South Africa, it is the major mineral for the country and it is leading in gold mining in the world. In some Geography topics, we see various methods of digging various mineral where Gold becomes one of the most valuable mineral.

Another moment of pain and agony has engulfed residents in Siaya County. This is after a tragedy struck the area following the collapse of a gold mine in Abimbo on Thursday December 2 2021 burying eight people alive with two rescued from the scene!

The Bondo tragedy adds to the number of incidences where Kenyans have been trapped in collapsed mines. On October 13, two people lost their lives after the walls of a gold mine in Onyatta 'C'' village in Bondo caved in. As if this is not enough, soils have been burying people alive and the habit has been causing insecurity to most miners especially these rainy periods in some Kenyan parts.

An 18-year-old was among two people died after the walls of a gold mine caved in at Kivindo, Vihiga County on August 26. Area Chief, Aggrey Mudaki, attributed the tragedy to increased rainfall witnessed in the region for nearly a week.

In yet another incident, a rescue mission was launched after five people were buried alive on April 16, after a gold mine collapsed in Siaya County.According to Karanja Muiruri, Nyanza regional police, three people lost their lives while two others were retrieved from the debris.

Earlier in May, five miners digging gold in a mine in Ikolomani lost their lives after it collapsed. Eight others sustained injuries owing to the falling debris.

It has been a struggle for hustling Kenyans to change their lives only to find themselves in trouble. This has been happening in and outside Kenya which is very wrong. I think the government should take appropriate measured especially when they discover a beneficial mineral is somewhere so that they avoid losing innocent citizen lives.

This is all we could get at the moment. Press on in news so that you get such updates. Don't miss a word! Thank you and follow my channel for more updates like this one.