The wife to a Kirinyaga man, 59-year-old Samuel Maingi a man who was found dead inside his bedroom after he had invited two women from a club to his house for some steamy sessions, his wife broke a long time silence and poked for the first time since her husband was confirmed dead.

The late Samuel Maingi had spent his evening in one of the clubs in Kaigo town, Kirinyaga, he later went home with two youthful women, who turned against him, they gave him a drink that made him lose consciousness.

They two some valuable items in the house before running away, Samuel's wife, Monicah Wambui said that she is still shocked following what happened to her husband.

The wife stated that the incident which happened to her husband left the her in utter bewilderment as it happened when she was not around.

On the other hand, the police officers are still looking for two women who are said to be behind this man's death. 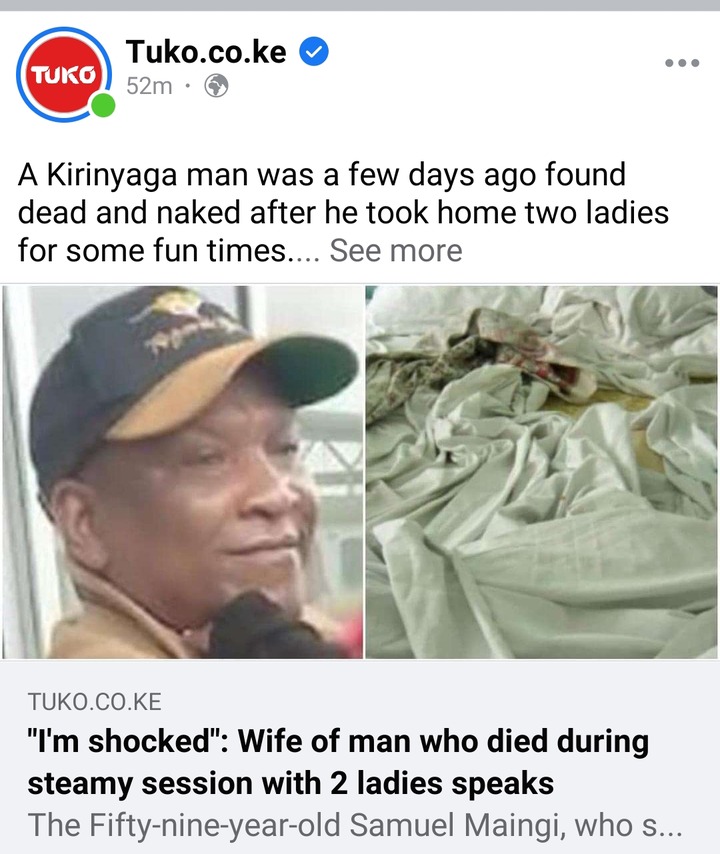