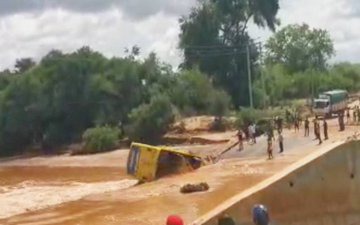 The country at large was shocked by reports that a bus had plunged into river Enziu in Kitui while ferrying Catholic Church Choir Members to a heading. Many people lost their lives in one of the most horrible tragic to have happened in the country this year. Fingers were pointed at the driver of the bus. But according to the survivor of the tragedy, he said that the driver is not to be blamed since he had refused to cross the flooded river.

According to K24 TV Kenya, the driver of the bus involved in a tragic accident that left atleast 20 dead on Saturday, December, 3 had refused to cross River Enziu in Kitui County which was flooded, a survivor has now said. In a narration by Simon Kea, the driver was under pressure from the passengers who were heading to a wedding that they were getting late for the function.

"The survivor says the driver was under pressure from the passengers since two matatus and a lorry had already crossed the river a few minutes before them." Tweeted by K24 TV Kenya 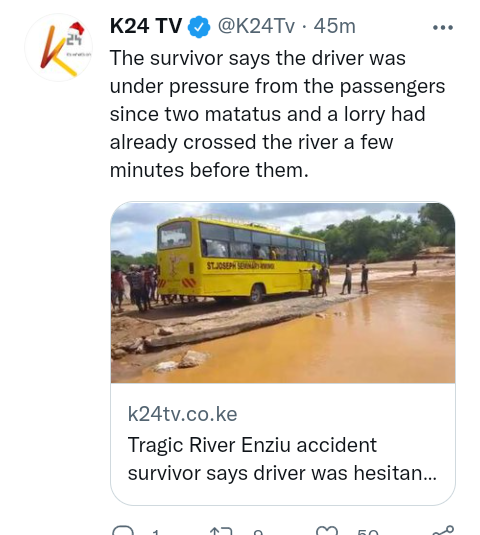 Itumbi Releases the Final Episode of The Much Awaited HNIB Declassification

Daughter overtakes father by two ranks NPS, father says he will obey commands from her