Baba Kwisha, Coast Residents In Dilemma After Raila Failed To Give In To Their Demand

By Jackiijerop (self meida writer) | 27 days 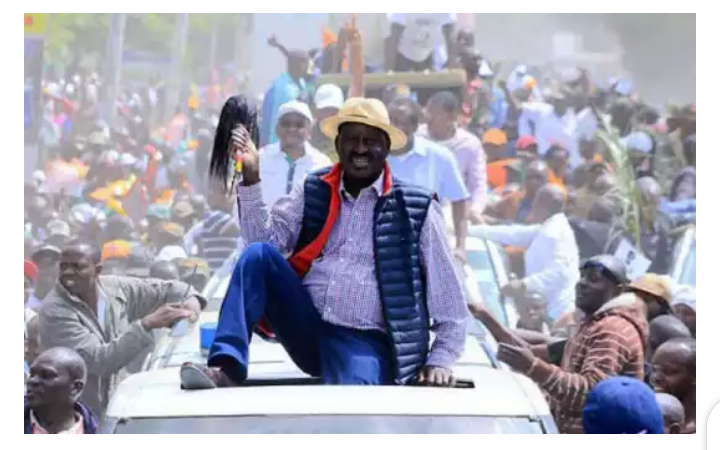 Raila Odinga disappointed citizens of Mombasa on Saturday by declining to endorse a well- known businessman to succeed Governor Ali Hassan Joho as the region' s next governor.

Despite locals' pressure to endorse him, the former Prime Minister stated that it was up to them to choose who would be their next county chief after Joho departs next year.

" No, I am grateful to Honourable Abdulswamad Nassir but as a Member of Parliament. For the governor' s position, it' s all about you, you will decide, " Raila Odinga.

This comes as two lawmakers are rumored to be seeking Raila Odinga' s support for the governorship of Mombasa next year.

When Mr Odinga visited the county on Saturday, Mvita MP Abdulswamad Nassir and businessman Suleiman Shahbal looked to be vying for his attention.

It has also been disclosed that ODM County Assembly members are interested in collaborating with Mr Shahbal in the run- up to the general election.

" Most of us support Mr Shahbal running for governor. We want a leader who will develop the projects started by Mr Joho, not seek public sympathy, " said one of the MCAs who asked for his name to be withheld.

He went on to say that it was still too early for Mr Joho to declare his position because the political tide was still shifting, but that he was willing to do so if necessary.

Other ODM members in parliament echoed his remarks, claiming that they had already presented their pick to the governor.

Joho has also begun to appear closer to Mr Shahbal in recent months than when they were significant political enemies.

If a by- election is held to determine who will represent the ODM in the Mombasa governorship campaign, this might be beneficial to Mr Shahbal.

Mr Shahbal ran for office with the Wiper party in 2013 and Jubilee in 2017, but failed to win the seat in both elections.

He recently announced his switch to ODM. Mr Joho' s insiders are gradually attracting Mr Shahbal' s side, thanks to the position of Mombasa MCAs.

The politicians that were significantly involved in Governor Joho' s campaigns during the previous election had already joined Mr Shahbal' s campaign force, it was disclosed in early 2021.