By Mtukufu (self meida writer) | 7 days

Recently one of the best investigative journalists in Kenya made a very disturbing discovery of how police officers higher out the uniform guns and even handcuffs civilians who use them to terrorize and steal from people by even injuring them and killing them. 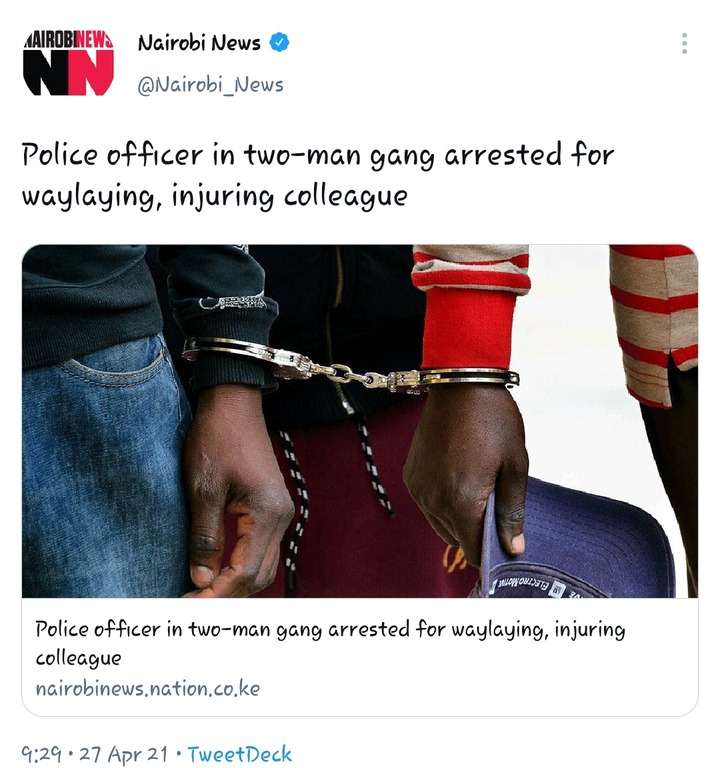 After the story aired on citizen television the director of the criminal investigation boss George Kinoti came out strongly to condemn the actions taken by the journalist to air such news instead of taking due action and work in collaboration with the journalist to catch the perpetrators of law.

According to the DCI boss, all information contained in the story was a total lie, and that he has never heard of any case of police hiring out their gears to civilians. George Kinoti promised to summon the journalist together with her bosses from Citizen TV. 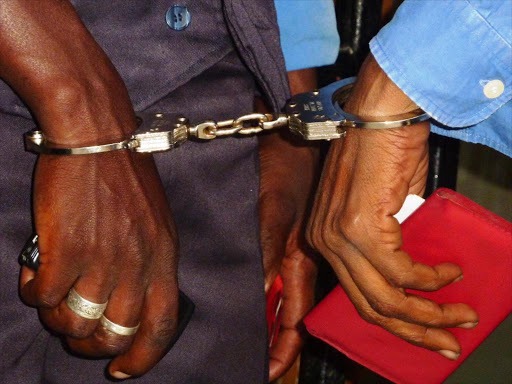 It is barely a week after he dismissed the claims by the investigative journalist a police and a civilian were yesterday nabbed in Changamwe Mombasa County both of them wearing full police gear.

According to a police report, the two suspects who were in police uniform flagged down Police officer Jeremiah Mungwana in the mainland area.

As officer Jeremiah Mungwana was trying to defend himself from the rogue officer he managed to identify one of the suspects who goes by the named officer Maxwell.

“Two people wearing police jungle uniform flagged him down and when he stopped the two attacked him. As he was trying to defend himself, he was able to recognize one of them as a police officer by the name Maxwell,” read the police report.

Now the big question here is, what does the Director of Criminal Investigation (DCI) boss, George Kinoti is publishing the report and efforts of our journalists trying to expose the dirty game in police service? 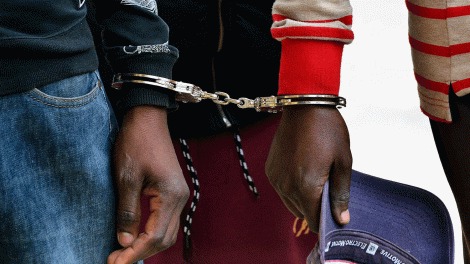 Are we Kenyans safe in the hands of the police officer as they continue hiring out their uniforms and firearms? Kindly share with us your opinion in the comment section below. Please do not forget to hit the above follow button for more important updates.