The scene is at Sirende village in Kiminini Sub County, Trans Nzoia. 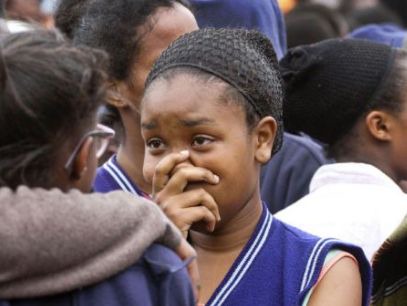 According to reports, the deceased was a pupil at Sirende Primary School.

Reports also states, he has committed suicide after he differed with his father.

According to officers' report;

"The 12-year-old pupil took his life by hanging himself inside his Stepmom's coffee plantation after his father, Dennis Khisa, assigned him some work at home, which he did not want."

"Before the boy committed suicide he had escape. Afterwards, his family members found him hanging on a tree in the maize plantation."

Note; The deceased had been living with his stepmother after his mother, Hellen Nekesa, separated with his father.

The boy had been at loggerheads with his father over the alleged mistreatment by his stepmother.

In conclusion, the deceased has been moved to Kitale county hospital mortuary.

Otherwise, police officers have received this Reports from the deceased's father. 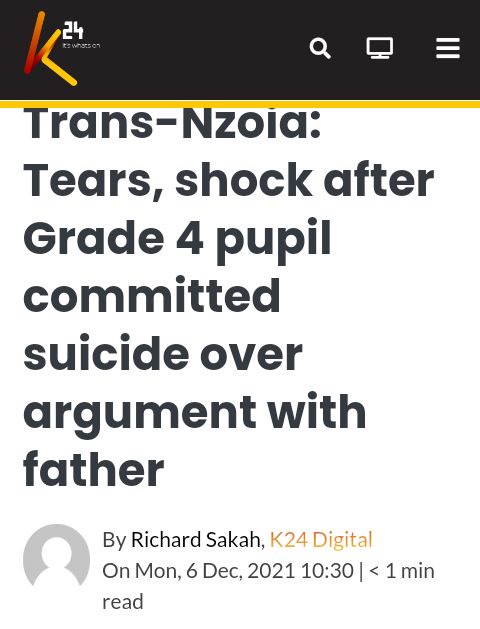