Are All The Above Four Men Now Dead ? 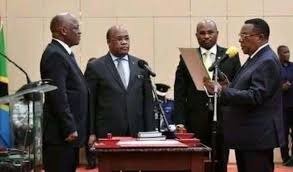 Covid 19 pandemic has threatened so many lives in the whole world.Every country has to roll up its sleeves inorder to fight this virus.The above photo has been circulating in the social media.The major surprising query is if the above mentioned have died of Covid 19 or not.However,it is true that the above mentioned are no longer alive in Tanzania as reported by KTN News.

From Left is the late President John Pombe Magufuli.His death shocked the countries at the wee hours of the morning.His death was announced by his Deputy President.Dr Magufuli died of heart related complications as opposed to the Covid 19 rumours.He has died at the age of 61.

Next to Magufuli is Ambassador John Kijazi.He was the Chief Secretary.He also died of heart attack on 17th February 2021.He died at the Benjamin Mkapa Hospital and was burried three days later in his ancestral home in Korogwe District Tanga region.

Third left is Oswald Simon Majuva.He was one of the President's Assistant in the statehouse.He was later moved to Mara where he served as Deputy Provincial Commisioner.Majuva died last week on Friday 12th March.

The man taking an oath is Augustine Mahiga.He was the legal affairs and constitutional minister in the first term of Magufuli's administration.He died on May 1st 2020.The reality is that the above four men have died.Their photo above will remain in the memories of many. 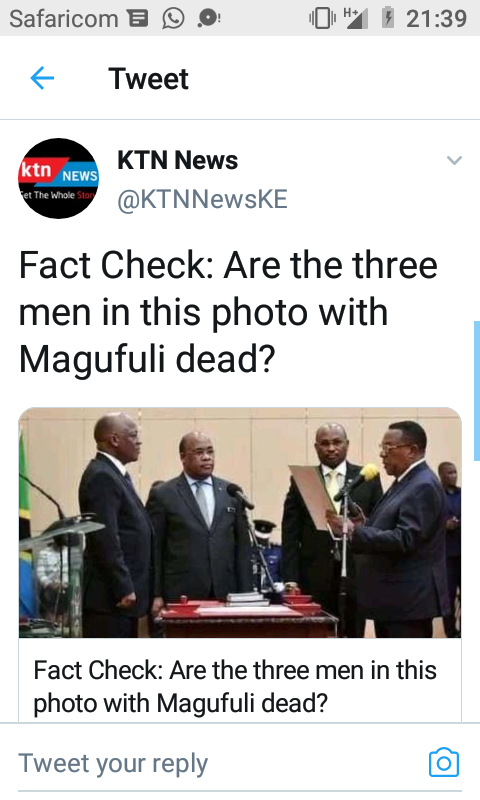 'See How And Where The 13 Disciples Of Jesus Died (Photos)

Hamisa Mobetto Says She Is Working On A Collabo With This Two Celebrities, Find Out Who They Are

Zora: " Goodbye Zora" Madiba Promises To Give Up On Chasing Zora