By Koechii (self media writer) | 4 months ago 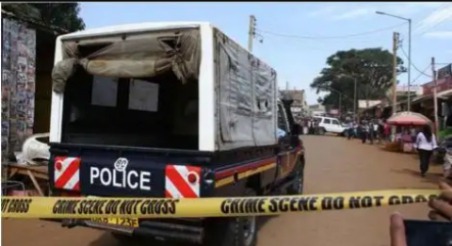 The Pharmacy and Poisons Board (PPB), in affiliation with the National Police Service (NPS), has apprehended over 70 people condemned for unlawfully involved in the medicines business.

Police had issued a statement published on Friday night, April 1, noting that PDB was executing a countrywide crackdown geared toward removing all unlicensed practitioners operating chemists.

The exercise has been a success because it has transpired in the seizure of at least 113 boxes of several Medical Products and Health Technologies (HPTs) discovered in the unlawful building.

Kaluai Julius, the Head of Enforcement and Surveillance, stated that the 70 people who had been apprehended were being cleansed for litigation in court.

“The seized medicines will be investigated and disposed of as guided through the issued court orders and in agreement with the PPB approaches and operational Standard Operating Procedures on disposal of pharmaceutical waste,” Kaluai asserted.

Persons found in violation of the PPB regulations will be charged with having poisons while not being an authorized seller of poisons contrary to the Pharmacy and Poisons Act, Cap 244 Laws of Kenya.

The crackdown also aims to enforce the recently published closure notices that were meted out during combined crackdowns and regular pharmaceutical regulatory assessments.

The Board will also undertake to audit the controlled drugs and medicines prescription of medicine, paperwork by pharmacy regulations, as well as the enactment of warrants of arrest for pharmaceutical offences.

The subpoenas were published by several courts within the defined area after the suspects implicated in various pharmacy-related offences failed to appear in court, according to the head of good distribution practices.

Provisional Presidential results As At 10:33 AM From NTV

6 Things To Avoid When It Comes To Achieving Your Goals