By Newsgang (self meida writer) | 26 days

An obituary has caused mixed reactions among social media users with some questioning the motive of the deceased co-wives after the two came up with a parallel obituary for their deceased husband.

According to an obituary that has been circulating online for the better part of this afternoon, the deceased who goes by the name David Njoroge Mwaura died on August 19, after a short illness. However, what amused netizens is the way the late Mwaura’s wives placed parallel obituaries to eulogize their late husband. 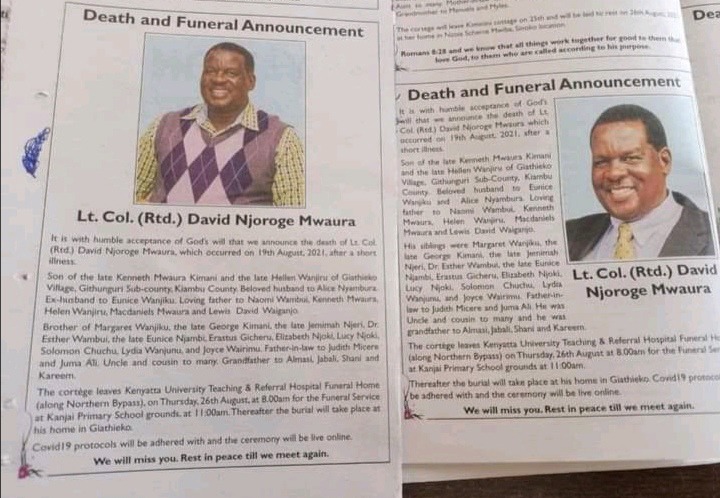 In addition, the second obituary further revealed that both Eunice and Alice were wives to the deceased hence acknowledging them as co-wives.

“Beloved husband to Eunice Wanjiru and Alice Nyambura”, read part of the obituary.

However, the parallel obituaries which are believed to have been created by the co-wives have received mixed reactions among Kenyans online with many claiming that it was not necessary for the two to compete in public.

Some went ahead claiming that Eunice was mature given that despite everything she still went ahead and acknowledged Alice as her co-wife whereas Alice acknowledged Eunice as Mwaura’s Ex-wife.

The late Mwaura will be buried tomorrow at his home in Gathieko after a funeral service at Kianjai primary school grounds.

Below are some of the comments from Kenyans online. 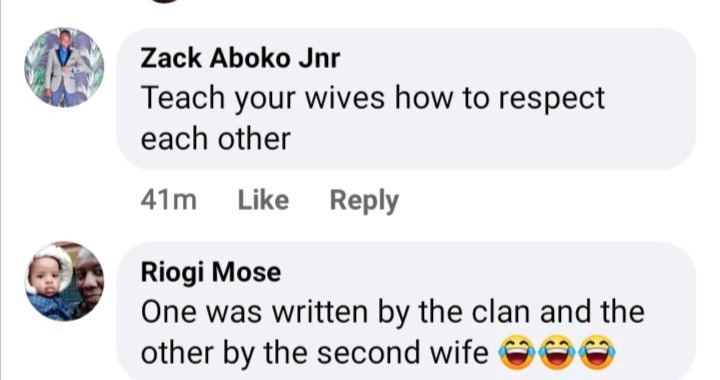 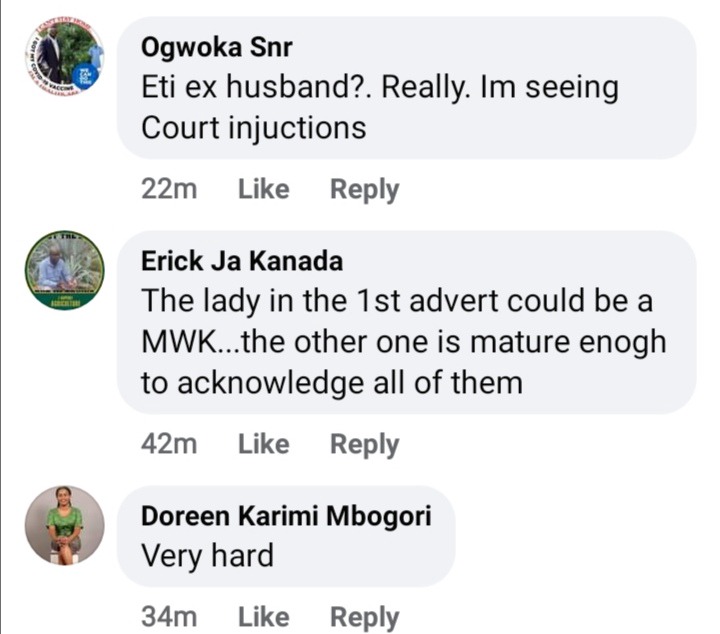 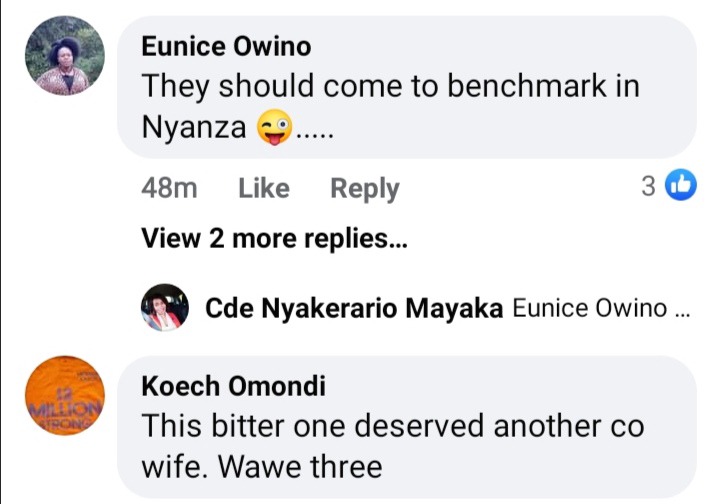 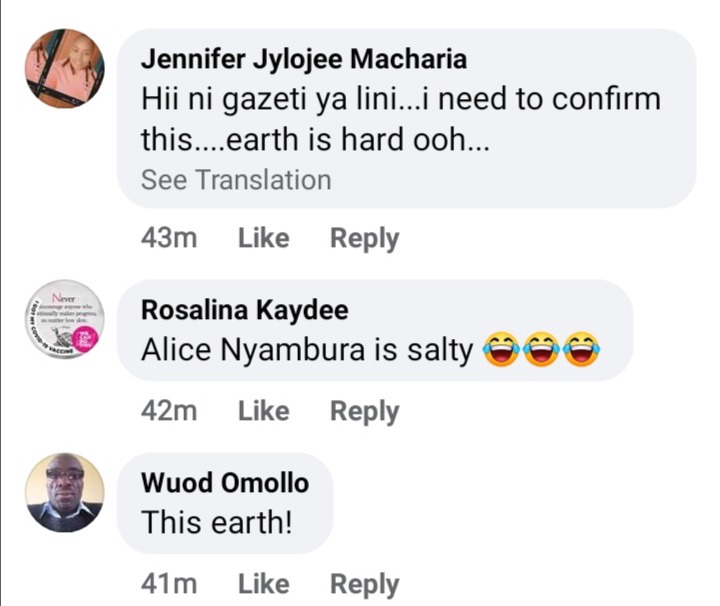 (Some of the comments from Kenyans on social media)

Was it right for the two to come up with a parallel obituary? Kindly share your opinion.