By Description (self media writer) | 17 days ago 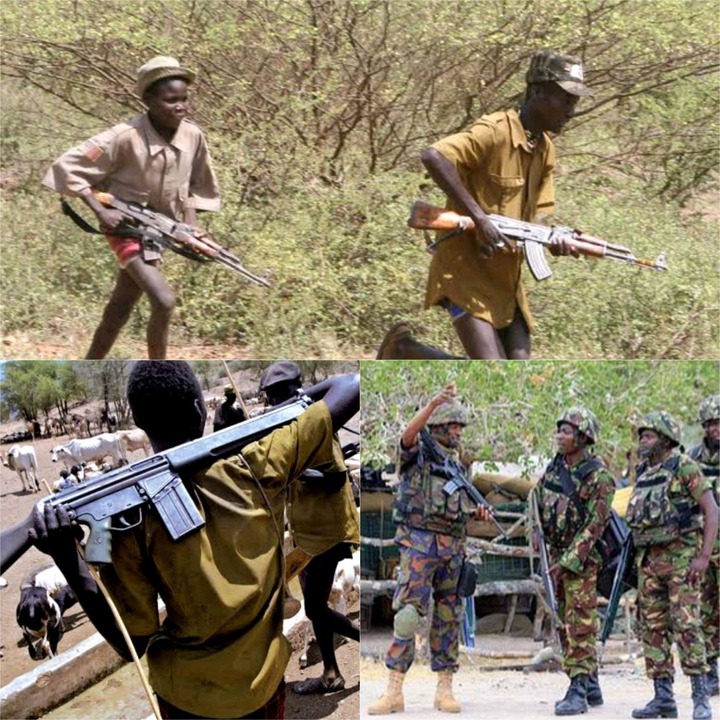 Gunfire has left many people including children in pain and in a state of shock in areas that are affected by banditry.

According to 11-year-old Limo Poriot, the sound of gunfire usually scares him to death and brings him the painful memories of how he was left maimed and walking in crutches. Poriot says that he wishes he could join his friends to run and play their childhood games.

Poriot recounts how he was caught up in deadly conflicts at Riong'o village which is in Baringo County. An incident that happened one afternoon in May last year. Poriot says that he was looking after goats together with his friends.

The young boy narrates how he was caught in unexpected situation where security officers were patrolling the area. The young boys were shocked after they spotted armoured vehicles patrolling the area which were carrying heavily armed security officers who were in an operation to flush out the bandits who had invaded the area. Out of shock, the boys started running away and that is when Poriot was shot two times in the leg, a thing that completely changed his life. 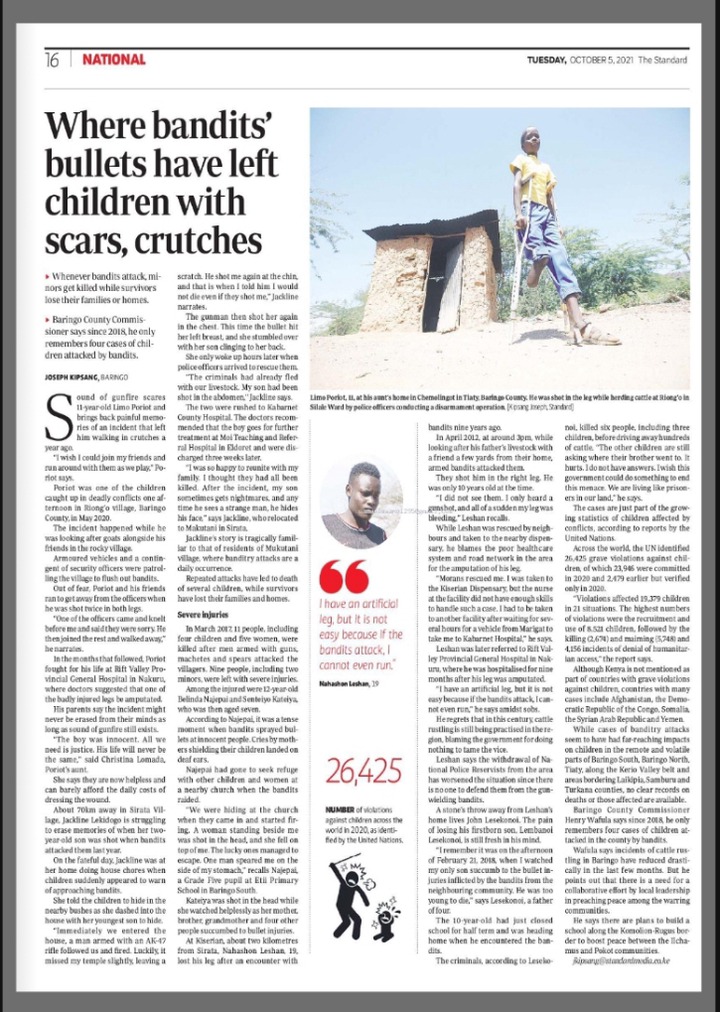 Poriot's parents say that all they need is justice considering that the security officers shot a little boy who knew nothing about bandits. Additionally, the boy was running away out of shock. Poriot explains the incident saying "an officer knelt before me and told me sorry before he walked away."

Jackline Lekidogo, a resident of Sirata Village in Baringo also narrates how she together with her son, aged 2 years, were shot by bandits. She says that she was attacked by men armed with AK-47 who fired at her and the bullet hit her child at the abdomen. She narrates how the gun men shot at her several times at her chin and at the chest but she survived. Her child also survived after undergoing specialized medication. How she says that her child has been having nightmares since that incident and always fear strangers.

Repeated bandits attacks have also resulted to a number of deaths of children. A child identified as Najepai narrates how she witnessed people shot by bandits while in their hideouts. Najepai is a grade 5 pupil at Etii Primary School in Baringo South who says that they were hiding in church when the bandits who were armed with guns, spears and machetes attacked them. The pupil says that women and children were killed among them were 12-year-old Belinda Najepai and Senteiyo Kateiya. Najepai survived after being speared at the side adding that several others managed to escape.

As bandits attack continues in many parts of the country, it has impacted negatively towards children leaving many with bullet scars and others unhealed wounds in their hearts after what they consider as their worst encounters. The areas that have led to serious negative impact on children due to banditry include Samburu, Baringo, Laikipia and Turkana Counties. Banditry has also affected learning for many children.