Kenyan Fish vendor Nicholas Nthiga 42 years of age detained by detectives in Tharaka Nithi county after he allegedly stabbed a fellow worker at a business working site in Ntabuta during an argument over payment of the fish price. "After a long day at Tharaka Nithi bussiness site, the two were quarreling over the price of fish at their vendors .", area chief Emmanuel kibunjia confirmed the incident. 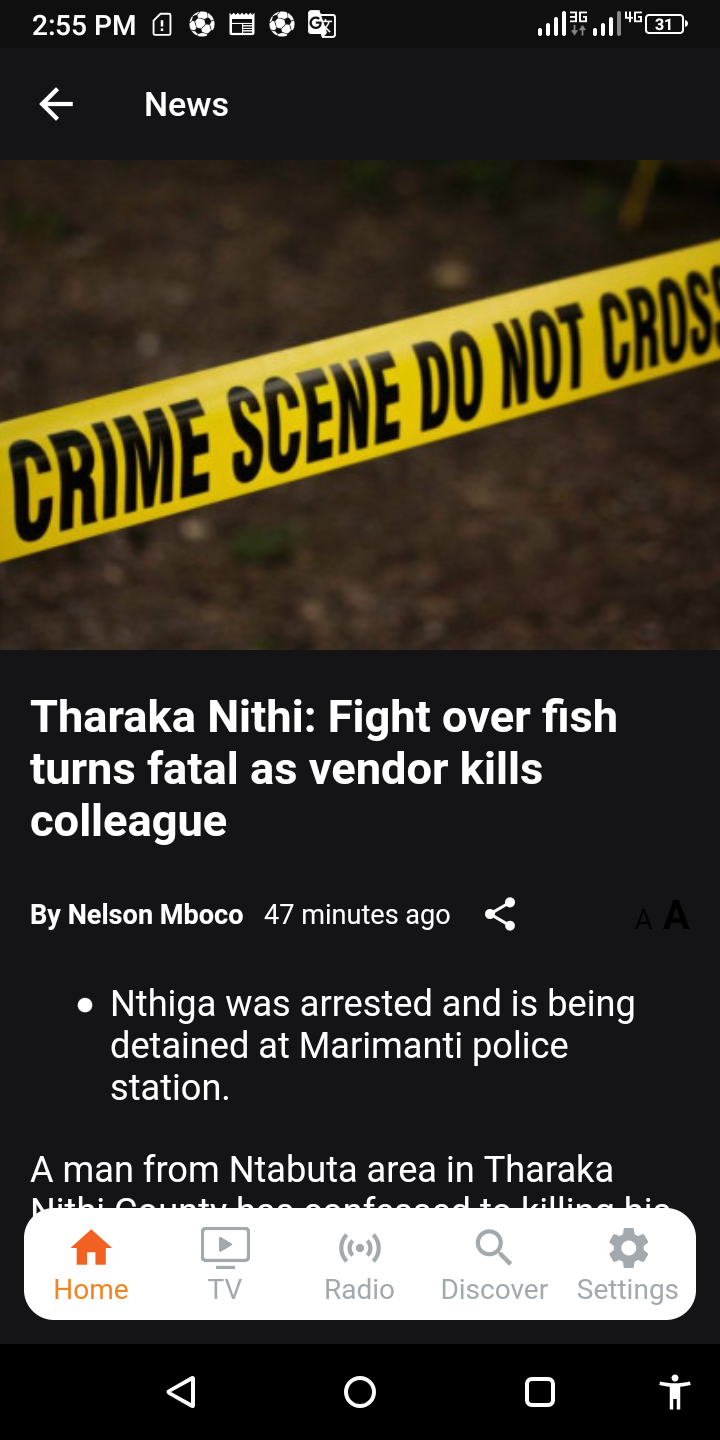 "According to reports, Mr. Nicholas Nthiga, 42, and another man only known as fish vendor M.r Geoffrey Mukinda, 34, both of Tharaka Nithi County, got into a fight over the price of the stock of fish saying he refused to pay for it", Mr. Emmanuel areas chief said.

It is believed that Mukinda allegedly hit Nicholas Nthiga before he picked up a kitchen knife and stabbed Mr. Mukinda in the left leg, inflicting a serious deep injury.

After the attack, the suspect vanished into a nearby bush under the cover of darkness but he was later pursued by detective copes and detained at Marimanti police station.

Police are investigating the incident and are pursuing the suspect.

The body of the victim was taken to the Tharaka Nithi County referral hospital morgue.

Man poisons and Stabs 4 children, dies by suicide after wife demands For This