Incidents of thugs attacking police stations and making away with guns while at the same time killing police officers have been on the rise in the country with the authorities unsure of what to do to mitigate this scourge. 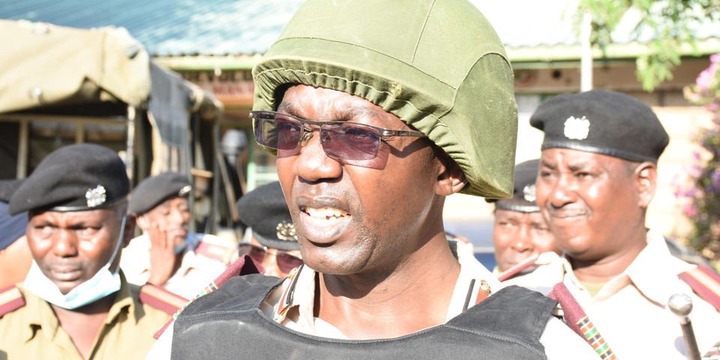 Picture courtesy. Isiolo County Commissioner Geoffrey Omoding while speaking to the press about the incident.

The Interior Security Cabinet Secretary, Dr. Fred Matiang'i, ordered the closure of police posts that had less than ten officers manning it as the bandits ensure that the ones they attack are ones where officers are two.

About five months ago, Police Constable Francis Njeru, was shot dead by thugs after his colleague is said to have gone to make a call at a nearby primary school where there was network several metres away from the station.

The thugs made away with two guns loaded with forty rounds of ammunition from the Loruko Police Post.

This morning, according to reliable reports from Daily Nation Newspaper, another attack is said to have been propagated on a police post in Oldonyiro Kenya Wildlife Service field station found in Isiolo County.

Two officers who were preparing supper at the station were caught unawares after the bandits sprayed the area with bullets indiscriminately.

One of the officers is said to have succumbed to his gunshot wounds at Nanyuki Cottage Hospital in Laikipia County as he was undergoing treatment.

Isiolo County Commissioner Geoffrey Omoding said that they will deal ruthlessly with anyone who will be found to have been involved in the crime that happened few days ago.