An armed robber has been killed when trying to rob a pugilist. The scene is in Muguga, Kiambu County.

According to the Directorate of Criminal Investigations (DCI), the deceased's name is Atuya.

The DCI have also confirmed that the deceased had a attacked the pugilist, in the middle of the night. 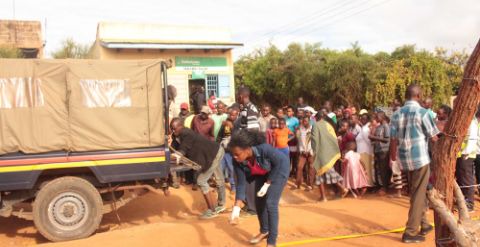 At the time, the deceased was among a gang of three thugs, who were armed with crude weapons.

Some of the crude weapons were a knife and a boulder which they used to knock the door of the pugilist's house off its hinges.

According to the pugilist, the scene occurred at 2am in the night. At the time, he was woken up by a loud band after the thugs knocked out his door.

Narrating the scene; after the bang, he got out of his bed and went to face the thugs who wanted to raid him.

During the scene, the three thugs outnumbered him but he still strived to win the war.

Luckily, as the three thugs were beating him up, he reached a knife that one of the tycoon had dropped.

Then drove the knife in one of the thugs neck. As a result, the thug, Atuya, died on the spot as the other two thugs run away.

After the incident, the tycoon reported the scene to police officers, who later arrived and moved the deceased to Kiambu mortuary.

Note; the DCI have warned victims of attacks to refrain from confronting armed robbers as it may lead to loss of lives.

What's your take, share it on the comment section. Remember to support us by sharing this article. 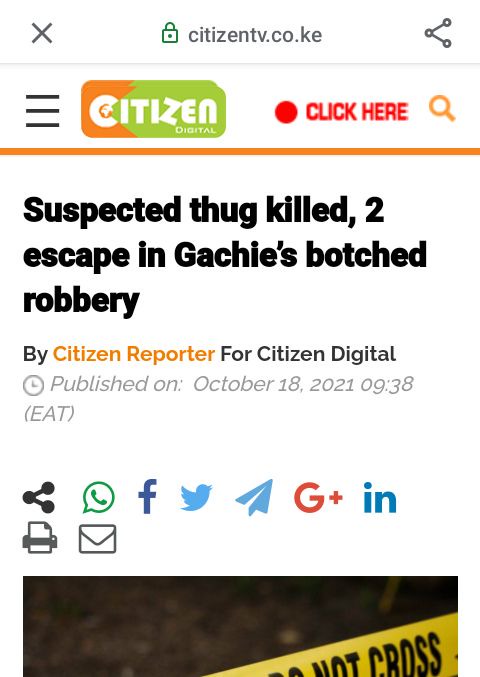 Traffic Police Officer Dies On The Spot After Being Hit By A Matatu Along Valley Road, Nairobi.

Omanyala Joins The Likes Of David Rudisha In The Police Service.