A 25 year old former worker identified as Emmanuel Wanjala has been arrested in Eldama Ravine after he alleged struck the employer's son on the head with a panga. The incident took place at Benonin village. The employer's son sustained a cut on the left side of the head which caused a serious injury. The son has since been rushed to Mediheal hospital in Nakuru for treatment of his wounds. 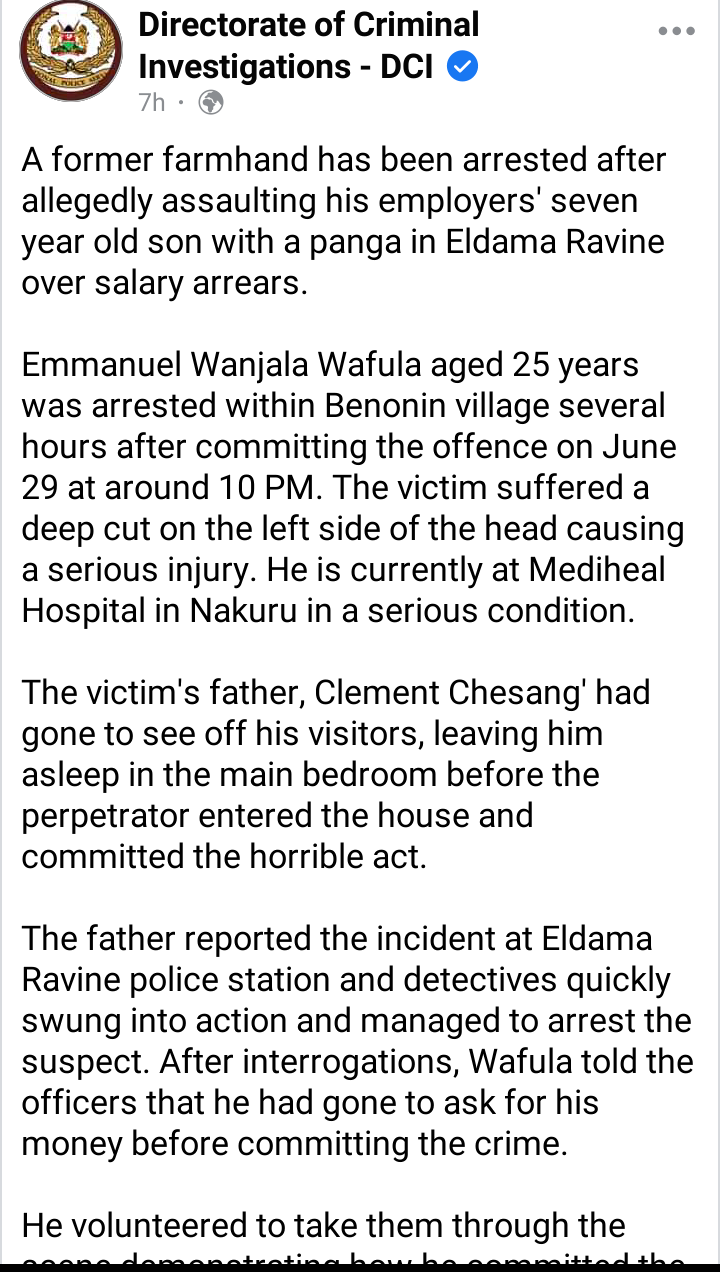 How did the incident unfold?

On June 29th at around 10pm, the suspect is said to have accessed the main bedroom where the son was sleeping before the heinous act took place. All this happened while the employer, Mr Clement Chesang' had gone to see off visitors who had been at his home earlier. 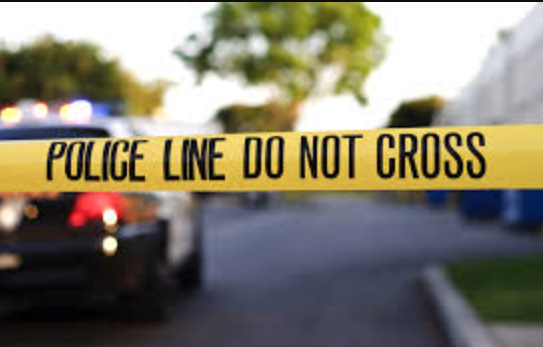 Upon arriving at his house, Chesang' was astonished at his son's condition. He quickly notified the police at Eldama Ravine station. The detectives were quick to conduct a swift investigation and nabbed the suspect before he could escape the village.

The suspect claimed that he had gone to demand for his overdue money when he found Clement not in his house. It was then that he was tempted to terminate the life of his son.

The culprit agreed to replay the events of that time before he committed the offense. He even went ahead and showed the officers where he hid his weapon. Detectives recovered the weapon a few meters from his employers home stained with the son's blood.